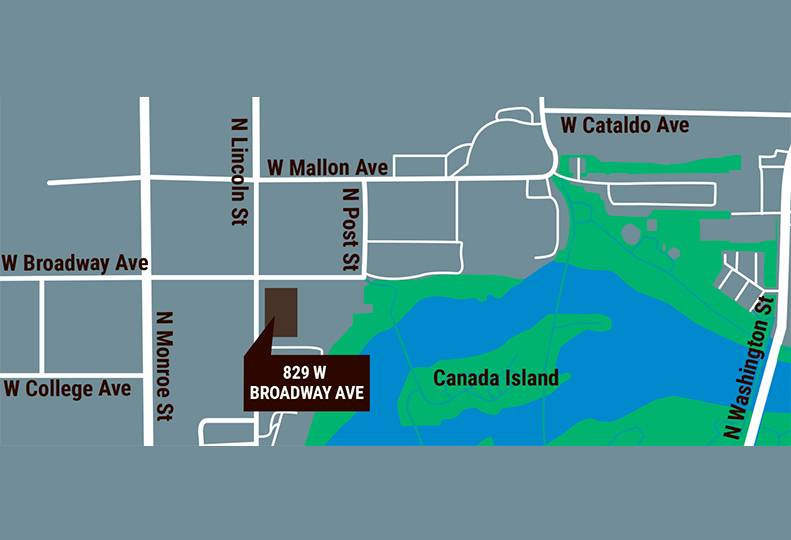 The Falls LLC, a development company headed by Spokane’s Lawrence Stone, is considering construction of a third tower alongside a pair of structures it plans to build on the north bank of the Spokane River, just north of Riverfront Park and downtown Spokane.

Located at 829 W. Broadway, the site of the old YWCA buildings, the Falls initially surfaced as a $60 million project that would include two 10- to 15-story high-rises with a mix of apartment units, hotel rooms, condominiums, retail space, and restaurants.

Wes Southwick, project manager for The Falls, says, however, the company recently realized while reviewing site plans that a third high-rise with 10 to 15 stories could be added on the 2.25-acre site.

The first two multiuse high-rise towers would be 13 levels above grade with three levels of underground parking each. The third tower now being considered would go where a three story, 27,000-square-foot retail-office building had been planned as part of The Falls development.

As envisioned, Tower Three would be similar to Tower One, which will include between 100 to 110 apartment units, with 20 to 30 condominiums, and restaurant space on the first floor, says Southwick.

However, Southwick cautions, “We are still in the design review. And we’re still making some tweaks to the project.”

Tower One also will have three stories of underground parking, he says. The company has found basalt in the ground on the northern end of  the property, which could force the developers to reduce underground parking planned for the other towers, Southwick says, but the current plan is to have one to three levels and to connect the parking between the three towers.

Initial plans for Tower Two are to develop a hotel and condominiums on the northwest corner of the triangular parcel near Lincoln Street and Broadway Avenue, Southwick says, although the plans might change as the project moves forward.

Tower One is expected to be built first on the southern corner of the parcel--just north of the Anthony’s at Spokane Falls restaurant, at 510 N. Lincoln--and will take roughly two years to complete, he says. The company is hoping to break ground this year, but no official timeline has been established yet.

Work on Tower Two likely won’t start until Tower One is finished and almost completely leased, Southwick says, as interest in the apartment units could cause the company to change Tower Two from a hotel to an apartment complex.

Tower Three, should it move forward, would be located on the northeast corner, near the corner of north Post Street and west Broadway Avenue where the three-story office and retail building had been planned initially.

Tower Three is still in the early planning stages, says Southwick, and won’t be built until much further down the line.

Southwick says the project value currently still is estimated at $60 million, although that value might increase with the addition of the third tower.

Amenities in the preliminary plans include a gym, a mail room, lobbies, and conference rooms, Southwick says.

The company recently brought on a landscape architect to plan other site improvements, says Southwick, which could include a plaza area and a walking path, along with landscaping.

Seattle-based Collins Woerman Co. worked on the initial design, but Southwick says the company has opted to work going forward with another design firm, which he declines to name.

Stone, CEO of Scafco Corp. and the head of The Falls, purchased the development site’s property on west Broadway Avenue in late 2010 for $3.2 million.

The development hit a small bump last December when the Spokane City and County Historic Landmarks Commission placed a hold on the demolition of the former YWCA buildings while it decided whether the 54-year-old buildings warranted historic designation. It’s the commissions policy to review any structures 50 years or older.

The buildings were declared historically significant by the commission and further documentation of the buildings was required before the demolition could move forward.

Work on the first building, a 75,000-square-foot facility, is nearly complete, and work on the other two buildings will begin soon, says Nick Czapla, the company’s chief operating officer. Construction is expected to be completed in September.

The company also is developing a 100,000-square-foot building at the northeast corner of Fancher Road and Sprague Avenue.