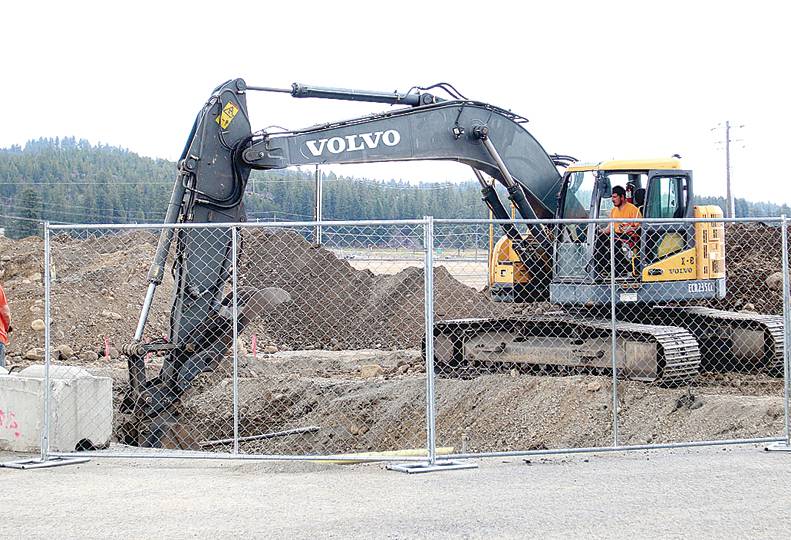 The building will provide space for Wagstaff to expand one of its main product lines in the company’s applied technologies division, says Kevin Person, CEO of Spokane operations.

Yost Gallagher Construction, of Spokane, is the contractor on the project, and Mercier Architecture, of Spokane Valley, designed it. The project is expected to be completed in late August.

Person declines to disclose the cost of the project, although building permit information on file with the city of Spokane Valley lists the construction value at $5.8 million.

Wagstaff manufactures machinery needed by customers worldwide to cast molten aluminum into solid ingots, which are long, rectangular slabs, or cylindrically shaped billets. The company also provides the technology to operate its automated equipment and other related services, including the supervision of equipment installations at its customers’ facilities.

The company aims to increase sales in the nuclear industry by offering more products and participating in requests for equipment that are coming from several national labs, which work in all aspects of nuclear research, he says.

Person says that the company is leasing space at a nearby facility and the new addition will allow it to bring production and employees back to the main site in Spokane Valley.

G North will include four manufacturing bays, and its exterior will match surrounding buildings onsite.

“(We’re) freeing up space in our existing building that’s moving over to the new building, so we’re actually spreading out … it will allow us more flexibility for future capital equipment installations, but right now we don’t have any specific plans for that,” Person says.

The total square footage of the Flora Road facilities will be 264,800, with manufacturing operations taking up 194,500 square feet, he says. Office space occupies 41,000 square feet, and 29,300 square feet is devoted to research and development.

Wagstaff currently has a total of 457 employees, with 386 of those in Spokane.

That’s up from about 350 total employees the company had in 2012, when it constructed a 57,000-square-foot expansion at the Flora Road site.

The company also operates a 128,400-square-foot plant in Hebron, Ky., and has a number of sales and technical personnel based at sales and service offices overseas, including in Australia, Russia, India, and China.

Having employees work for Wagstaff who are local to international customers, know the language, and are familiar with the customs, helps steer business for the company, Person says, adding that those employees can navigate their country’s specific employment laws, business tax, and local companies.

“International trade is an important part of our business,” Person says.

India and the Middle East are growing markets for the company, he says.

Wagstaff is back into discussions about getting contracts formalized that will give it additional business in Russia, since U.S. sanctions on Rusal were lifted earlier this year, Person says.

The North American market also has picked up, Person says, and investments in North America are growing from the customer standpoint.

“The way the aluminum industry works is production costs go up in some countries, (and) aluminum companies start shutting things down. Things have slowed down in China … that’s affected the balance around the world,” he says.

In the U.S., Person says, the federal Tax Cuts and Jobs Act of 2017 significantly reduced business taxes and made it more favorable for domestic producers to ramp up their businesses.

“It increases demand as imports of aluminum have been affected with the tariffs that drive up the ability of U.S.-based producers to make up that capacity in the market place,” he says.

In the 1990s, 80 percent of the manufacturer’s revenue stemmed from its domestic markets, and in 2010, the company reported a change in revenue sources with international business comprising more than 80 percent, as previously reported by the Journal.