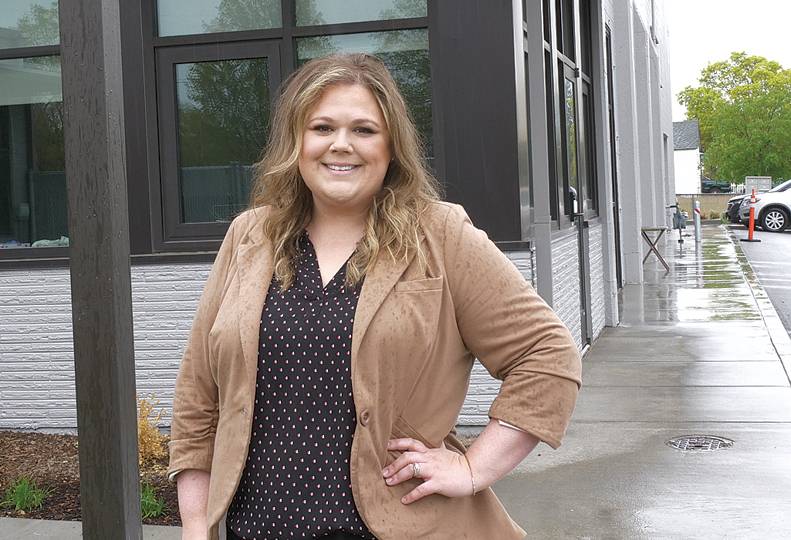 Women Helping Women Fund has transformed its model to a collective-giving community, a model the organization says gives more power to its donor members.

Heather Hamlin, executive director of the Spokane-based nonprofit, says the COVID-19 pandemic provided an opportunity for the organization to evolve. WHWF traditionally has held an annual fundraising luncheon, but the pandemic prevented that for two years.

In November 2020, WHWF launched a collective-giving community, also known as a giving circle. A collective-giving community is a democratic charitable-giving model in which members of a philanthropic organization contribute to a grants pool and vote on recipients of grants. WHWF uses ranked choice voting to express how they’d like to prioritize programs categorized into 10 focused-funding areas. Focus areas include youth enrichment, food and basic needs, and domestic violence education and outreach.

Hamlin says collective giving via grants is a philanthropic model that is gaining popularity in the U.S.

Members pledge $300 or $600 a year to become part of WHWF’s collective-giving community.

“When all of those funds are pooled together, and we can award larger grants, it’s transformational for our community,” she says.

Because WHWF identifies focus areas before inviting programs to apply for funding, applicants know ahead of time whether their proposal is likely to receive funds.

“When we open our grant application for nonprofits in the fall, nonprofits know what the key priorities are going to be and what we’re most interested in funding,” Hamlin says.

To raise funds and celebrate WHWF’s 30th anniversary, the organization held an event earlier this week which included speeches from the authors of “Notorious RBG: The Life and Time of Ruth Bader Ginsburg” and a performance by Spokane Symphony musicians, followed by a cocktail hour and a push for more fundraising through one-time donations.

“The format is no replacement for the annual luncheon that everybody has loved for all of these years, but it’s to celebrate in a unique way,” Hamlin says. “It’s likely that we’ll return to the traditional luncheon format in 2023. It all depends on what the community enjoys most.”

Six Spokane women founded WHWF in 1992: Mari Clack, Marcy Drummond, Vicki McNeill, Shirley Rector, Janet Skaden, and Vivian Winston. Hamlin says that the six were lunching one day when they decided to make the changes they wished to see in the area and invite others to join them.

“Vivian Winston’s husband was the founder at Winston & Cashatt (law firm), and they stomped into his office and incorporated the nonprofit right then and there,” Hamlin says. “These were women you didn’t want to say no to. These were women who were powerhouses, mavericks, pioneers in leading the community.”

“They would be amazed to see what this has grown into,” Hamlin says.

WHWF expanded its physical footprint in early 2020, when the organization moved to its new headquarters at 3704 N. Nevada, where it occupies 6,000 square feet of space. A 3,000-square-foot space on the first floor of the building is set aside for events, while the remaining space on the second floor is dedicated to offices, meeting space, and a studio for filming informational videos and hosting livestreamed events.

WHWF had been based out of a 300-square-foot office in the Eldridge Building, downtown, since its founding.

When the space became vacant in the North Nevada Street building, which is owned by Hutton Settlement and also houses Logan-Lidgerwood Head Start through Community Colleges of Spokane, the organization was eager to expand.

“We are very involved in child care advocacy and funding different child care initiatives, so the fact that this is attached to a Head Start building made a lot of sense for us,” Hamlin says.

Hamlin says she hopes the next phase of growth for the organization will include more funding to disperse.