Many people are making more on unemployment than in jobs, some say 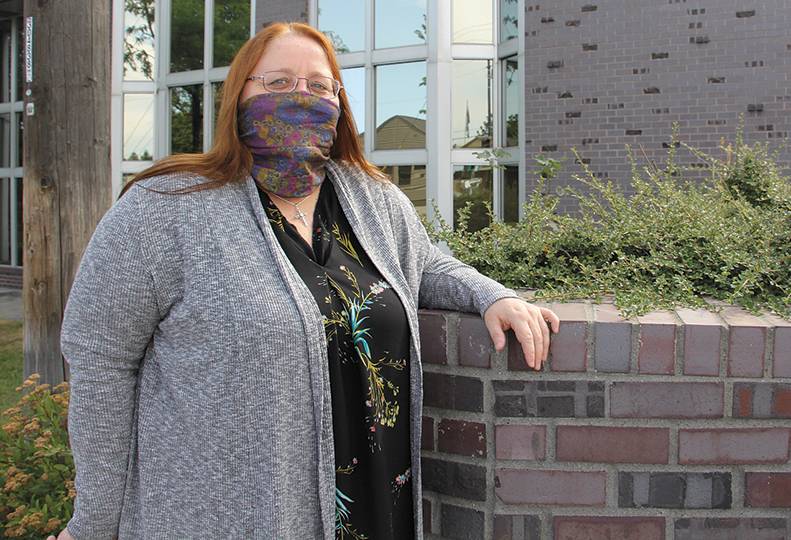 While the number of people unemployed in Washington state is falling slowly, a combination of fear of contracting COVID-19 and an additional $600 in weekly federal pandemic unemployment benefits have led some people to refuse to return to work, some observers here say.

Andy Niska, owner of Spokane-based Love In Home Senior Care, at 1520 W. Garland, says 10 of his 70 employees either have refused outright to return to work or have ignored Niska’s attempts to ask them to return.

“They just will not respond,” he says. “They will not take shifts. They will not be engaged as an employee with us anymore.”

One employee refused to return to work due to her fears of the COVID-19 virus, Niska says.

“She was fearful that if she continued to work, that she might unknowingly contract COVID-19 and be working with our vulnerable older adult population and possibly spread the virus,” Niska says.

Doug Tweedy, regional economist with the Washington Employment Security Department, says there are a handful of legitimate situations in which an employee can refuse to return to work. Those reasons include being at higher risk for severe COVID-19-related illness, living in a household with or providing direct care for a high-risk person, being asked to work at a worksite that doesn’t follow federal or state labor and health guidelines, and caring for a child who is unable to attend school or daycare due to closures.

Choosing not to return to work due to the amount received through unemployment insurance isn’t a legitimate reason to remain unemployed.

But Mike McBride, business and industry analyst with the Spokane Workforce Council, says many employers suspect that the additional $600 a week in federal pandemic unemployment compensation, provided through the Coronavirus Aid, Relief, and Economic Security Act, has enticed some workers to avoid returning to work.

“A lot of employers have mentioned the $600 extra per week being prohibitive to getting their employees back to work, if they’re making more with the additional $600 than they would working,” McBride says. “It’s a very easy economic decision to justify not going back to work, especially with potential dangers in actually working, especially if you’re in a front-line position.”

The federal unemployment boost ends tomorrow, July 31. Congress had not approved a plan to extend the pandemic unemployment compensation program before the Journal went to press.

However, conversations at the federal level about extending the program are ongoing. Senate Republicans have proposed providing a lower pandemic unemployment compensation of $200 per month, while states readjust unemployment benefits to about 70% of income.

Annette Shay, administrator at Love In Home, says the additional $600 per week afforded to unemployed people by the federal government has been an incentive for some to commit unemployment fraud. Shay says she’s hired about 15 employees who worked for a day before leaving and filing for unemployment.

“It’s because of that $600 incentive,” Shay asserts. “The percentage we have to pay on some of the claims is minimal, but we’re still having to pay a percentage to these people who worked one day and quit. We’ve even had people who have never worked for us apply for unemployment and say they worked for us.”

Part of the issue lies in how much people can make on minimum wage versus by claiming unemployment.

“In general, people who work minimum wage jobs make more on unemployment than they do working their job,” Shay says.

At Love In Home, the starting hourly wage is $14.50, a dollar more than Washington state’s minimum wage.

Grant Forsyth, chief economist for Spokane-based Avista Corp., says that if the federal pandemic unemployment compensation program expires, many people will be forced to re-enter the labor force quickly. If it’s extended, some people might choose to remain on unemployment insurance longer than they otherwise might have done so.

“That doesn’t bother me much as an economist, because the whole purpose of those unemployment benefits was to keep consumption from collapsing,” Forsyth says. “Even though these extended unemployment benefits may have caused people to stay out of the labor force longer, I think they’ve also been instrumental in keeping (consumer spending) from collapsing, which, at this point, you really don’t want to see.”

Forsyth says unemployment benefits were introduced in the U.S. as a result of the Great Depression.

“What we learned is that when there’s no safety net and people lose their jobs, consumption falls very rapidly, and it could potentially worsen the (economic) decline and the depth of the decline,” he says.

“There’s this weird trade-off we’re having to deal with,” Forsyth says. “Do you reduce the benefits back to normal levels to try to encourage people to go back to work, with the risk that their income falls further, reducing consumption further? Or do you continue to extend the benefits out again to try to keep consumption from falling until the economy improves a bit more?”

Typically, a person on unemployment in Washington state is required to search actively for a job to continue receiving benefits. Since the beginning of the pandemic, however, unemployed Washingtonians haven’t been required to provide proof of work-search activities. The suspension of the job search requirement is due to end Aug. 1, and there’s been no indication by state officials of an extension.

“There’s a lot of discussion as to what work-search requirements should look like and will look like, especially because there simply aren’t available jobs for all the unemployed workers,” McBride says.

There are four to six unemployed workers for every job posted online, he says.

Forsyth says he worries about the number of people who will be underemployed when the federal government inevitably ends its pandemic unemployment compensation plan.

“My concern is that for a lot of people trying to go back to work, it might be hard to find full-time work, which is what they really want, so they have to accept part-time work,” Forsyth says.

Of those who have lost their jobs, young adults have been hardest hit, McBride says.

“Young people were the first group to lose their jobs en masse, because they work in the industries that are most affected by the closures -- in retail, hospitality, food services, and such,” he says. “As people have gone back to work, it’s young people who are last to get their jobs back, in a lot of cases.”

McBride says 43% of unemployment claims in Washington are made by people under age 34.

“Young folks are really feeling some difficulties in this current economic situation,” McBride says. “It’s really unfortunate, to have two once-in-a-lifetime recessions in one decade.”

Forsyth says unemployment is likely to remain high for a while as local economies slowly recover.

“My expectation is that just like past recessions, it’s going to be slow to come back down to the levels we saw prior to the COVID crisis,” Forsyth says. “I think we’re going to continue to see people being very cautious about re-entering economic activities that require gathering in groups. That’s going to be part of the reason the unemployment rate is going to be slow to recover.”