Two-store purchase slated to be completed later this summer 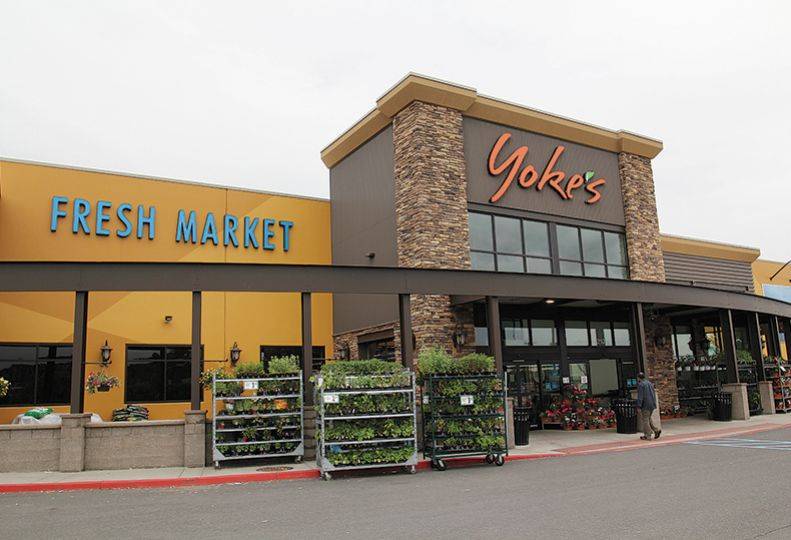 -—Karina Elias
The Yoke’s Fresh Market store on North Foothills Drive is one of 17 supermarkets that the employee-owned, Spokane Valley-based grocer operates currently.

The two Missoula Fresh Markets involved in the purchase are located at 800 W. Broadway and at 3801 S. Reserve Street in the western Montana college town.

Yoke’s operates a total of 17 stores, including 10 in the Spokane area, four in the Tri-Cities, and three in North Idaho.

The acquisition marks the company’s first foray into the state of Montana, says John Orton, vice president of marketing for Yoke’s Foods.

Orton says the acquisition will be completed in late summer and a remodel of the two stores into the Yoke’s Fresh Markets model is planned in the next year, depending on availability of construction supplies.

He adds that the two Missoula markets employ about 130 people, and that they will be asked to apply to work for Yoke’s Fresh Markets.

“We’re excited to take on Missoula Fresh Market employees, and we encourage them to apply,” says Orton.

Yoke’s currently has over 1,600 employees companywide, he adds.

Yoke’s Fresh Markets was founded in 1946 by Marshall and Harriet Yoke. In 1990, the company was sold to its employees. It remains an independent, employee-owned regional grocery chain.

Yoke’s partners with local vendors and producers and has an emphasis on bringing more perishable products like dairy, deli, and fresh vegetables to its Missoula stores, says Orton.

Yoke’s company website says the supermarket chain was one of the first in the area to add full-service deli, pharmacies, and floral departments.

According to the Missoulian newspaper, the Missoula Fresh Markets were established in 2015 by Craig Holtet and Ron Ramsbacher, co-owners of Orange Street Food Farm.