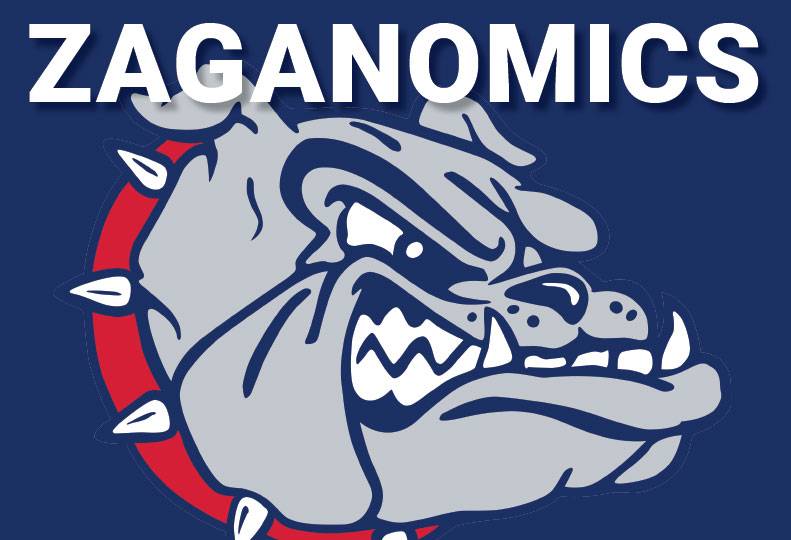 A near-perfect, capstone season by Gonzaga University’s men’s basketball team has generated far more W’s than just those on the court.

And while the season didn’t end with perfection or a national championship after a Monday night defeat to Baylor University, the effects of the program’s best season—22 years in the making—are expected to have lasting benefits for the Inland Northwest.

Since the team’s magical run to the Elite Eight in the NCAA men’s basketball tournament in 1999—long considered the birth of the program’s modern era—the small Jesuit school east of downtown Spokane has built more than a nationally-ranked powerhouse basketball team, observers say.

Business owners and operators, CEOs, and a GU school official all say the basketball program has built an economic engine for Spokane that has contributed countless millions to the local economy.

“Gonzaga (basketball) has put Spokane on the map,” Stephanie Curran, CEO of the Spokane Facilities District, says. “There is both a financial and emotional connection that the team brings. About the time it starts getting dark at 3 p.m., basketball gives people something to look forward to.”

Beyond the campus itself, Curran and others in positions similar to hers in Spokane say it’s hard to attach a precise dollar amount to the value the basketball program brings. But they all say no single business, entity, or organization in the area brings national attention to Spokane and the Inland Northwest more than Gonzaga basketball.

Curran, a Gonzaga alum herself, says those national impressions were never more on full display than the morning after the Bulldogs’ last second 93-90 overtime win against UCLA on April 3.

As she watched a nationally televised women’s golf tournament won by Patty Tavatanakit, a former UCLA golfer, Curran says both broadcasters spent several minutes on air talking about the basketball game the night before.

“The announcers kept talking about how her winning might be some kind of consolation for UCLA fans,” Curran says of Tavatanakit’s golf victory.

Since Gonzaga’s emergence to national basketball prominence, the NCAA has selected Spokane on a half-dozen occasions to host opening-round men’s basketball tournament contests at the arena. Opening-round games for the women’s tournament were held here for the first time in 2018.

According to Curran, economic impact studies show that a family of four arriving from beyond Spokane to watch games spends an average of $250 per day for food, lodging, and travel within the local economy.

Spokane had never been selected to host opening-round tournament games until 2003, according to the NCAA’s records.

Among area businesses, there may be few capitalizing more effectively on the success of the basketball team than the Davenport Hotels chain.

“Gonzaga is a multimillion-dollar account for us,” Matt Jensen, corporate director of sales for Davenport Hotels, says. “It’s a gift that keeps on giving.”

Since the early 2000s, the Davenport hotel chain has developed an almost cult-like following from on-air sports personalities with the cable sports network ESPN, Jensen contends.

Today, the athletes on Gonzaga’s opposing teams, high school players being recruited by Gonzaga, and ESPN broadcasters and production crews all lean toward staying at one of the hotel company’s five locations, he says.

“There’s just a lot of tentacles to all of these relationships that have developed over time,” Jensen says. “And the center of it is Gonzaga basketball.”

Hoffman, who was an employee there for four years before buying the restaurant from the previous owner, says the success of Gonzaga basketball has long been felt there.

“They carry us from the Super Bowl to March Madness,” Hoffman says of revenue generated by fan interest in the Zags.

Per the state’s current 50% limitation on indoor dining, Hoffman only was allowed a maximum of 130 occupants in the restaurant for Monday night’s championship game. He says it just felt good to be open again.

Though the fiscal impact of the basketball program is hard to measure in the at-large community, at Gonzaga itself, the numbers are easier to assess, says Julie McCulloh, Gonzaga’s associate provost for enrollment management.

To accommodate a larger student body, full-time faculty increased to 450 from 279, a 61% increase over the 22-year time frame, university records show.

That allowed Gonzaga to maintain a steady increase of 23 students per class to accommodate growth, McCulloh says.

“The success has allowed us to successfully implement widespread campaigns to benefit student scholarships and create new and better facilities for students,” McCulloh says.

The most immediate example she cites is the $49.7 million Integrated Science and Engineering (ISE) facility scheduled to open later this year.

The basketball team’s success for more than two decades has undoubtedly changed the landscape of the university. However, McCulloh also offered a side of the university that she says often doesn’t get captured by national or local media.

Before taking her current job in 2019, she served as dean of admissions from 2003 to 2018. She earned her degree from the university in 1992, a year prior to joining its staff.

However, Pepperdine’s endowment sits at $881 million, compared to Gonzaga’s more than $300 million, she says.

“We’re in the Inland Northwest and not in a major metropolitan area. More than 80% of our students are from outside a 100-mile radius of the school and more than 50% of them are out-of-state students,” she says.

As is the case on the court, Gonzaga’s enhanced academic profile, which now is becoming more recognized internationally, has admissions and enrollment officials such as herself competing more fiercely for the best and brightest students in the U.S. and abroad, she says.