Original ideas continue to be most profitable; some are reaching their capacity 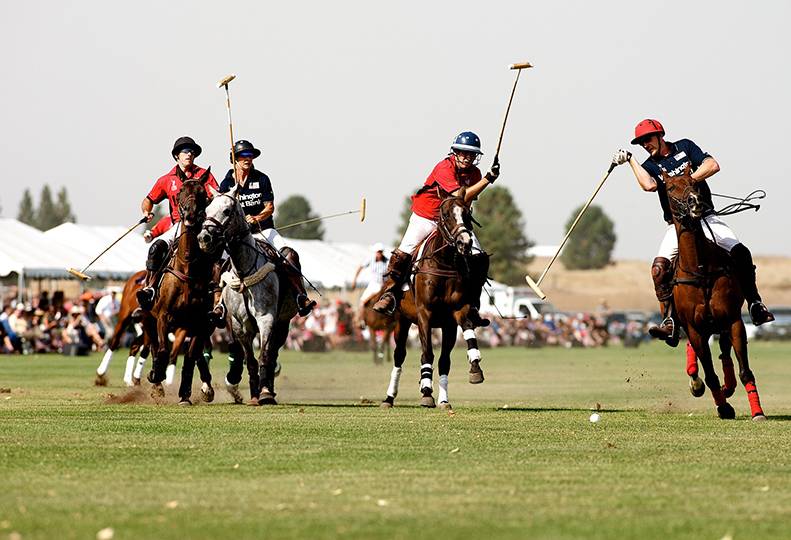 Inland Northwest nonprofits say the number of fundraising events could be on the rise this year after some charities had to cancel or downsize events in recent years.

Jennifer Evans, owner of Spokane-based Encore Events & Presentations, says, "There seem to be people reviving events from the past. The economy took a turn for the greater."

She adds, however, "The ones that were failing continue to fail unless they reinvent themselves."

Mike Forness, executive director of Ronald McDonald House Spokane, says the number of charitable events appears to have flattened out after declining during the economic downturn.

He says, however, that the Ronald McDonald House bucked the trend with its annual Cobra Polo Classic, which is held every summer at the polo grounds on the West Plains and has continued to grow despite the recession.

"We try to differentiate ourselves with the uniqueness of our events," Forness says. "The thread in what we do is, how can we be unique and creative and different."

He adds, "We didn't have to cancel because we are one of 10 golf tournaments or one of 12 breakfasts at the Davenport."

That revenue figure, Forness says, has climbed steadily since the first polo event in 2005, which grossed $240,000.

In addition, the event sold out for the first time in its history in 2012, with 1,250 people in attendance, he says. Attendance, too, has been on a steady rise, from 850 attendees at the inaugural event.

Because of the polo field configuration, Forness says there doesn't appear to be a convenient way to add seating, so 1,250 people likely will be the maximum annual attendance.

Forness says the Ronald McDonald House will continue to look for additional features to add to the event, both to raise more funds and to entice attendees to return.

The organization's overall annual budget is $1.3 million, and Forness says the Polo Classic enables the organization to continue its mission of providing families a place to stay free of charge when their children are hospitalized.

Melanie Fisher, development and communications manager for the Inland Northwest Blood Center, says that event has sold out each of the last three years, and its revenues have increased slightly. She says Epicurean Delight grossed $330,000 last year, which was within $500 of the previous year.

"A lot of events are decreasing, and we're really lucky that we haven't seen that decrease," Fisher says.

The Inland Northwest Blood Center is looking to increase revenues raised through the event by boosting its corporate sponsorships, something Fisher says it's already working to do for the next event in November.

The Spokane AIDS Network recently hosted its 15th annual Oscar Night Gala at Northern Quest Resort & Casino. Gaye Weiss, executive director of the organization, says the event drew 240 people this year, up marginally from 238 the previous year. Weiss says the event netted $40,000, which is about the same as last year.

"We haven't grown," says Weiss, who became executive director of the organization about 10 months ago. "We have room to grow."

The gala represents four-fifths of the fundraising activity for the organization, which receives 90 percent of its annual income from state and federal sources, Weiss says.

While the Oscar Night Gala raised about the same amount of money as it had the previous year, Weiss says she has noticed more businesses being willing to make donations. To that end, the Spokane AIDS Network is trying to build more relationships with corporate donors.

Weiss says she attended a nonprofit seminar earlier this year, and, "When you talk to nonprofits around the table, the purse strings are loosening up a little more."

Encore's Evans says nonprofits with which she's worked in recent months have expressed a similar sentiment.

Currently, it seems to help if the event is formal; those types of events appear to be most popular now, Evans says.

"For a long time, galas will be popular, because people like that red-carpet feeling," she says.

While organizers say the events are important fundraising vehicles, they say another key component is their ability to raise awareness about their respective organizations and their missions.

Forness says that for the past six years, Ronald McDonald House Spokane had partnered with Gonzaga University on an annual Charity Classic basketball game at the Spokane Veterans Memorial Arena. That wasn't as big of a money raiser as the Polo Classic, he says, but the organization was able to tell its story and explain its mission to the 12,000-some people in attendance.

He says the organization and Gonzaga decided not to hold the Charity Classic any longer, and the organization is replacing that event with a "diamonds-and-denim" barn-dance ball, called the SK Ball. The organization had held such events in the past and plans to reintroduce it later this year.

Fisher says that for the blood center, Epicurean Delight is equal parts fundraising and awareness building. The organization needs 200 blood donors daily to meet demand, and that event allows the organization to explain that need to a large group.

With restaurant workers, volunteers, and guests, about 1,500 people are at each Epicurean Delight, and Fisher says, "For us, that's a 1,500-person captive audience. That's huge for us."