Business customers look to growth in inventory, billings to back financing 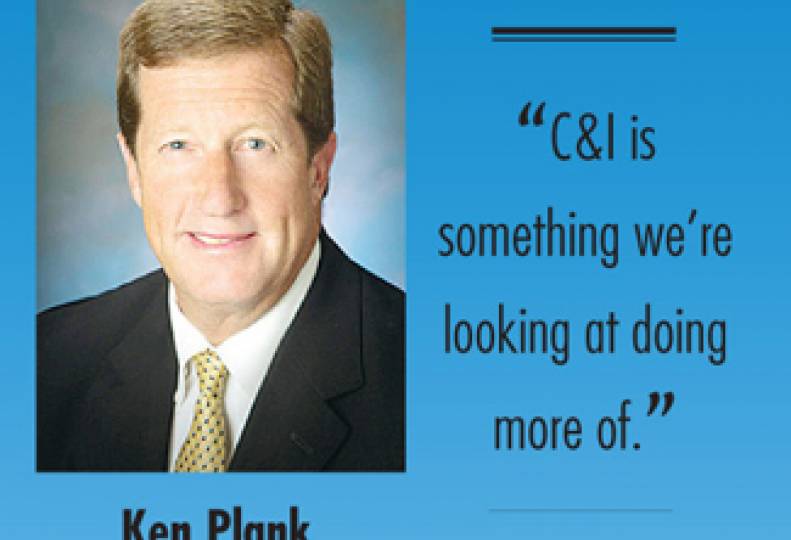 As the economy tentatively improves and businesses begin to increase sales and rebuild inventory, commercial-and-industrial lending also is on the rise, some lenders here say.

Spokane-based Sterling Bank and the Spokane operations of U.S. Bank, for example, have concentrated on retaining relationships with companies that likely will need to raise capital to fund business growth.

Businesses returning to growth are looking for such capital, says Ezra Eckhardt, president of Sterling Bank and chief operating officer of its holding company, Sterling Financial Corp., adding that borrowing against inventory and accounts receivable is gaining momentum.

"Certainly, there is an emphasis on that in commercial banking because the value of many sources of real estate has fallen, so businesses are looking for other sources to finance themselves," Eckhardt says.

Accounts receivable is an asset category representing money owed to a business for products and services provided on credit and billed to customers. Inventory is another asset category that includes finished and unfinished goods and materials that a business aims to sell.

In the fourth quarter alone, Sterling saw a 35 percent increase in commercial loan originations compared with the year-earlier quarter, he says.

In addition to C&I growth, Sterling has seen broad growth across its loan portfolio, Eckhardt says.

While growth in the commercial-loan sector is larger in terms of percentages, it comes from a smaller base compared with real estate loans, Eckhardt says.

"For community banks, there will always be weighting toward real estate loans," he says.

"It's increasing because that's a new market segment for Numerica," Plank says of C&I lending. "The vast majority of credit unions aren't even involved in commercial lending."

Plank is a 25-year commercial lending veteran who's been with Numerica for seven years.

At Numerica, his focus recently has turned to C&I lending from commercial real estate lending.

"C&I is something we're looking at doing more of and we've been setting up infrastructure to do it the right away," Plank says. "It's going to be a focus of our growth in 2013 and 2014."

The new infrastructure enables Numerica to provide services, such as inventory lines of credit, traditionally provided by commercial lending institutions, he says.

Numerica also recently provided its commercial customers the ability to pay electronically for services and receive electronic payments from vendors and customers.

The credit union also implemented in 2012 a remote capture deposit system, which enables commercial customers to make deposits from their places of business.

Describing another new commercial service, Plank says, "We now have the ability to offer account analysis. It breaks down everything they use and puts it on one account-analysis statement."

While large businesses already have many commercial banks knocking at their doors, Plank says, the small-business sector might be underserved.

"They might not need all of the fancy C&I products and services, but at some level, they could be classified as a C&I customer," he says.

Along with products and services, C&I lenders must develop relationships with business customers that involve learning how individual businesses operate and understanding their cash flow and financial needs, he says.

Bob Harris, Spokane-based senior commercial lender for U.S. Bank, says the one challenge of relationship banking is to understand different sets of risks with different types of loans.

"C&I loans against inventory and accounts receivable have a short repayment cycle," he says. "If we're lending against real estate or equipment, the borrower has a longer time horizon."

Harris also says the C&I sector is starting to see some growth here, although it's always been a staple sector for the Minneapolis-based bank.

"That segment of business has remained steady for us. We've focused on it as a core piece of business for years," Harris says, adding, "With the economy picking up, and inventory levels starting to grow, there's been more usage than in the past."

C&I lending growth, however, has been short of overwhelming, he says.

"Given uncertainties at the federal level, businesses are still cautious," Harris says.