DOT continues to pick up properties 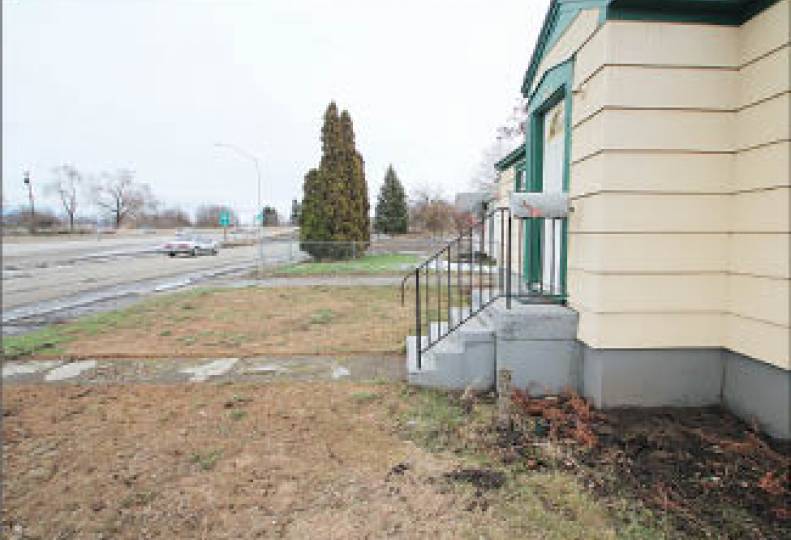 -—Staff photo by Jessica Valencia
The Washington state DOT has spent $170 million acquiring property, including the house pictured above, for future construction of the North Spokane Corridor.

The Washington State Department of Transportation has roughly $130 million worth of unfunded right-of-way land purchases yet to complete, aside from far larger remaining construction costs, before it can finish the North Spokane Corridor, says Al Gilson, DOT's eastern region spokesman.

While the DOT's focus lies north of the river, right-of-way acquisition activity also is taking place south of there, nearer to Interstate 90. Gilson says the DOT has purchased 300 of 400 residential properties it needs along I-90, a roughly three-mile stretch between Hamilton Street and the freeway's Sprague Avenue interchange.

Gilson says the DOT hasn't received any pushback from property owners at this point in the acquisition process.

"In the I-90 corridor, we're only purchasing residential (property) and only purchasing from willing sellers," Gilson says. Particularly with the right-of-way acquisition activity along I-90, Gilson says construction along that stretch is too far in the future for there to be a significant push to acquire parcels at this point, with the DOT's focus primarily north of the river.

Gilson says real estate negotiations are being handled by the state agency's real estate services department. The DOT is required to purchase property at fair market value, he says.

When completed, the North Spokane Corridor will be a 60-mile-per-hour, 10.5-mile stretch of freeway that will extend between the Wandermere area in North Spokane and I-90, west of the Freya Avenue interchange.

A five-mile length of freeway already has been completed, between Francis Avenue and U.S. Highway 2 and U.S. 395 at Wandermere. Gilson says no additional changes are expected for the area north of Francis Avenue. An interim configuration consisting of fewer initial traffic lanes and a temporary I-90 interchange, is planned for the remaining stretch of corridor south of Francis Avenue, and will be expanded to its final plan in the future, Gilson says.

The NSC is expected to cost more than $1.9 billion to complete.

The DOT has spent about $615 million on a combination of construction and acquisitions to date, which it used mostly to complete the corridor north of Francis Avenue, Gilson says.

The DOT says it needs $1.3 billion in additional funding to complete the North Spokane Corridor in its entirety. That number includes the $750 million needed to build the interim freeway down to I-90.

Gilson says the planned interim construction will be a four-lane configuration that will connect the completed section of the NSC at Francis Avenue with the interim I-90 interchange. Gilson says that configuration would get traffic moving along the freeway, and additional lanes will be added later. Ultimately, the highway is expected to have six or eight lanes of traffic, depending on the section of freeway, he says.

"We're hopeful that funding can come along and get this thing going," Gilson says.

Gilson says the DOT is continuing to refine the designs for the remainder of the corridor.

"All of the redesign efforts are to reduce costs of the project, or to enable us to build a usable project that we can expand to the full design later," Gilson says.

Gilson says constru-ction is underway on a new Francis Avenue bridge that will carry traffic over the freeway lanes. The previous 160-foot span that carried traffic over two BNSF rail lines there is being replaced with a new 455-foot bridge. Graham Construction & Management Inc., of Spokane, started construction on the $14 million replacement project in October. That phase is expected to be completed this year or early next year.

Gilson says the DOT also expects to begin work on a $31 million BNSF rail relocation and Children of the Sun Trail extension project. Gilson says that project, which is funded in part through a $10 million TIGER grant it was awarded last July, along with savings from previous construction projects, likely will start next year. The project will entail realigning the BNSF rail lines to enable the freeway to run between the two sets of tracks, Gilson says. The main rail line, which runs north and south, will be located on the west side of the freeway, and the spur track, which serves rail customers on the east side of the freeway, will run along the opposite side.