While bus driving is popular among retirees, uncertainty over students’ return may push seniors into other part-time jobs 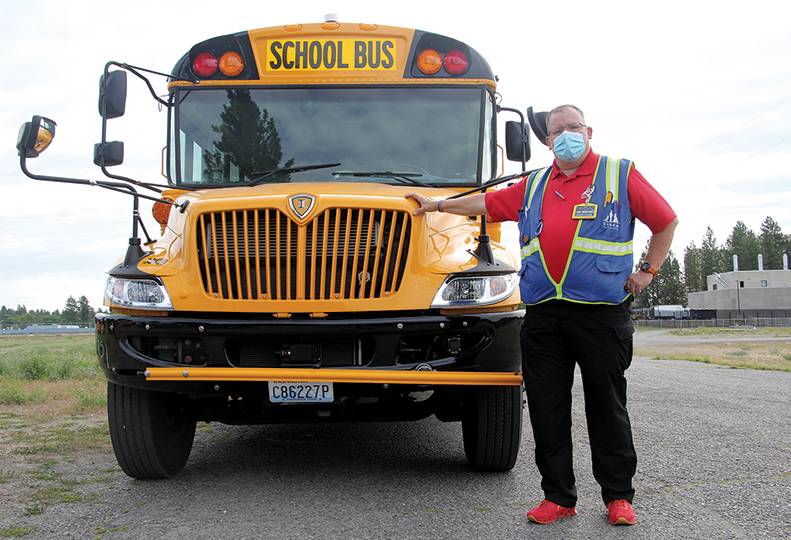 The most popular part-time job for retirees in Washington state is that of school bus driver, according to a report released last month by national life insurance agency Choice Mutual.

But whether that job will remain in the top spot for retirees is hard to say, due to uncertainty surrounding how and when schools will open.

Meadows says Durham School Services currently employs 172 drivers, many of whom are retirees, throughout its service area.

“They usually drive a couple of hours in the morning, then they have about four hours off where they can do something, then they come back and drive for another three hours or so in the afternoon,” Meadows says.

Many retirees who drive for the company prefer to take a morning shift so they can spend the rest of day on the golf course. School breaks for holidays and the summer months are also an incentive, he says.

But school bus companies have a host of requirements for their drivers. In addition to holding a commercial driver’s license, drivers must have a clean driving record, fewer than two speeding tickets in three years, pass state Department of Transportation physical and drug tests, and be able to put tire chains on a school bus.

School bus drivers also need the right temperament, he says. Durham School Services uses an employment suitability test to determine if a candidate would be a good school bus driver.

“Not everybody does well with kids, and not everybody believes all the kids are angels and they follow all the rules,” Meadows says. “But the last thing you want is an adult in some sort of a mentor role who is blowing up and yelling at kids.”

Meadows says that the Spokane office of Durham School Services currently is proceeding as if the school year will start in early September as usual. But he knows that could change, and there’s no telling when or how.

Kevin Williams, WorkSource Spokane director says some school bus drivers don’t know whether they’ll have a job this school year, or worry that their hours will be cut. Those who do lose their jobs have many other options, he says.

“We see a lot of retirees go into working from more of a consultant position,” Williams says. “If they were in management leadership roles or if they had a certain amount of expertise, sometimes they will go into consulting work, and then they get to dictate their hours and pay.”

Other popular part-time jobs for retirees include tutoring and coaching school sports teams. Williams says many extroverted retirees who decide to take on a part-time job find positions in customer service, working for retailers such as Target and Lowe’s.

Like their younger counterparts, retirees who have experience with computers will have an advantage when searching for work, Williams says.

“Some retired workers who want to put some hours in, and who may even be able to do it from home in this new environment, are going to be able to do things like a virtual assistant, or work for organizations that have changed their business plan,” Williams says.

Other jobs that attract retirees who have some digital literacy skills include medical coding, virtual customer service, and billing.

“I don’t know if (those jobs) have been embraced as much in the past by the retiree community, but I think they certainly will, because those will be the types of jobs that will be more prevalent going forward,” Williams says.

There’s no shortage of open positions in Spokane County. Between May and June, about 9,000 people chose to remain on unemployment rather than return to their previous position, Williams says.

“Most businesses right now that are up and trying to run are trying to find folks,” he says. “It’s definitely the right environment for individuals who want to re-enter the workforce, whether that’s a retiree or someone else.”

When school bus drivers return to the road, there likely will be open positions for drivers. Prior to the COVID-19 pandemic, there was always a shortage, Williams says.

And for many drivers, Meadows says a simple part-time job turns into enjoyable long-term employment.

“We have people who said they just wanted something part time, and then they enjoyed it so much they find that they end up driving seven hours a day,” Meadows says.