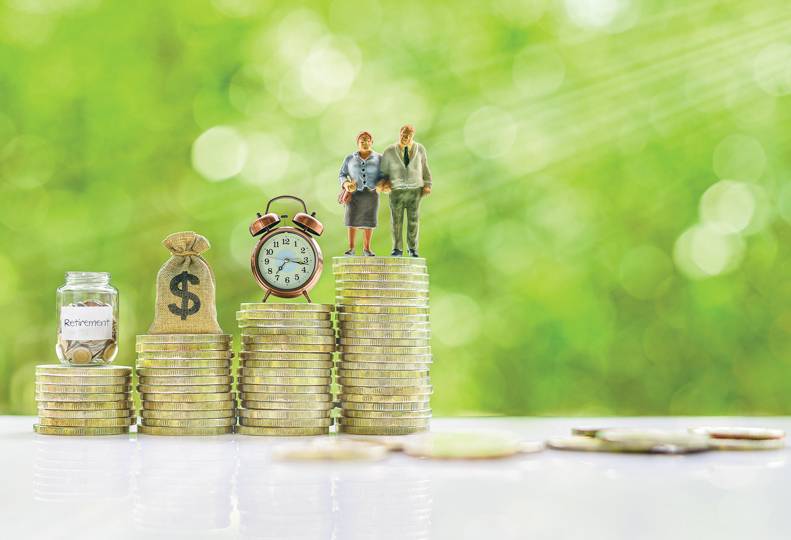 Some long-term care insurance providers here say Washington state has placed them in a confusing and financially risky position with the impending implementation of the Long-Term Services and Supports Trust Program, also known as the WA Cares Fund.

Individuals who wish to avoid paying the tax can attest to ESD that they purchased long-term care insurance prior to Nov. 1, 2021. However, people who have opted out of the state policy can’t opt in at a later date, and must prove their exemption status to all future employers.

Jennifer Hanson, legal counsel with Associated Industries of the Inland Northwest, says employees can apply for the exemption for through the ESD between Oct. 1, 2021 and Dec. 31, 2022.

“It’s a one-time opportunity to be grandfathered out of the program,” Hanson says. “Once that window closes, it’s closed.”

In April, Gov. Jay Inslee signed into effect the Long-Term Services and Supports Trust Act, which created a mandatory, public, state-run long-term care insurance program for workers. Beginning Jan. 1, 2022, Washington employers must withhold a 0.58% payroll tax—with no cap on the income its levied against—and send those payments to the state each quarter. The state Employment Security Department will deposit the funds in a trust for each participating person until they qualify for the benefit. Benefits can be administered through the state beginning Jan. 1, 2025.

Long-term care insurance provides coverage for at least 12 consecutive months to an insured person if they experience a debilitating, prolonged illness or disability.

The WA Cares Fund will provide up to $36,500, or $100 a day, for services and supports to those who qualify for long-term care, including in-home care, assisted living facility stays, memory care, transportation, adaptive equipment, and respite for family caregivers.

“This law has created a dynamic where people are buying insurance not for planning purposes, as they’re intended to be used, but for tax avoidance purposes,” Wolf says.

Long-term care insurance carriers are “swamped” with demand, he says, but managing the increased underwriting workload means issuing all the new policies before the November cutoff will be a mammoth undertaking.

“Because of those constrictions, we’re beginning to see carriers stop taking applications between now and November, which means options for consumers are disappearing quickly,” Wolf says.

Long-term insurance carriers have seen a significant increase in demand for smaller, cheaper policies, he says.

“The average size of the product being purchased right now is really small, because a lot of consumers are looking for the minimum plan to opt out of a tax,” Wolf says. “On top of that, there’s long-term concern that carriers might not even make a profit in this state, because there’s some lack of clarity from the state on whether people will be required to keep the products.”

Wolf says some long-term insurance carriers have stopped offering products in Washington state due to these concerns.

“Other carriers are likely to use the underwriting timeline as a convenient excuse to exit,” Wolf says.

According to Fidelity Investments Inc., long-term care services can run the gamut of cost. In 2019, Fidelity says the median annual cost for an adult day health care facility was $19,500, while a stay in a private room at a nursing home was $102,000.

Jim Alexander, a financial adviser with the Spokane Valley office of Mutual of Omaha, says the state’s plan is good for low-income earners.

Wolf says many high-income earners have bought a private long-term insurance policy in order to avoid the payroll tax because the tax is income based and doesn’t have a cap.

The end result is that much of the taxpayer base intended to support the program has already left the tax pool and can’t return, Wolf says.

“The cost to them is exorbitant to what they get out of it, so there’s no reason they would want to opt back in,” he says.

To qualify for the state policy, an employee in Washington state must work and contribute to the fund for at least 10 years without a break of five or more years in that period, or for three of the previous six years at the time they apply for the benefit and must have worked for at least 500 hours per year during those years.

People who retire before they’ve contributed for 10 years, or before the benefits become available in 2025, won’t have access to benefits, even if their payroll has been taxed in the years leading up to their retirement.

“If you’re 60 years old and you have plans to retire in the next four years, is that a good value to you to pay into this thing for six years, or are you just being benevolent?” Alexander says. “You’ve paid into the plan, but you won’t get a dime out of it.”

Alexander says the state’s plan may appeal to those who have health issues that would disqualify them from typical private long-term care coverage.

“It doesn’t matter who you are or what your health is like, the state will accept you,” Alexander says.

However, Alexander notes that qualifying for the state’s long-term care benefits is more difficult than it is for typical private plans.

Alexander also says that the state’s 12-month length of benefits coverage is about half that of the typical length of a long-term care facility stay.

“If you leave the state to go retire in Florida, or Arizona, or Alaska, or Minnesota, after so many months, you cannot claim for long-term care benefits. How can that be fair?” Alexander says.

Associated Industries’ Hanson says employers are required to do three things: report individual employee hours and wages each quarter, collect and remit premiums to the state each quarter, and keep track of those who have opted out.

“For any employees who receive an exemption, they would then give a copy of the approval letter to their employer so the employer could track who’s received those exemptions and stop making deductions for that employee,” Hanson says.

Hanson says self-employed people—including sole proprietors, members of a partnership, members of an limited-liability corporation, and independent contractors—can opt in to the program, but aren’t required to do so.

Mike Marzetta, president of Liberty Lake-based aerospace manufacturer Altek Inc., says he doesn’t expect the company will need to spend much time or money on tracking exemptions and collecting payroll tax. Marzetta says that those will likely become automatic functions, much like payroll accounting.

Hanson says people exempted from the tax who don’t provide an approval letter to their employer likely will pay taxes into a program they can’t use.

“Even though the employee has already received the exemption letter, if they don’t give that to their employer, they’re going to be continuing to pay into the fund, and they’re not entitled to a refund,” Hanson says.

Employers are on the hook if they receive an exemption approval letter from an employee but continue deducting the payroll tax from the employee’s pay, she says.

“They’re responsible for reimbursing the employee for the amount that they shouldn’t have deducted because the employee was exempt, and the employer doesn’t get that money back from the fund,” Hanson says.

It’s something that those who choose to opt-out will have to remember every time they start a new job, she says.

“For the rest of their working years in the state of Washington, they’ll need to continue to provide a copy of that letter to future employers,” Hanson says.

Wolf says that all depends on whether those who are buying private long-term care insurance are able to complete the process before the exemption application deadline.