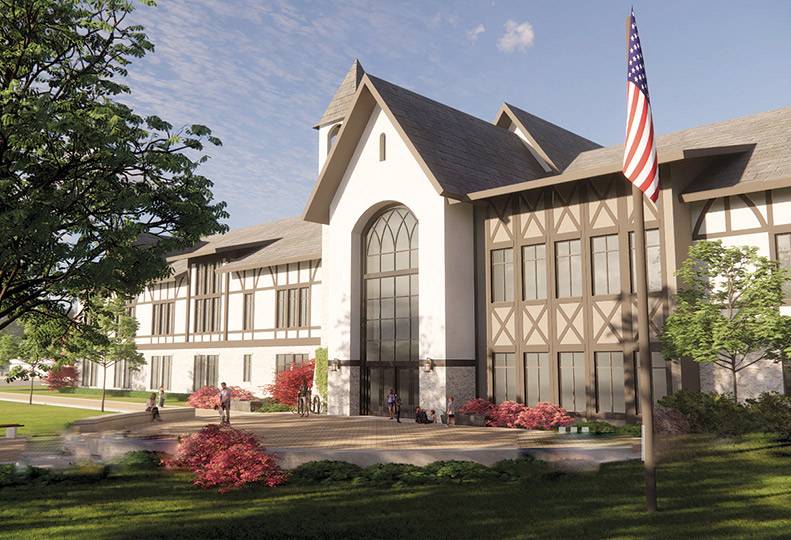 -—Fusion Architecture PLLC
The envisioned new Oaks Classical Christian Academy is to be built on an 8.2-acre site in Spokane Valley, next to Valley Fourth Church. 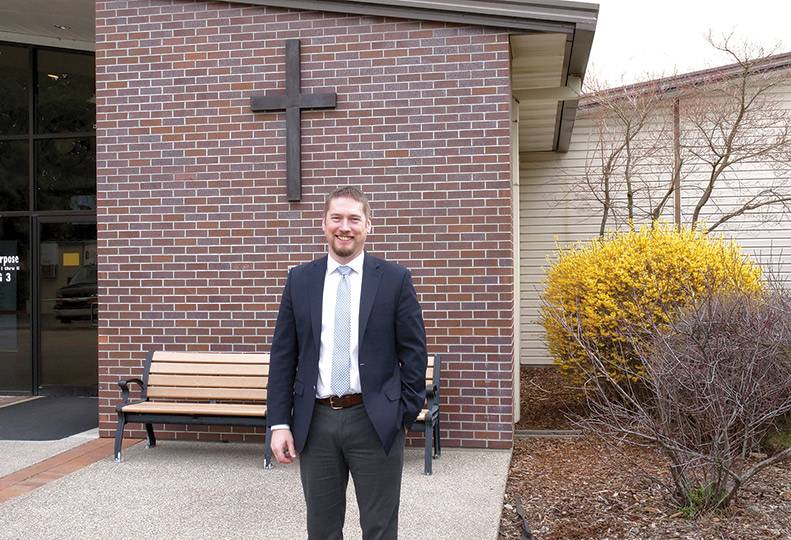 -—Erica Bullock
Charlie Dowers, head of the Oaks Classical Christian Academy, stands outside of Valley Fourth Church, where the school is located currently.

The school will be built on 8.2 acres of land that Oaks Classical bought for nearly $1 million in 2019 from Valley Fourth Church, a Spokane Valley-based ministry, where Oaks Classical currently leases classroom space, Dowers says.

He says plans for the new school were interrupted by the pandemic, then in early 2021, the school reengaged discussions regarding the need for a new building.

Permit documents on file with the city of Spokane Valley show the estimated cost of the two-story, 42,500-quare-foot project is $7.6 million. Dowers says rising costs have halted plans for the completion of the second story of the new building. For now, the space will be left unfinished until additional financing can be secured.

While a construction timeline hasn’t been set yet, Dowers says he hopes the new school building will be ready to open in September 2023.

The new building will be located on vacant land directly east of Valley Fourth Church. Oaks Classical currently occupies about 37,000 square feet of classroom space spread throughout three buildings and four portables on the church’s campus. At two of the three buildings, the school’s lease with Valley Fourth is expiring, and all of its classes are full, he says.

“(The expansion) is partly because we continue to have strong interest in our school,” he says. “The growth isn’t the big driver, and we’re not trying to grow a big school. We’re really trying to provide a space for the kids who are here.”

Dowers says the first floor of the new building will have 23,100 square feet to accommodate 12 classrooms, offices, and a large open-space cantabile area designed for the entire school to gather and sing.

He says the new school will provide more room to serve the growing student population, expand some of its programs, including its arts conservatory, where students take song and dance lessons, and develop new programs for special needs and sports.

The school recently announced a capital campaign with a goal of raising $12.5 million total. Dowers says the school hopes to have $8 million guaranteed by June for the project. He adds the school has reached half of its $8 million goal so far.

Dowers says the school originally was founded in 1996 with the goal to provide a curriculum taught with subject materials based on classical Christian education.

Oaks Classical currently has 68 employees, including 27 full-time teachers, Dowers says. He adds that the school may need to hire two to three additional employees when the new building opens.

The school has 355 students enrolled in grades K-12, and students travel from across both Spokane and Kootenai counties to attend.