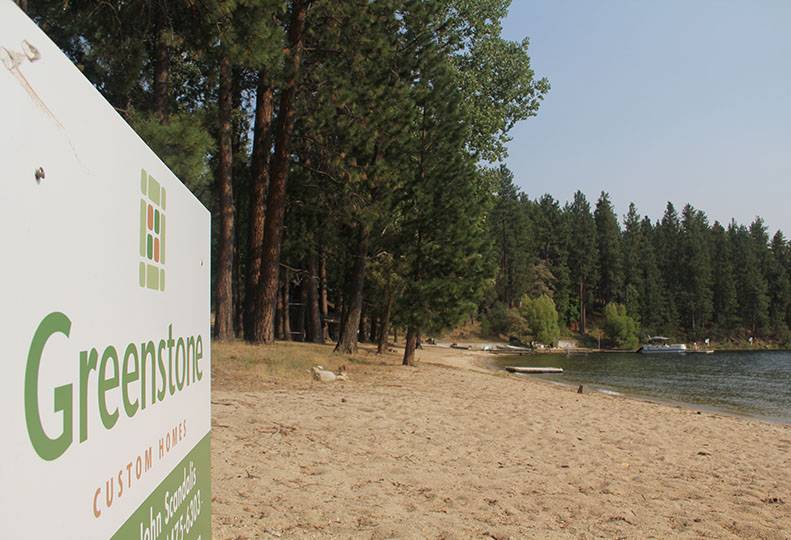 -—Staff photo by Linn Parish
About half of the lots remain available at the MacKenzie Bay development, along the east side of Liberty Lake. Realtors who specialize in marketing waterfront properties say that while activity remains level, interest has started to pick up. 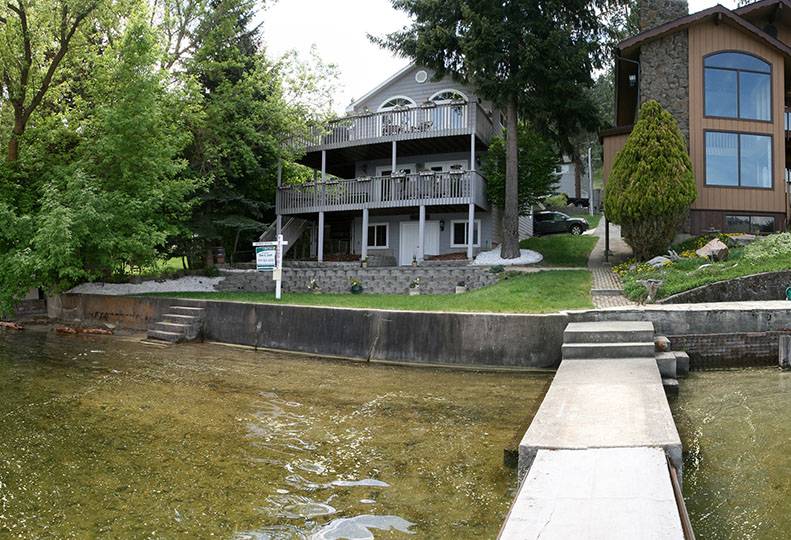 Realtors who market property say they're witnessing an increase in interest in waterfront properties, which could foretell an uptick in activity in the near future.

He adds, "What I see moving forward is a continuation of stability."

It's a far cry from the market described three years ago, when only three waterfront sales were reported through the first six month of the year and appraisers struggled to find comparable property sales they could use to evaluate pending transactions.

For vacant waterfront lots and land, the total number of closed sales reported through the two MLS organizations stood at 52 through Aug. 19, nearly the same as the 51 closed vacant lots and land sales the previous year.

The inventory of available waterfront property remains nearly the same as well. As of Aug. 19, the two MLS organizations had 1,914 active listings, including both homes and vacant land, compared with 1,899 a year earlier.

While completed-sales activity and for-sale inventory are similar to last year, waterfront experts here say interest in the high-end properties has picked up in recent months.

Fanning says daily traffic to his website has doubled this year compared with last year, and the number of overall inquiries is up as well. The sales cycle for waterfront generally is longer than it is for conventional homes, and he says, "Clearly, this shows the start of the learning curve."

Also, regional buyers—those who hail from the Inland Northwest—have "returned to the market," Fanning says. During the real estate boom in the mid-2000s, escalating values priced most regional buyers out of the waterfront market, he says, but prices fell during the recession to the point where many are looking at and buying those properties now.

While activity appears to be picking up throughout the Inland Northwest, waterfront sales activity so far this year on Eastern Washington waterfront is making up for a dip in sales reported to the Coeur d'Alene MLS.

According to the Spokane MLS, 75 waterfront sales have occurred this year, up from 53 in the year-earlier period. That rise makes up for a comparable decline in sales reported through the Coeur d'Alene MLS, to 89 sales so far this year from 113 during the same period last year.

Spokane MLS statistics include lakefront and waterfront properties in Spokane, Pend Oreille, and Stevens counties, including along the Spokane River; near Liberty Lake, Loon Lake, and Diamond Lake; and others. The Coeur d'Alene MLS figures include sales on Coeur d'Alene Lake, Hayden Lake, Spirit Lake, and others.

Fredrick says she thinks distressed sales of waterfront property in North Idaho might have still been working their way through the system last year, and now that there are fewer properties available at reduced prices, sales there might be returning to a stable level.

Fanning is representing Rock Creek Ridge at Sunup Bay, a 32-lot development near Rock Creek Golf Club Idaho on the west side of Coeur d'Alene Lake.

Previously proposed as an expansion of the original Black Rock community developed by Marshall Chesrown, Rock Creek is a 250-acre gated community that has lots ranging in size from 3 acres to 20 acres. Ten of the lots are waterfront, and 22 lots have water views. All come with boat slips and membership to the Rock Creek golf club.

Put on the market in early August, Rock Creek doesn't have any completed sales yet, but Fanning expects it to draw interest both from people looking for a second home and those who want to live in the community year-round.

"I think Spokane people will embrace it," he says.

Fredrick says MacKenzie Beach, a 12-lot Greenstone Corp. development on the east side of Liberty Lake, is drawing more interest in recent months, and she expects sales activity to pick up there. The neighborhood, which Fredrick markets as being an unusual opportunity to build new on a lot level with the lake, includes six waterfront lots and six secondary parcels. About half of those lots remain available. Greenstone boasts that only 7 percent of the MacKenzie Beach 140-acre development is being developed, with the rest being placed in a private reserve for residents.