Despite volatile periods in past, indexes recovered at rates beating inflation 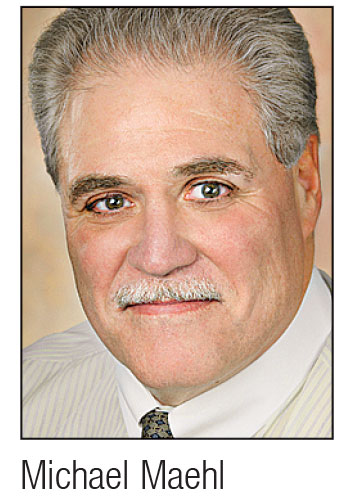 It can feel pretty uncomfortable reviewing your investments when, after a few years of pretty good markets, all of a sudden you’ve got higher inflation coming into play, interest rates starting to move up, and now, add aggressive Russians all combining to help make the future seem even more uncertain than usual.

Events can cause some to feel as if they need to move to “safe” investments. Negative events and headlines always have had an undue influence on investment decisions. However, we’re in a period when rates on bonds, when considering inflation and taxes, have moved from their risk-free return status more toward “return-free risk.”

That’s because the bond income can’t solely support increases in your living expenses over time. Further, in times of global uncertainty, the world flies into the U.S. Treasury market. This increased demand causes current rates to move even lower.

“Russia invading Ukraine has added to an already tense year, with investors selling first and asking questions later,” says LPL Financial chief market strategist Ryan Detrick. “But it’s important to know that past major geopolitical events were usually short-term market issues, especially if the economy was on solid footing.” As ours is, currently. We believe the greatest market and economic effects may ultimately be limited to energy and energy prices.

Fearful headlines can trigger negative short-term reactions and may shake your confidence in the short term. But eventually, those wear off, and markets resume weighing economic fundamentals as they usually do—coldly and rationally. We think they’ll see that the probability that this will spiral into a recession-inducing global conflict is exceedingly low. Of all the conflicts since reliable S&P 500 data began in 1925, only the onset of World War II caused a bear market.

The stock market is heartless. It often goes up in the face of terrible events when it almost doesn’t seem right. From the start of WWII in 1939 until it ended in late 1945, the Dow was up a total of 50%—more than 7% per year.

Geopolitical events can be significant, but looking at the Brexit referendum or the Greek debt crisis, we’re reminded that they often have less of an effect on markets in the long term and can offer buying opportunities for those willing to handle the short-term volatility. And remember, this volatility is not all that unusual.

The key to lifetime success in investing is to act continuously on a specific, written strategy. In planning for long-term investing, whether you’re already retired or still planning, you should include considerations such as how much income, in today’s dollars, do you need to live how you wish. Also, consider your longevity and don’t assume that it will be short. What inflation rate should I use? For reference, we found that 3% has been the average annual rate in the U.S. going back to the 1920s. And finally, how much do I wish to leave for beneficiaries or charities?

In order for your long-term income to allow for inflation—the hidden tax—you must include stocks. Many people say stocks are risky. Short term, that can be true, for sure. However, please consider these facts: From May 1946 through February 2022, the S&P 500, now at about 4,380, is up around 225 times. The S&P dividend in May 1946 was running at an annual rate of about $0.68. In 2021, it was $60.40—up 88 times. The consumer price index measuring inflation over that period was up just 15 times. And remember all the crises and uncertainty that took place during that period.

Substandard returns and even investment failure usually come to those who don’t have a strategy and instead, react to current economic/market events.

Markets can go up and down a lot for no apparent reason. Headline writers are skilled at creating entire mountain ranges of investor anxiety, just by how they phrase some otherwise innocuous news. It’s your perceptions that get blurred as a result. The use of sensationalistic words for mundane events such as the daily market going up or down can affect your decisions. This is a good reason you don’t trade on headlines.

We’re convinced that the economy can’t be consistently forecasted, nor the markets consistently timed. Therefore, we believe that the only reliable way for you to capture the full long-term return of stocks is to ride out their historical, but always temporary, declines.

These data reinforce my conviction that the essential challenge for a successful long-term investor is neither intellectual nor financial, but behavioral. It’s how you react—or choose to not react—to market declines that will affect your long-term results.

Michael J. Maehl is a financial adviser and Spokane-based senior vice president of Opus 111 Group, a Seattle-based financial services company. He can be reached at 509.944.1790.