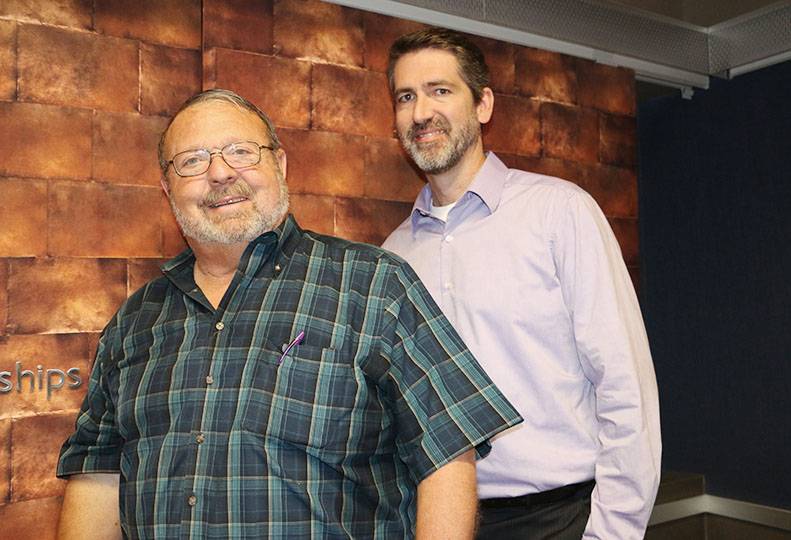 The fire protection engineers are Bob Libby, of St. Simons Island, Ga., and Byron Briese, of Charleston, S.C. The two will be working remotely with all of Coffman’s offices, which are located in Spokane; Seattle; Bozeman, Mont.; Anchorage, Alaska; Oakland, Calif.; Los Angeles; Honolulu, Hawaii; and Hagatna, Guam. They also will travel to project sites.

Coffman launched the company 35 years ago with offices in Seattle and Anchorage. It opened its Spokane office 17 years ago, and the branch operation here now employs 75 of its 305 total employees. Its Spokane operations are located in 14,000 square feet of space in the Peyton Building at 10 N. Post downtown.

Fire protection engineering, which is a service that Coffman or the project architect or contractor previously subcontracted out, is a subspecialty of engineering that falls under mechanical engineering, and involves the design of fire protection, detection, and suppression systems in a structure.

Dave Ruff, the Spokane-based managing principal and vice president for Coffman, says many fire protection engineers will have other undergraduate engineering degrees, such as mechanical or electrical, and then take an exam to receive their professional engineering license in fire protection after gaining some experience in that field.

“There are only a couple of schools where you can get a degree in fire protection,” Ruff says.

He also says that an engineer can get master’s-level certifications in fire engineering through the National Institute for Certification in Engineering Technologies, which is a division of the National Society of Professional Engineers.

Coffman says that Libby and Briese bring an expertise in large, complicated fire systems such as those found in hospitals, hotels, and industrial buildings.

Libby, who is a Fellow of the Society of Fire Protection Engineers, says that fire protection engineering involves the design of a variety of fire suppression systems.

“That would include sprinkler systems, kitchen hood systems, and special agent systems,” Libby says. Special agent systems use inert gas or foam for fire suppression. These systems can be used in buildings that have computers, such as large data centers, where water sprinklers might cause a lot of damage.

Another aspect of this type of engineering is designing the alarm systems for buildings, he says, and any communication systems.

Fire protection engineers also look at evacuation routes from a building to make sure occupants can exit safely if a fire occurs, he says.

The cost of a fire system varies widely depending on the size of the building and the type of occupancy, he says.

Ruff, who has been with Coffman Engineers for more than 20 years, says fire protection engineers coordinate with the other engineers on a project, in addition to local fire code enforcement departments and fire marshals. Fire protection typically isn’t included in the general engineering of a building.

“There’s a whole separate set of codes and risk management associated with fire protection,” he says. “The fire protection engineer is the one who’s responsible for all that.”

Coffman Engineers averages about $45 million a year in revenue, Coffman says. The company’s executives are all headquartered in different offices, he says.

“Our corporate headquarters is internal,” he says. Coffman himself is based in Seattle, but travels to Spokane frequently, he says.

In current projects in the greater Spokane region, Coffman is providing civil, structural, mechanical, and electrical engineering services for Kootenai Health’s three-story, 100,000-square-foot east wing expansion to its Coeur d’Alene facility, a $57 million project. The expansion includes new labor, delivery, and women’s centers; a neo-natal intensive care unit; Cesarean-section operating rooms; and space for future immediate-care unit.  Bouten Construction Co., of Spokane, is the contractor for the project. Construction is under way on the expansion, and the project is expected to be completed in 24 months.

The company also is providing structural engineering services for the upcoming $15 million University District Health Clinic, to be operated by Washington State University Spokane on the Riverpoint Campus. WSU approved the sale of up to $16.25 million in revenue bonds in late September to fund the project. Construction on that project is slated to begin later this year. Bouten also is the contractor for that project, and NAC|Architecture, of Spokane, is designing the building.

In recently completed projects, Coffman provided civil, structural, mechanical, and electrical engineering services earlier this year for a new $6 million paint hangar for Associated Painters Inc. at Spokane International Airport. The 32,000-square-foot hangar can accommodate planes as large as the Boeing 757, or a number of smaller aircraft. The building also includes about 6,400 square feet of office space.

The firm also provided civil, structural, mechanical, and electrical engineering services and land surveying services for the city of Spokane’s 50,000-square-foot Nelson Service Center. That project, valued at $13.5 million, involved consolidating the city’s Fleet Services and Solid Waste Management departments into a new facility located on a 32-acre, city-owned site at 909 N. Nelson. The new center will include vehicle service bays, offices, support spaces, and a compressed natural gas fueling station, and is expected to open next summer.

Coffman says about half of the firm’s projects come from architectural firms, and the other half come from the project clients.

Outside of the Inland Northwest, the company’s longtime clients include Chicago-based Boeing Co. and Seattle-based Nordstrom Inc. Coffman says the company has provided engineering services for about 120 Nordstrom stores in the last 36 years, including the one here at River Park Square.

Coffman says that the company has expanded over the years by acquiring offices in various cities.

“Coffman may have started 36 years ago, but when we open new offices, it’s usually a merger with a local company that’s been around even longer,” Coffman says.

“We’ve had steady growth over the years,” he says.

Looking toward the future, Coffman says the company is considering expanding its operations in Montana and the Dakotas, specifically in the Bakken oil fields of North Dakota.

Coffman says he also sees technology as a growing force in engineering.

“I see big opportunity and challenge for all engineers now that technology is playing a role in all our systems,” he says. “The last 40 years have radically changed (engineering).”