A wealth of growth in Washington Trust unit 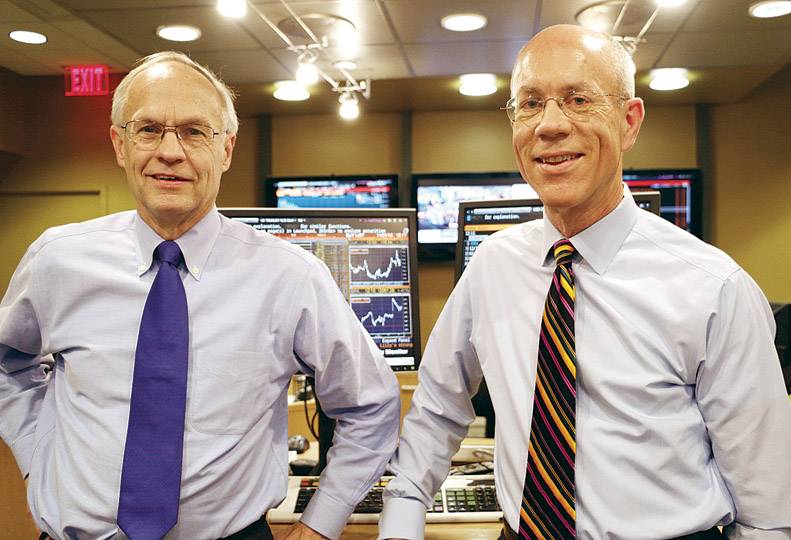 The wealth management and advisory services department of Spokane-based Washington Trust Bank has been experiencing asset and revenue growth of close to 10 percent a year for the last ten years, says Rob Blume, managing director and senior vice president of the department.

The department is headquartered on the fourth and ninth floors of the Washington Trust Financial Center, at 717 W. Sprague downtown. Washington Trust, Blume says, received its first trust in 1902, the same year the bank opened.

“We’ve had trust powers since the day the bank opened,” Blume says.

The department has 66 employees between its headquarters here and offices in Coeur d”Alene,  Seattle, Bellevue, Portland, and Boise. Washington Trust has 845 employees total, most of whom are in Spokane, Blume says, and operates a total of 45 branches.

Blume also says that the department’s Seattle and Portland offices have been important to its growth.  Washington Trust opened the wealth management office in Seattle in 2000 and the Portland office in 2004, he says.

The department manages funds for individuals, corporations, and nonprofit organizations, Blume says. It also acts as a fiduciary for estates and trusts. Most of the department’s clients, about 70 percent, are referral based, he says.

Blume says that the department currently manages about $3.6 billion in assets. In addition, the department acts as a trust for large employee benefit plans, he says.

“We’re actively selecting investments for about $2 billion of that $3.6 billion,” he says.

“It’s a little bigger on the West Side and Portland,” he says. “We also have some legacy accounts here.”

Legacy accounts are those that the bank has managed for long enough for the funds to dwindle, due to the client taking out money over time.

Steve Scranton, chief investment officer for the department and also a senior vice president, says, “We have accounts in Spokane that may be at $25,000, but they started at $2 million.”

Blume says that the needs of clients change over time.

“As people live longer, wealth management needs have changed,” he says. “The tax laws, for example, have changed … that’s one of the critical pieces, helping people plan around that.”

Nowadays, the bank usually only takes accounts with assets of $500,000 or more, he says.

The department mainly serves clients in the Northwest, but has some that have moved overseas, and Washington Trust continues to manage those accounts, Blume says.

Blume says the wealth management department’s fees come out as a percentage of the overall assets it’s managing for the client. It’s typically a 1 percent fee for an account worth $2 million or less, he says.

“It drops to a lower tier as the account size increases,” Blume says.

The department has roughly 2,500 accounts at any given time. One of the department’s practices, Blume says, is to ensure that every account is managed by an individual. Each account manager has between 80 and 140 accounts, he says. However, there may be more than one account attributed to a person or a family, so it usually comes out to 40 to 60 unique clients per manager.

“There could be four family members—we see it as one account,” he says

In addition to portfolio managers, the department has eight attorneys, as well as a number of chartered financial analysts and certified personal accountants.

“We have a variety of very good skill sets,” Blume says.

Having different specialties within the department is crucial, Scranton says, because clients don’t have to go to multiple places for expertise.

“It’s something that’s important—for some people, the whole process of managing wealth is already intimidating,” he says. “Then you say that they’ve got to go talk to six different people.”

Scranton heads up the portfolio management group, part of the overall wealth management department. The group has 12 employees who manage investments, he says. While managers may make investment decisions for clients, the client can also be involved in the decisions, he says.

“We want to have the expertise to be making decisions for (the client), but they can still talk directly to the decision maker,” Scranton says.

The group doesn’t take risks on the market with clients’ money, Scranton says, but rather tries to find the right investments for what the client wants.

“Our approach isn’t to try and make bets against the market,” he says. “We understand the securities we’re buying and how they work for the client’s goals and needs … there’s no cookie-cutter approach.”

Some clients may want to be saving for retirement or their children’s education, Scranton says.

“We make the decision on how much they should be saving for those goals,” he says.

The group also takes an overall approach to the market, and looks for long-term trends in securities, Scranton says.

“We’re not caught up in the day-to-day changes in the market,” he says. “If we can spot trends, we can make strategies.”

“Clients have careers; they don’t want to have to follow the markets every day,” he says. “We’ll lose the sleep for the client—that’s what they’re paying us to do.”

Scranton says some of the portfolio managers in the group have experienced working on Wall Street. On average, the group’s employees have around a dozen years of experience, he says.

“What we don’t have are any partnerships with any firms to buy securities,” he says. “We don’t have any soft fees, which are paid to a broker for access to their securities.”

All of the portfolio managers in the department have some portion of their own wealth, usually a 401(k) plan, invested through Washington Trust.

“We can prove to clients that we believe in our strategy,” Scranton says.