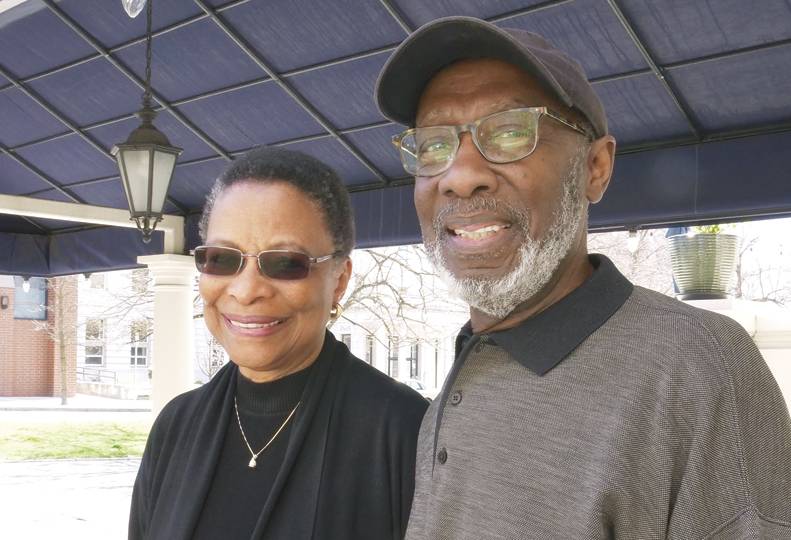 -—Erica Bullock
Roberta and Nate Greene have served in a number of civic leadership roles since moving to Spokane in the mid-1980s.

Nate and Roberta Greene, both 78, say their lives revolve around family, faith, community, and education. Since they first moved to Spokane 36 years ago, the couple has worked to generate positive changes in those areas, striving to create a lasting impact in the community.

Nate and Roberta grew up together in Charleston, South Carolina. The couple married in 1965 after both earned undergraduate degrees from Talladega College, in Talladega, Alabama.

Nate was then drafted and served four years in the U.S. Air Force, during which time he also earned a master’s degree in economics in 1972 from St. Mary’s University, in San Antonio, Texas.

Roberta earned her master’s degree in urban studies at Trinity University, in San Antonio, in 1975.

Next, the Greenes moved to Buffalo, New York, where Nate went to work for Ford Motor Co. At the time, Ford was recruiting people with military experience who also had master’s degrees, and Nate started as a field manager, acting as a contact between Ford dealerships in New York and Pennsylvania and the factory.

After seven years with Ford Motor Co., the Greenes opened a rental car business in Charlotte, North Carolina. Then, in 1986, they sold that business and purchased the Empire Ford dealership in Spokane, which they owned and operated until 2007. The dealership was located at 423 W. Third, where Subaru of Spokane currently operates.

Roberta says she recalls a long plane ride, with Nate and their young son, followed by a significant culture shock when arriving in downtown Spokane on Easter weekend all those years ago.

“Moving here was a big deal,” Roberta says. “It was a big cultural shock because we came from a place where diversity and people of color are not unusual. So, when we moved here and realized we really are a minority, it was challenging.”

In the mid-1980s, downtown Spokane wasn’t the tourist destination it is today, they say.

Roberta says she didn’t feel safe traveling at night in downtown Spokane at first. She also adds that there wasn’t much to visit in the city’s core either.

City leaders were working to improve downtown, and the Greenes saw an opportunity to help in the effort to make the streets feel safer. Roberta wanted to introduce her family and represent Empire Ford in their new community, so she intentionally set about joining various boards and group organizations.

“One of the things we wanted to do was obviously become a part of the community, so Roberta did an excellent job of getting out and getting on all of these committees and organizations,” Nate says.

Roberta agrees and says, “We had 60-plus employees who didn’t know us. We had a community that didn’t know us, so it was a deliberate choice. And it helped us because we were here to sell cars and provide service to people, and a lot of times people buy from who they know.”

Empire Ford was an already established business when the Greenes took over ownership. The couple say they worked to build a cohesive organization where the employees felt important and focused on the goal to get satisfied customers.

“It took a lot of work, but we had a good location and decent staff. And a lot of organizations run on their stomachs so every once in a while, I’d cook a meal for all 60 of them,” Roberta says.

Bob Bartlett, retired senior lecturer of sociology and justice studies at Eastern Washington University, says he first heard about a dynamic duo at Empire Ford a few weeks after moving to Spokane from Pullman, Washington, in 1989. He had accepted a job as assistant dean of students at Gonzaga University at the time.

Bartlett recalls sending students of color to the Greenes for internship and scholarship opportunities at Empire Ford.

Roberta was elected to the Spokane City Council in 1996, after a citywide campaign and with help from Nate, who she credits with acting as her campaign manager. She was re elected for a second four-year term beginning in 2000.

“Running back then was citywide. We didn’t run in districts, so this was an even bigger challenge, because it wasn’t parts of Spokane, it was all of Spokane,” she says.

Rob Higgins, executive officer of the Spokane Association of Realtors, first met Roberta while he was campaigning for his third term on the Spokane City Council.

“The main issue that we were dealing with was probably River Park Square. Roberta was very deliberate and intelligent and not someone to make a quick decision. We were lucky to have someone of her quality on the City Council,” Higgins says.

Higgins and Roberta worked together on the City Council for six years.

“The neat thing about Nate and Roberta is that they are so supportive of one another,” Higgins says. “Nate would show up and sit in the back of the room in the council chambers waiting for Roberta to finish.”

Roberta says Nate showed up to every single council meeting for eight years to support her. Usually, after the meetings, they’d head to Clinkerdagger restaurant for a late dinner.

Adds Nate, “They were the only place opened after 9 in Spokane.”

Roberta says, as a councilmember, she was also part of a collective effort to pull the city together to support the military, education, and health care communities. Back then, the council also worked to establish neighborhood Community Oriented Policing Services locations and debated whether the city needed another bridge downtown.

“It was a very divided council,” she says.

Roberta also served as president of Lilac Festival, in 1994, and helped to start the annual Unity in the Community event at Liberty Park, in the East Central neighborhood, through her church membership. Roberta is a member of the African Methodist Episcopal Church, also known as AME.

Nate grew up in the same faith and has since converted to Catholicism.

She began lecturing at Eastern Washington University in 2012, where she currently works as a full-time senior lecturer of economics.

Once the dealership closed its doors during a nationwide consolidation effort by Ford to reduce its number of dealerships, Nate began lecturing at EWU. Then in 2009, Bartlett told Nate about an open position as director of The Ministry Institute at Gonzaga University.

Nate also serves as a board member and the chairman of finances for the Spokane Public Facilities District, where Bartlett says Nate has influenced the growth of Spokane by investing his time and talent to move projects forward.

Bartlett says the city of Spokane has been lucky to have the Greenes active in the community as they are excellent examples of servant leaders.

The Greenes say changes to the city since they arrived more than 30 years ago have been astounding to witness.

“Look at downtown Spokane now, and you have to appreciate how far we’ve come,” Nate says. “Spokane is moving in the right direction.”

Roberta agrees, and says, “We love Spokane and have a deep affection for the strong people here.”