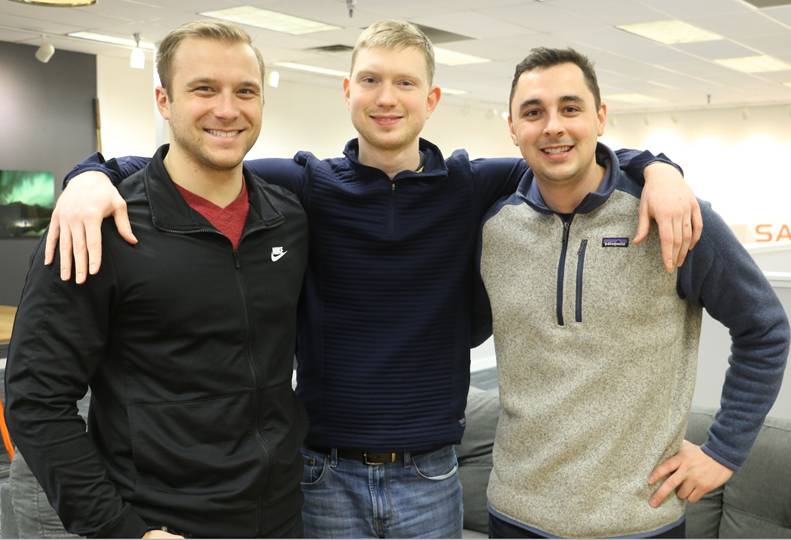 New organizers have taken over the annual Northwest Entrepreneur Competition, with a vision for expanding the competition and increasing participation from students outside the Spokane area.

For the last seven years, Whitworth University has been the organizing force and hosted the competition that brings on average about 50 student teams from schools across the region. This year, Ryan Arnold, director of regional entrepreneurship strategy for North Idaho College, and Lars Gilberts, CEO of the University District, are putting it together.

“This year is about making sure the hand-off goes correctly and making small changes to make this event better … it’s a great platform to do some great things,” Arnold says.

He adds, “It’s not a change in direction. With Lars and I now co-managing, I think it brings a different perspective, and that was the goal of us coming together to take this project on. What we’re trying to do is not only blend the business and the education community in this event, but also make it a more regionwide event.”

He adds that he and Gilberts have been visiting schools in the region, such as Washington State University in Pullman, University of Idaho, and Lewis and Clark State College promoting the competition to the university’s respective entrepreneurship programs.

This year’s competition will be held April 16 at the McKinstry Innovation Center, at 850 E. Spokane Falls Blvd., in the University District, rather than on a university campus for more public accessibility, Arnold says. Guests will hear from a keynote speaker, and the winners will present their pitches to the public during the event.

To compete, participants must be full-time students — usually college undergraduates, but the competition also is open to high schoolers, and Arnold says there is an open category for graduate-level college students. Participants must submit short video pitches of their ideas as well as one- to two-page written executive summaries describing the projects.

Thirty to 40 volunteer judges from the business community then will review the pitches before narrowing them down to the top eight teams in each of the three categories, Arnold says.

As the competition also is a learning event, Arnold says all students who submit proposals will receive feedback from the judges on the ideas.

“Even if you don’t qualify for that next round, we want to make sure that we’re providing good feedback and data so that you understand why … and how to improve, because that’s what this competition’s about. It’s not necessarily about the money, it’s about helping students improve and get better,” Arnold says.

Deadline for submittal is Feb. 14.

Arnold adds that the advisory board, which consists of university representatives and local business leaders and assists in organizing the event, is hoping to have a new pitch-off event between the category winners this year where the winner will be awarded an extra prize that the audience will vote on during the final event.

The goal is to make the event more business and community friendly, Arnold says.

“We’re trying to blend in the business community and allow them to be more interactive with this event, and that’s really the long-term goal … is how to connect those resources together better while also providing the educational experience,” he says.

This year, the top prize for each category will be $10,000, says Arnold. The advisory board secured a three-year funding commitment from the Herbert B. Jones Foundation of about $30,000 in grants a year, while the board raised an additional $14,000, bringing the total awards to $44,000 this year.

Past winners of the event include online marketplace retailer etailz Inc., which took first place in 2008; social media printer Photoboxx, which took first in 2014; and Post Falls-based Safeguard Equipment, which won it all in 2016.

Timothy Ledford, president and CEO of Safeguard, says the competition was the final of three that the team won in 2016.

“It encouraged us a lot and gave us the confidence to go out and do this thing,” Ledford says.

He adds, “More than anything, it’s the practical knowledge that they bring. They’ve seen thousands of pitches not just from students but from companies … that are raising millions of dollars.”

Since winning, Safeguard, which developed a wearable voltage and current detector with the brand name Compass, has seen significant growth and has been profitable every year, Ledford claims.

The company currently is expanding its offices and expects to occupy roughly 10,000 square feet of space within the next few months, he adds.

Ledford says the company, which started with the three founders as the only employees four years ago, has since grown to 15 employees and expects to double that by the end of the year. He adds that the Safeguard has received more orders for its products in January of this year than it did for all of 2019.

As for contest entrants and students starting businesses, Ledford says he passes advice along similar to that which he received from his own advisers.

“It’s really to not just chase the money but have a purpose and passion behind what you’re doing, because when the times get hard that’s what gets you through; it’s not the money,” he says. “The money will come. Apple was built not with the purpose and mission statement that we’re going to make a trillion dollars, but to make a better computer.”

This year’s advisory board includes Arnold and Gilberts, as well as representatives from every university in the region, Steve Trabun of Avista Utilities, Charlie Wolff of SDS Realty, Megan Hulsey of Craft3, Kelly Naumann of Startup Spokane, Meagan Garrett of BrandVenture Consulting, and Cyndi Donahue of Ignite Northwest.

Tom Simpson, CEO of Ignite Northwest and president of the Spokane Angel Alliance, says he has been involved with the competition in one form or another since 2008 and views NEWC as vital to the community because of the opportunities and resources it opens up to young entrepreneurs.

“When you’re starting a new company, clearly you don’t have all the answers, all the ideas,” he says. “The better entrepreneurs are constantly reaching out to others that have experience that they don’t have to give them guidance, input, and mentorship to hone their plan,” which is why competitions like this are important.