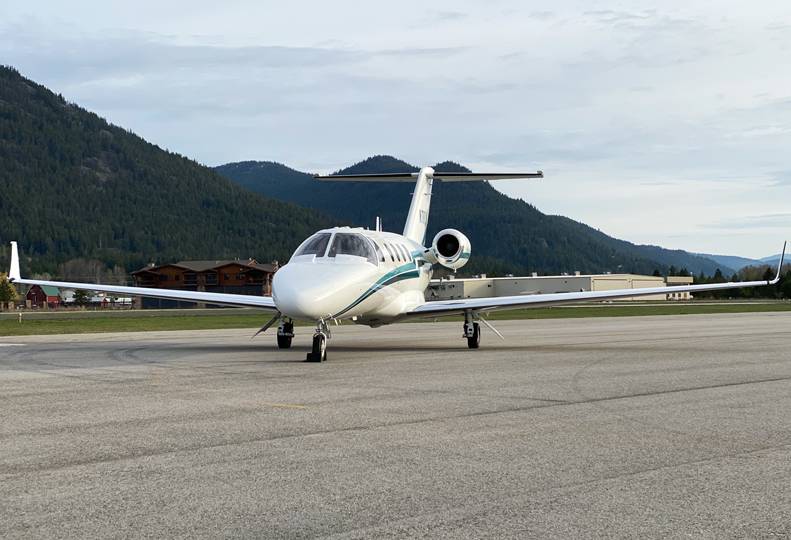 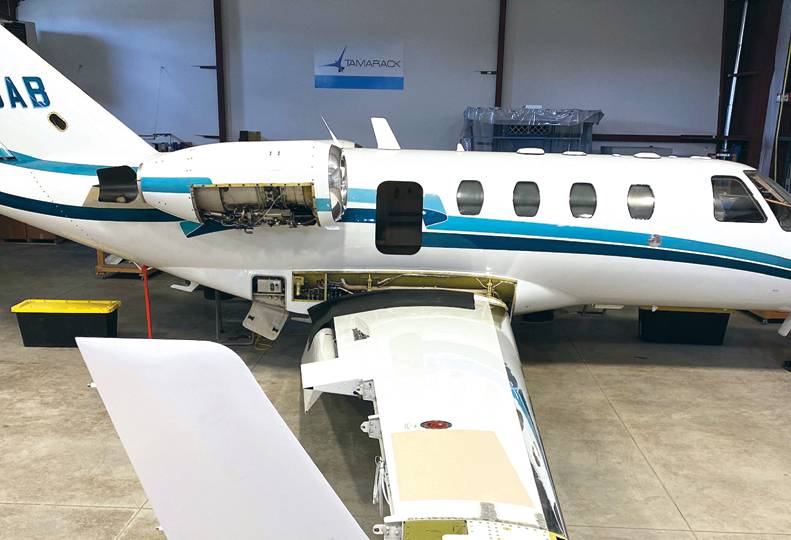 As the coronavirus pandemic takes its toll on businesses, some are offering incentives to draw customers back to their industries and keep employees working.

“We really wanted to see what we could do to keep things moving in the industry,” he says. “We have a supply chain, and they need to stay moving as well. It’s been hard with people socially and physically distancing themselves.”

Tamarack manufactures and installs active winglets, which are designed to be attached to Cessna CitationJet wingtips to boost fuel efficiency by increasing lift and reducing drag.

The company decided to offer free installation not only to help customers looking to add cost-saving products to their planes, but also to keep its employees and supply chain working, Klinginsmith says.

Installation of the winglets normally costs around $42,000 per plane, and the company already has had three new customers purchase the product since announcing the free installation. Its best-selling model costs about $157,000, excluding the installation fee. Klinginsmith adds that the company is also in communication with about two dozen other prospective Cessna CitationJet owners about installing Tamarack’s winglets.

“We have had a pretty positive response from that,” Klinginsmith says. “We’re working with our partner network to keep their facilities working.”

Tamarack has 20 network partners worldwide and has installed over 100 winglets to date.

Klinginsmith declines to disclose projections for 2020 revenue but estimates that between Tamarack’s headquarters and its partner network, the company has had over 30 sales of its active winglets this year.

“A lot of our customers weren’t able to fly their airplanes, and so they were thinking about upgrades and what they could be doing,” he says.

The company also has about six vendors that it regularly orders from and about 24 that it orders specialty parts from in its supply chain.

Klinginsmith says the pandemic likely will have a lasting ripple effect on the aerospace industry.

“It’s forcing everybody to reevaluate how they’re spending their money and attention,” he contends, adding “Everybody’s going to be reevaluating what they’re working on and really looking at ways to make aircraft operations more efficient and sustainable, too.”

He says airlines and other companies accepting government aid will be required to show sustainability improvements not only for efficient business operations, but also from an environmental standpoint.

Klinginsmith contends that Tamarack’s financial hardships last year put the company in a good position to weather the coronavirus storm.

At the time, the company began restructuring and employing leaner practices, which Klinginsmith claims helped the company going into the pandemic.

“One advantage that Tamarack had, because of last year being a tough year for us, we had been in a pretty efficient mode of operation already,” he says. “Going into this, we were pretty strong and ruggedized from last year.”

The company currently occupies about 14,000 square feet of space at 2021 Industrial Drive, next to the Sandpoint Airport.

In July, the FAA lifted the restrictions on the jets equipped with the winglets, provided approved upgrades were installed. Only a month later, the company received court approval to accept nearly $2 million in committed debtor-in-possession financing, which provided a safety net for the company to continue operations.

In March of this year, the U.S. District Court for Eastern Washington confirmed the aerospace company’s plans for reorganization, allowing the company to start to emerge from its voluntary bankruptcy.

Going forward, Klinginsmith says he’s optimistic about what the second half of the year will bring for the company.

Klinginsmith says he expects to see more use of personal business jets and charter operations as the travel industry starts to reboot.

“We’re expecting airlines to have really been hurt by the pandemic,” he says. “Business jets are going to be used more as people start to ease back into travel, because they’re a little more manageable in terms of exposure.”

He adds that the company also is looking at new projects although he declines to elaborate on them.

“We still plan for this to be a growth year, and we’re pushing that really hard behind the scenes,” he says.

Most of the company’s 22 employees began working from home in mid-March, Klinginsmith says, and those who were needed onsite during the winglet installations followed Centers for Disease Control and prevention guidelines on social distancing and sanitation practices.

“It’s pretty easy in a hangar to keep distance between folks,” he adds.

The company also is splitting shifts to ensure safe distances between employees.