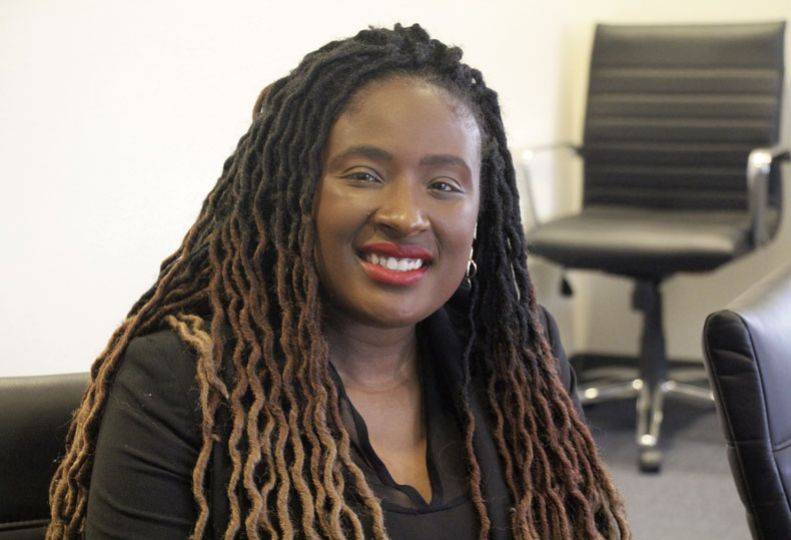 Stephaine Courtney founded The Learning Project Network in 2015 to provide affordable in-person and online training for educators that interact with children from nontraditional families or who have behavior issues.

The business has evolved in the last eight years to offer community awareness events regarding the health of women of color during pregnancy, in addition to educator training in Eastern Washington.

It also offers other events focused on the Black community through art exhibits and recently released a podcast and a documentary, both named, “Girl Get a Doula.”

Courtney, 38, says, “We created online, hybrid, and in-person trainings that focused on social justice issues and then we moved forward … with community engagement. Over the last four to five years, The Learning Project has put a big emphasis on maternal health, and we started exploring maternal health because of my own experience.”

Courtney experienced infertility issues that went undiagnosed for years, she says, and had two miscarriages. After finding help and resources on her own and then becoming pregnant, she says the help of a doula prevented a health emergency, which helped inspire the organization’s new direction.

A doula is trained to provide nonmedical assistance before, during, and after labor through emotional and physical support. Courtney says doulas can help new parents feel supported when dealing with sleep deprivation, pain, and emotional and mental health issues. She adds that doulas also can aid people before they become pregnant and continue care throughout the rest of their lives.

“I learned that we need a larger conversation, and it wasn’t happening among people of color,” Courtney says. “I learned through my journey and experiences that Black women were not a part of the conversation when it came to maternal health. That’s how we got into that sector.”

Courtney is the sole employee of the Learning Project and operates from a home office in Spokane. She declines to disclose annual revenue but says the organization has performed well year over year.

The Learning Project generates revenue from speaking engagements, and from the sale of training courses, art pieces, and books, she says. It receives grant funding from nonprofits, including the Spokane-based Better Health Together and Empire Health Foundation.

Three women of color were awarded scholarships to become doulas in 2022, Courtney says. A total of $1,500 was awarded for the scholarships, which were funded in part by the Learning Project’s training programs.

This year, the organization will present an art exhibit, “Unfolding Martin Luther King Jr.’s Dream,” in addition to producing a second documentary film about Black motherhood and maternal health, and hosting events for Black Maternal Health Week, in April.

The Learning Project also has been working with Rogers, Shadle Park, and North Central high schools to raise mental health awareness and is revamping its educator training in 2023 with a goal to partner with two additional Spokane-area high schools.

“We focus a lot on empowering students to empower one another,” Courtney says. “Our hope is to inspire others to want to dive into some of these projects.”

In June, Courtney formed the Shades of Motherhood Network, a Spokane-based nonprofit derived from a previous Learning Project program. The network provides maternal health resources and services and brings together women of color and reproductive health care professionals to build relationships and promote doula services in an effort to improve maternal health outcomes.

“We don’t believe maternal health is about one thing,” she says. “It’s not just about giving birth, it’s actually about the community.”

Courtney contends that her work around maternal health advocacy will benefit Spokane’s economy.

“If we were to implement a doula into a person’s life … that’s going to help their recovery and that’s not only good for the person, but that’s also good for our economy and good for our businesses,” she says.

Courtney notes that research shows that people who give birth have one of the highest unemployment rates because they struggle with balancing parenthood and work without support and end up leaving the workforce.

“If we put the right support systems in place, our community will benefit, but most importantly our kids are going to benefit,” she adds.

Courtney contends that each of the Learning Project’s programs relates to her ultimate goal of building a healthier and more equitable Spokane community.

“Our goal is to create a program that will address some of the disparities that are within maternal health, such as wealth, mental health, leadership, career development, and homeownership,” she says. “We have lunch-and-learns where we invite people to speak, and they earn certificates in levels of leadership. Our hope is that these seeds will be planted so that one day … they’re going to have a set of skills, tools, and conversations they can lean back on.”

Courtney says that she measures the success of a program through event attendance, and she expects greater involvement this year than in 2022, where event attendance and resources were provided to 500 community members.

“If I don’t do this, I can’t live here, because I won’t raise my daughter in a place that doesn’t have these things that people are fighting for,” she says. “But I love Spokane, and I’m willing to do whatever it takes.”