Migrating from front-line nursing to online records at Providence 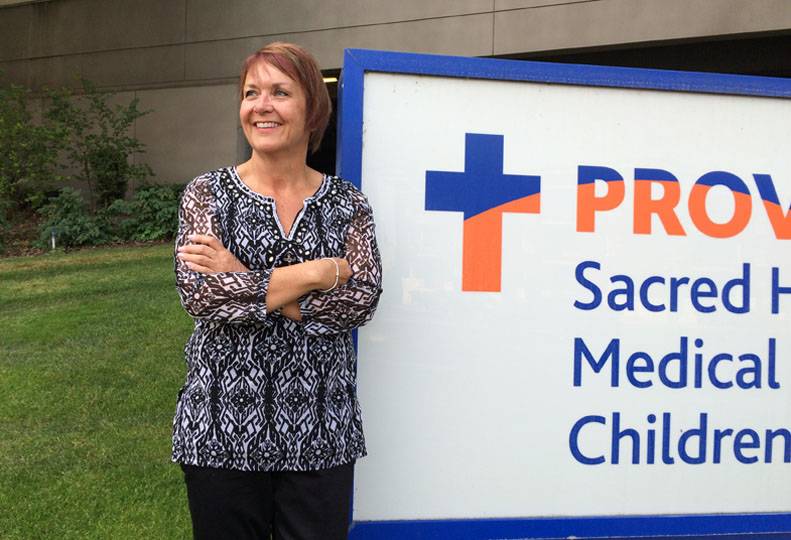 Brenda Covert started working in the health care field as a registered nurse 30-some years ago and worked her way up in the ranks to implementation manager of Providence Health & Services’ massive conversion to the Epic electronic medical records system.

During the long, intricate transition to Epic, Covert was responsible for coordinating multiple teams in the switch from previous medical records, whether paper or electronic.

Covert has been with Providence for 30 years, rising through the ranks at Providence from bedside nursing to various roles in nursing leadership to her current position.

She chatted with the Journal recently about her career and the health care changes she’s seen.

Journal: How would you describe your leadership style?

Covert: I manage by inclusivity. Everyone is a part of something here; everyone involved in the project brings experience and value to the team. This may be different from leadership styles in what I’d call pure business settings, but I’m a nurse first, a manager second. I work for an organization where the patient, our mission, is the center of all we do. As a nurse, I think with heart and hope, without ego. This is where we differ from a traditional business style of leadership.

J: What kind of career advice do you give new nurses?

Covert: Be open to learning new things and don’t be afraid to take on more responsibility and broaden your skill set, even if it means sacrifice and hard work. The first manager position I took resulted in a $30,000 decrease in salary. But I knew the move would ultimately benefit my career and be a step towards leadership, which had been a goal of mine. If I would have focused on the money, I never would’ve had opportunity to grow.

J: What are some early lessons you learned about being a manager?

J: Who was the biggest influence on your life?

Covert: My mother who raised us on her own.

J: You were raised by a single mother?

Yes. My father left the family when I was three and my mom raised us by herself. It leaves quite an impression on a young person to see their mother working so hard day in and day out. She always believed that her children could do great things in the world and make a difference. She also believed in education.

J: You attended Carroll College in Montana, which has a long list of distinguished alumni?

Covert: I am proud to say I’m a Saint.

J: You took a different track than most nurses by completing a four year degree instead of going to a two-year RN program?

Covert: In college, I entered a pre-health professions track with intent to obtain a four-year bachelor of arts degree in nursing, which is not typical as most nursing programs are just two years and teach basic sciences. I received an excellent education at Carroll. In addition to taking the science and health care-based courses, I studied philosophy, comparative religion, sociology, and politics. We were also using computers at Carroll, and I was fascinated by technology. I was admitted to the nursing program after a pretty brutal application process for me. The professor who conducted my interview suggested I might want to consider another career path. Thirty years later, I think I’ve proven her wrong. I never quit.

J: What was your first job out of college?

Covert: I started working on the neuroscience and neurosurgical critical care unit at Sacred Heart because my first choice, obstetrics, had no openings. After 15 months in neuro, I was approached by the head nurse to apply for a position in labor and delivery. I stayed there for 13 years, which included three years as an OB flight nurse and teaching nursing staff throughout the region, and then moved into management.

J: How did you make the transition from clinical care to electronic medical records?

Covert: It was during my time as a flight nurse that I began dealing with EMR. OB was one of the first areas of care that went electronic, and I always had great respect for technology. You know, I had a pager, then a cell phone. We were the first to have a Blackberry, and I knew technology could really change things.

Over this time, I expanded my knowledge and continued to grow when in 2010, Providence as a whole system decided to go electronic. They formed a collaborative guild to assess what was needed, and I fit into the clinical piece of that and was asked to participate with 600 other health professionals. We were really onto something, and I could feel that this was the future. This was it. Nursing informatics was born, and I was right there. It was during the collaborative guild I decided to make the change because I don’t like to follow, I like to lead. I wanted to be a part of this creative process, and most of all I had the ability to communicate what was needed at the bedside.

J: What was your first EMR position?

Covert: Jobs first came open when I was at Holy Family, and I applied formally after we completed our remodeling. That was 2012. My first position was training nurses and developing curriculum to assist in the integration of OBIX and STORK (specialty software). It was in the department Providence called strategic and management services. It was cutting edge, and I wanted nurses to see and understand this was to be the future.

J: How has health care changed over your 30-year career?

Covert: Patients are just sicker and have more chronic health conditions than when I started nursing. The incidence of Type II diabetes is an example.

The move from paper to electronic records has been a big change also. I see things clinically, but also how things are going to impact the profession.

I’m forward thinking. I always move forward in this regard. We go forward in medicine and science, we don’t go backwards.

J: How has nursing itself changed since you started?

Covert: Never before have nurses had such opportunity to affect so many levels of health care. The amount of autonomy given to nurses today was something unheard of 30 years ago and it’s been a long time coming.

J: What are the challenges in the change from paper to electronic records?

Covert: The biggest challenge I see is there is less flexibility or personalization in a computer system then when we documented on paper. Now, clinicians click boxes on a screen to create the patient story. And there are limitations to creating those notes, especially in the specialties and subspecialties. From a business perspective, changing from a paper system is initially very costly including the number of  IT professionals behind the scenes and costs for equipment. The initial capital expenditure is huge. For me it was the next place to challenge myself.

J: What can we expect with medical records in the future?

Covert: We’re moving toward a common medical record that will follow you everywhere you go.

Will I see it in my life time? I don’t know, but it’s something that’s coming.

Imagine going to a foreign country and getting sick. Your medical records would be there in seconds, and that can be the difference between life and death. This would have been impossible if we stayed with paper.

J: Has the nurse partly responsible for Providence’s modernization gone paperless herself?

Covert: Yes, I’ve gone paperless, with one exception. I admit, I still love reading the newspaper with a cup of coffee.

J: What is your proudest professional accomplishment?

Covert: My proudest clinical accomplishment was, no question, being a flight nurse. It was a huge challenge and it tested my clinical skills in ways I never imagined. There’s something about administering care inside a helicopter, high above a city or flying over a wheat field, where life and death hangs in the balance that hones one’s clinical abilities like nothing else in nursing.

However, the most rewarding part of my career in nursing leadership has been the opportunity to mentor other nurses to challenge themselves, whether through additional training or furthering their education, and to see them grow professionally is very rewarding.

So many people have mentored me. I feel I need to now give back. Mentoring, like charity, is similar to throwing a stone into the water there’s this terrific ripple effect and that’s how this whole thing works.