Airway Heights moves ahead with plans for recreation complex 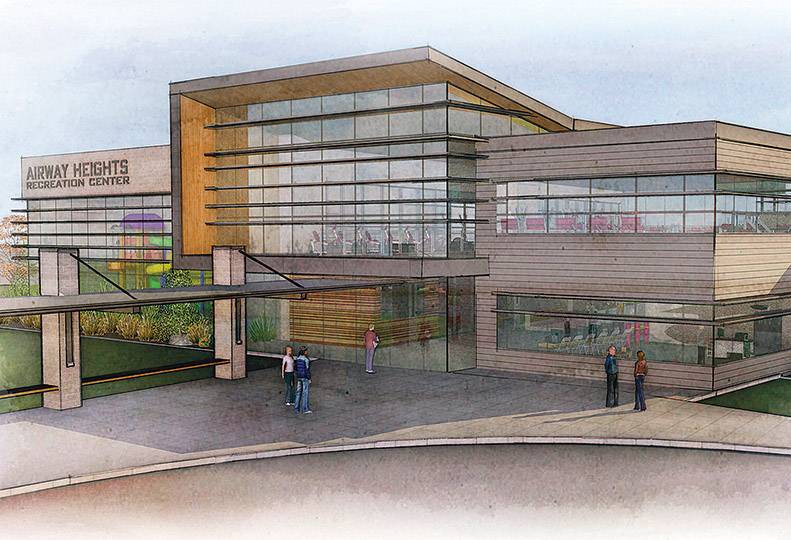 Recreational activities could translate into an economic boom in upcoming years for the city of Airway Heights, following apparent Aug. 2 voter approval of a $13 million bond to build a recreation center.

A similar recreational request in the recent election for Liberty Lake didn’t fare as well. Its residents appeared to have rejected a $12 million bond measure to fund construction of a community center facility to include a library, multipurpose rooms, and outdoor aquatic facilities.

Last week, Airway Heights leaders watched results closely indicating that city’s proposal narrowly had gained about 61 percent of votes in favor. With results to be certified Aug. 16, the initiative requires at least a 60 percent majority vote.

“The rec center is important; there’s nothing like it on the West Plains,” says Airway Heights Mayor Kevin Richey. “I think it will be a great draw for the city and the entire region. I see it drawing people even from west Spokane, Davenport, Cheney. You have the YMCA downtown, but that’s the closest.”

Richey adds, “It complements the casinos and all the customers and employees they’re bringing, and it’s a gathering place for the community with meeting space. I think it will be a huge addition to the community.”

Airway Heights leaders say they hope construction will begin during 2017 or soon after on both the recreation center and on components of a $1.8 million first-phase project to build nearby outdoor fields and other park features.

Early outdoor features include a shelter, restroom, and multipurpose spaces that eventually will accommodate six youth soccer fields, a baseball-softball field, and a basketball court.

“We envision the full buildout of the 70-acre complex to be a huge regional draw,” Richey says. “With youth soccer and the tournaments they hold, we’ll be able to accommodate those things.”

He adds, “People coming to those events tend to stay and eat; families go to the stores. It will be a huge economic impact and a positive addition to the community.”

The city is in the process of securing additional funding for development of the complex’s outdoor park areas. It did gain $200,000 earlier this year from state legislative funding. Sen. Michael Baumgartner and Rep. Kevin Parker, both of Spokane, and Rep. Jeff Holy, of Cheney, helped the city secure those funds.

The municipality also is applying for a $500,000 grant from the state Recreation and Conservation Office for the park.

J.C. Kennedy, director of Airway Heights parks and recreation, says the city expects to return to the Legislature seeking another $200,000 in capital funding to start the outdoor complex.

ALSC Architects PS, of Spokane, completed early renderings of the proposed facility for public review. With bond initiative approval, a steering committee will be formed and public meetings will be held to finalize designs.

Airway Heights actually began working on a concept for an indoor aquatic and recreation center more than a decade ago, first proposing an unsuccessful 2005 bond initiative for such a facility.

Since then, however, the city has finished two updates to its Parks & Recreation Master Plan. Each time, a recreation center showed up high among priorities. In 2014, the city council commissioned a survey among a representative sample of 212 residents.

Nearly 90 percent of people in the survey indicated support for a recreation center. Support also ran high for developing the city-owned 70 acres adjacent to Deno Road into a community park.

A park-site master plan was developed following public meetings in 2012 to include phased development of trails, athletic fields, open space, a fenced off-leash dog park, and water-infiltration ponds to recharge the aquifer.

More than 80 percent of survey respondents said they would either strongly or somewhat support a city council proposal for a tax increase or bond initiative to make improvements to existing parks, develop the 70-acre site, and create new recreation facilities.

Also, a recent economic impact analysis of the Airway Heights Recreational Center proposal found more than 32,000 residents live within a 15-minute drive of the proposed facility site, based on Census 2010 information.

The analysis indicates more than 20 percent of that population exercises at least six hours per week; 21 percent, three to five hours a week; and nearly 20 percent, one to two hours a week. It also estimates the regional population near Airway Heights spends about $3.8 million a year on sports participation, lessons, and membership fees, based on average annual spending habits.

Additionally, the recreational complex will fill a significant gap for the city’s residents who don’t have access to any large outdoor sports facilities other than one field at Sunset Park, next to an elementary school, says Kennedy. He adds that the city lacks any other school fields. “All our children in middle and high school are bused to Cheney.”

Additionally, the recreation center will provide a venue for events and a place to connect, he says.

“We lack a community gathering place, a central feature in our community, so having a recreation center that would create that is huge,” Kennedy says. “It means not having to drive all way into Spokane to access a recreational facility.”

The bond is expected to fund construction of the recreation center, while the city is considering charging fees to cover the center’s operating and maintenance costs. Under the bond measure, residents will be taxed $1.398 per $1,000 of assessed property value, or about $210 annually for a $150,000 home.

Richey says the city will continue working on the 70-acre complex and funding needs, but the new center is key.

“With the component of the rec center, that is the first step forward to stimulate the project,” Richey says. “We’ll still have to go after funding to get some build-up around it. We have some Legislative funding now; we’re hoping for more next year to start that process.”

He says plans also envision preserving some land behind the center to accommodate a future expansion, if needed.

“The rec center we’re building has the ability to be expanded later, so some space behind it will be designated for that,” Richey says.