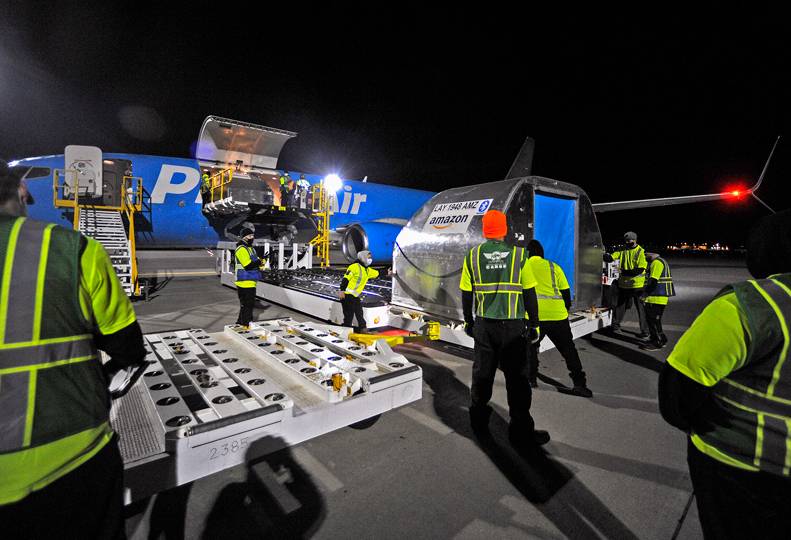 Amazon Air is the megaretailer’s dedicated network for delivering packages across longer distances and has operations at more than 35 airports in the U.S., according to the company's website.

More than 50 employees will be hired locally for Amazon Air's Spokane operations, the company says in a release.

As previously reported by the Journal, Amazon inked a deal in March to lease a new 30,750-square-foot air cargo facility at the airport. Construction started on the project in April.

The airport is leasing the roughly 6-acre site to S3R3 Solutions, which constructed the building and is subleasing it to Amazon Air. The $5.4 million facility, designed and built by Spokane-based Garco Construction Inc., is located on Pilot Drive, northeast of Landmark Aviation and Absolute Aviation Services at the airport.

The gateway will be managed by Amazon's logistics partner, Wheeling, Illinois-based Trego-Dugan Aviation.

“We are thrilled to expand Amazon Air operations in Spokane to improve capacity for shipment of customer packages in the region,” says Chris Preston, director of Amazon Air gateway operations says in a press release.

The Amazon Air cargo facility will transfer parcels from the airport to and from the Amazon Fulfillment Center, located at 10010 W. Geiger Blvd., a few miles southwest of the new Amazon Air location.

This is the second Amazon Air location in the state. The first is in Bellevue.