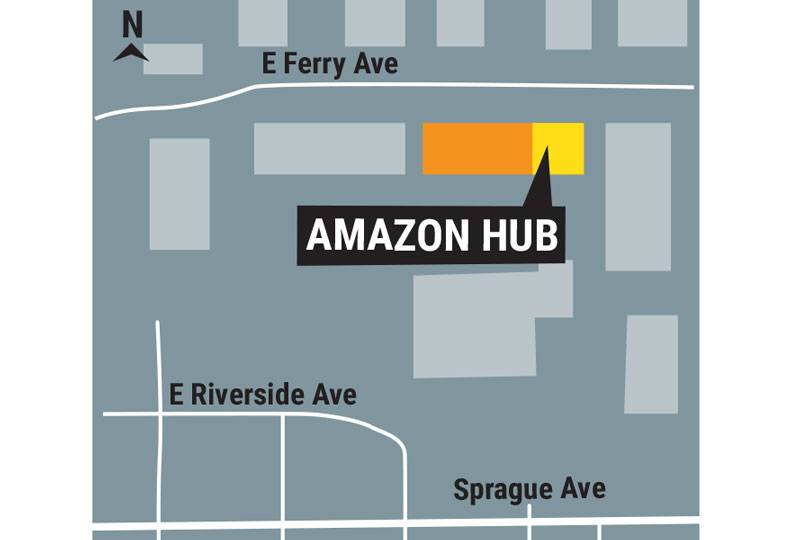 The company’s newly opened Locker+ location offers both self-service and assistance services, according to an Amazon website.

The center is open for business, occupying just over 15,600 square feet of space at 2720 E. Ferry, in the northeast corner of Building 3 of the Playfair Commerce Park.

The facility is the company’s first Locker+ center in Spokane, although Amazon has 20 Hub locations scattered throughout Spokane County, with most within Rite Aid Corp. drugstores.

Huppin’s Hi-Fi, Photo & Video Inc., at 8016 N. Division, has a pickup service, as does the Rosauers Supermarkets Inc. store at 9414 N. Division; the DoubleTree by Hilton, at 322 N. Spokane Falls Court; and the Diamond Self Storage, at 5602 W. Sunset Highway; according to an Amazon website.

Anne Laughlin, spokeswoman for Amazon, declines to comment on the new location.

The massive online retailer has been expanding its Spokane footprint steadily since the launch of its 2.6 million-square-foot fulfillment center on the West Plains.

Plans for the site at 6902 N. Division list the construction value for improvements there at $15 million. Seattle-based MG2 is listed as the project architect.

The development team has been issued interior demolition permits, and Perlo Construction, of Tualatin, Oregon, is the contractor on the demolition.

Meantime, in Spokane Valley, Project Fireball, which is widely believed to be a second Amazon fulfillment center, was issued permits early this month to begin construction on a nearly 1.6 million-square-foot building.

That project is currently valued at over $150 million, up substantially from its original estimate of $105 million reported late last year. Portland-based architecture company Mackenzie is designing the facility.

Updated building plans filed with the city of Spokane Valley show two guard houses and a 200,000-gallon water tank for a fire pump house have been included in the project plans. Additionally, the developer plans to vacate a portion of Garland Avenue that runs through the development site and build a new section of road outside the development area.

The plans also show the building will include a nearly 1,300-square-foot “Career Choice Classroom.” Career Choice is the name of Amazon’s program that provides employees opportunities to take courses and build skills for careers outside of Amazon.

The contractor is listed as Chicago-based Clayco Corp., which has built 17 of Amazon’s e-commerce facilities, including the 2.6 million-square-foot Nampa, Idaho facility.