Believe In Me foundation expands mission 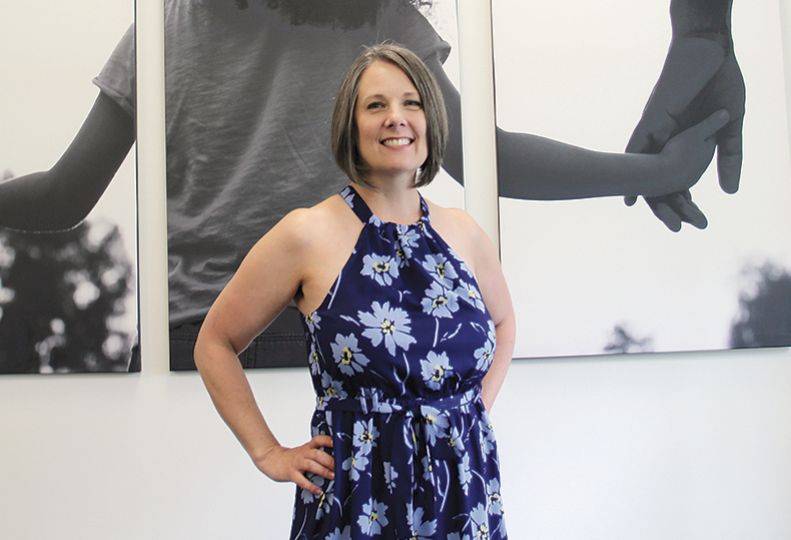 -—Karina Elias
Believe In Me CEO Julie Wukelic has expanded the staff of the foundation and moved its offices in downtown Spokane.

Believe in Me, formerly the Morning Star Foundation, has increased its fundraising efforts and its distribution of funds to Inland Northwest children’s charities since changing its name in November, says the foundation’s CEO Julie Wukelic.

Initially the foundation, which was established in 2006, had raised funds solely for the Morning Star Boys’ Ranch, a residential facility and service organization for youth at 4511 S. Glenrose Road, in Spokane.

Over time, however, the independent governing boards of the ranch and the foundation decided to fund grants for other organizations that align with their missions to assist youths who are homeless or orphaned, in foster care and adoption systems.

The foundation also aims to support organizations that provide wraparound services to youths, such as trauma-based therapies, education, and enrichment.

In 2020, after the Morning Star Foundation’s only employee left her position, the board named Wukelic its first CEO and eliminated its executive director position. Wukelic had been a volunteer board member and director of account-based marketing for Ignitium LLC, of Spokane.

Within six months of starting her new role, Wukelic digitized the foundation’s records, revamped its website, and established a social media presence.

In addition to Wukelic, Believe in Me has four other staff members.

“We’ve had significant growth in terms of staffing and revenue,” says Wukelic.

Annual revenue for 2021 was roughly $550,000, says Wukelic, adding that those figures are still being processed.

Before Wukelic came on board as CEO, the foundation hadn’t done any fundraising in over five years, she says.

Now that it has formally separated from the Morning Star Boys’ Ranch, Believe in Me has implemented five fundraising events called “friendraisers” and has seen a significant increase in support, says Wukelic.

The event had such positive feedback that this year, the organization held two golf tournaments in one day, one in the morning and one in the afternoon, says Wukelic. The June 10 joint tournament hosted 240 attendees and raised $350,000 in cash and in-kind donations.

“The golf course (representatives) told us they had never done it before, but we were strategizing with them for a year and it all went smoothly,” she adds.

Other events include the Believe in Me Beauty and Drag show in October to support the LGBT community, and a virtual gingerbread house-making event featuring Spokane chef Ricky Webster, owner of Rind & Wheat and newly opened Morsel.

“Last year, Ricky told his Believe in Me story and did a tutorial on how to build an amazing gingerbread house,” says Wukelic.

She says the sentiment behind Believe in Me stories is: “Each of us who have amounted to anything in our lives can point back to a point in our lives when someone said … I believe in you.”

The foundation uses this Believe in Me theme as a way to tell stories about people who have succeeded in their lives and as a call to action from the community, explains Wukelic.

Believe in Me hosts on its website video stories like that of Ruben Mayes, All-American running back from Washington State University, who now is an executive at Pullman Regional Hospital.

“Paul is doing sales and leveraging his network, including Ruben Mayes, to tell our story and help kids,” says Wukelic.

Wukelic says both she and Sorensen hope someday to make Believe in Me a nationwide brand.

“The problems we are solving are not unique to Spokane,” she says. “Every city, every community, every town has kids who can benefit from what we are trying to accomplish here.”