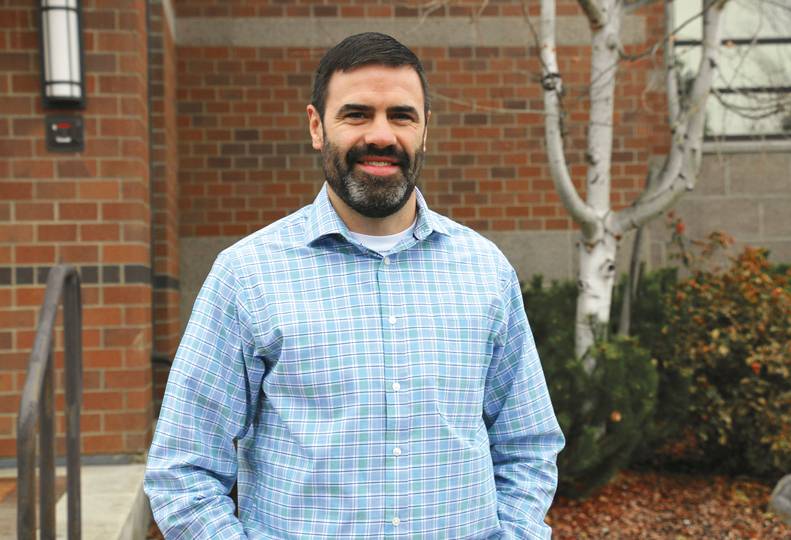 -VIRGINIA THOMAS
Marc McCall, partner at Randall & Hurley Inc., says he sees automatic employee enrollment into retirement plans as a positive change, though some have concerns about the requirement.

Proposed federal legislation some are calling SECURE Act 2.0 likely would encourage saving for retirement by expanding on legislation passed in 2019, local financial consultants and planners say.

If it makes its way through the legislative process, the Securing a Strong Retirement Act proposes to provide automatic retirement plan enrollment, raise the required minimum distribution age, provide incentives for companies to start retirement plans, and allow employees to pay down student loans in lieu of contributing to a 401(k) retirement savings plan.

The bill is currently in the U.S. House Ways and Means Committee. It was introduced on Oct. 27 by committee chairman Richard Neal, a Democrat from Massachusetts, and ranking member Kevin Brady, a Texas Republican.

Marc McCall, partner and director at Liberty Lake-based financial consultant group Randall & Hurley Inc., says the bill would build on the 2019 Setting Every Community Up for Retirement Enhancement Act.

“The intent is good in that it’s trying to allow more individuals to be able to save for retirement or accumulate more retirement dollars,” McCall says.

One of the potentially compelling aspects of the bill is the proposal to create automatic retirement plan enrollment for employees, leaving it up to them to opt out if they don’t want to participate.

“We see automatic enrollment being a positive thing from the employee standpoint, because a lot of people are concerned about those financial decisions, they’re not sure how much to contribute and they’re not sure what investments to pick,” McCall says.

Automatic enrollment would take the burden of decision making off of employees but would require more work on the part of employers, McCall says.

Kevin Lehinger, senior vice president and relationship manager at Spokane-based financial planning company Hart Capital Management Inc., says he’s wary of the concept of employees having to opt out of a plan, rather than opting in.

“I’ve always been troubled by that personally, because at the start of employment there tends to be much more turnover,” Lehinger says.

If an employee opts out after a few pay periods, it will leave the employer’s retirement plan burdened with administrative costs for a small balance that would remain for the duration of the person’s employment, he says.

“Those two features have been very popular for retirement plans,” Green says. “This law makes it required.”

Green says the automatic enrollment and escalation provisions are part of the federal government’s push toward individuals saving for retirement as other retirement options fade.

“The three-legged stool for retirement used to be savings, pensions, and Social Security,” Green says. “Pensions have gone away. Other than the public sector, there are very few private-company pensions out there anymore.”

Another aspect of the bill that Green says would encourage more people to save for retirement pertains to student loans.

The bill as it currently stands would allow employees to pay down a student loan instead of contributing to 401(k) plans and still receive an employer match in their retirement plans.

“Right now, getting rid of that student loan monster is much more attractive than saving for a retirement that might not happen until you’re 70 years old,” Morgan says. “If you can give young people the incentive to pay that student loan back and still get an employer match for their retirement, that’s a win-win.”

Green, however, has some reservations about how that provision would be put into practice.

“It seems like that would be a complicated thing to manage,” he says.

Green says that his older clients would be most impacted by the portion of the bill that proposes raising the age for required minimum distributions to 75. The SECURE Act had raised the age from 70 1/2 to 72.

Required minimum distribution is the minimum amount a retirement plan account holder must withdraw from their account annually.

“That’ll have some effect on planning for some people, though when you see the statistics, most people take Social Security early,” Green says.

“I think that’s going to be wildly popular among my older clients,” Morgan says. “For my successful older clients, required minimum distributions are not a good thing. They’d rather leave (the money) to their kids or give it to charity.”

Morgan says he’s encouraged by the provision of the Securing a Strong Retirement Act that would create a new financial incentive for small businesses to offer retirement plans.

“They’re talking about increasing the tax credits for (companies) that start up plans,” Morgan says. “That’s always going to be helpful to encourage the main street business to put something in place. Retirement plan costs for small businesses have gone up, so creating incentives that help cut the impact of those costs is always a good thing.”

McCall says the bill’s proposition for an incentive is especially beneficial to smaller employers.

“It gets them into the 401(k)-plan arena by helping them and subsidizing some of those startup costs through tax credits,” McCall says.

As to whether the Securing a Strong Retirement Act could pass, McCall says that’s “up in the air, especially now, with some of the changes as a result of the election.”

“The SECURE Act was passed as part of a budgetary deal at the end of ‘19,” McCall says. “I think this bill would pass potentially under a similar set of circumstances, but that’s provided that they actually will get together and talk through it. That’s the big if.”

Even if the bill does pass, Morgan says it’s unlikely to retain all of its current provisions.

“We have the most divided House and Senate of my lifetime, so anything has to get through both,” Morgan says.

The bill would also have to survive the scoring process conducted by the Congressional Budget Office, which Morgan says will ensure that the bill has a neutral impact on future budgets. That’s where compromises could be made, and the bill changed.

“When it comes to legislation, there’s an ancient saying: If you love the law or if you love sausage, don’t watch either one of them being made,” Morgan says. “What you see in the beginning is almost never what comes out the other end in Congress. It’s got to go through the sausage process.”