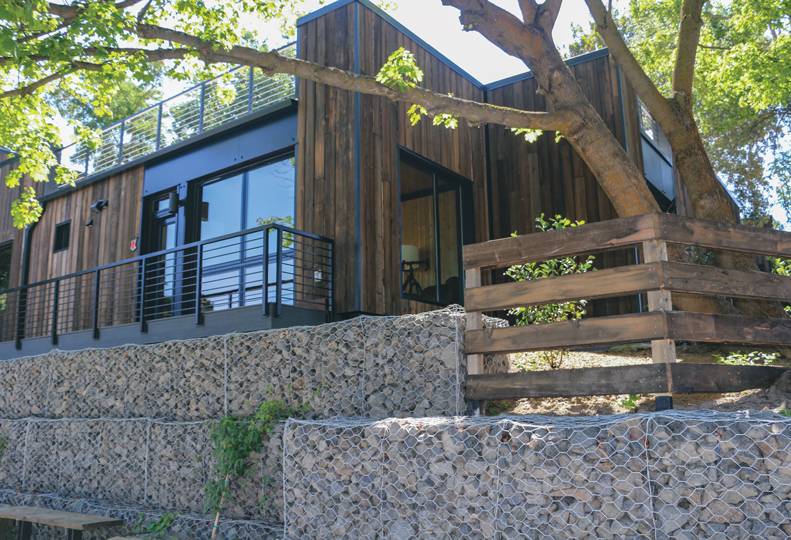 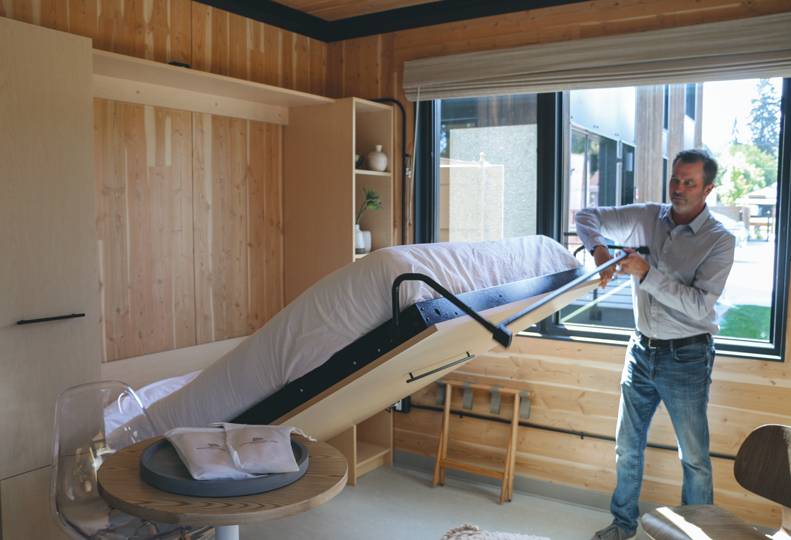 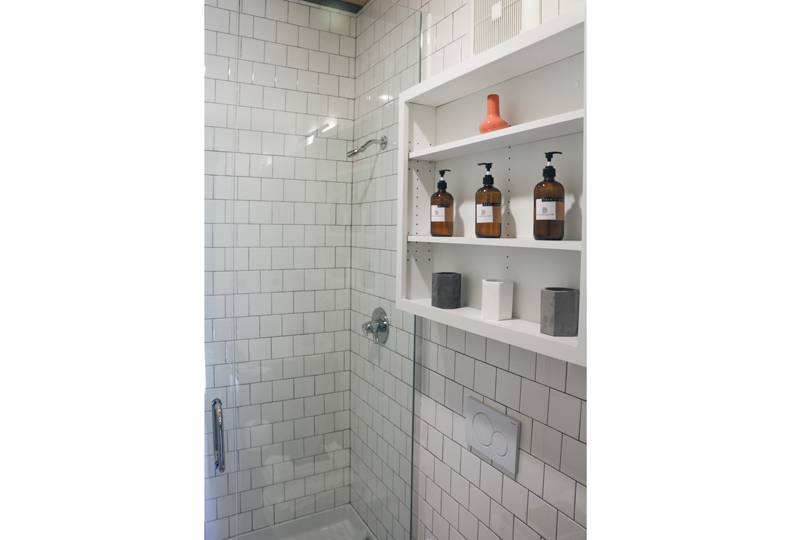 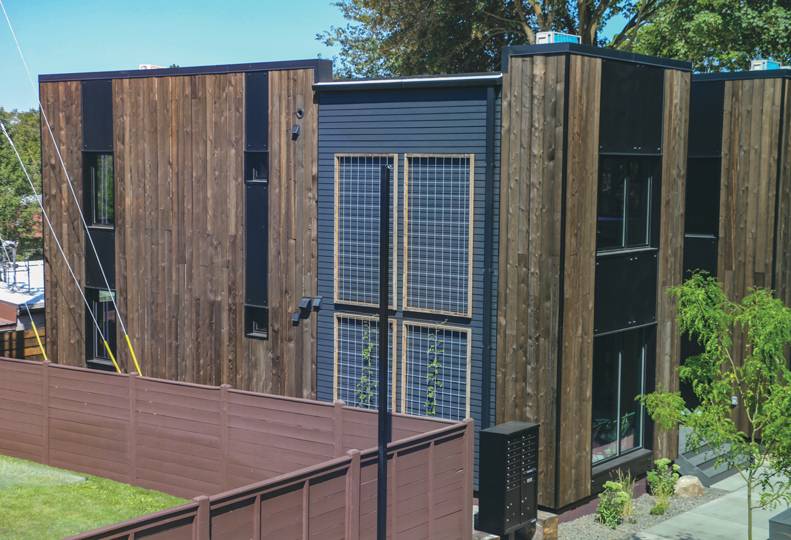 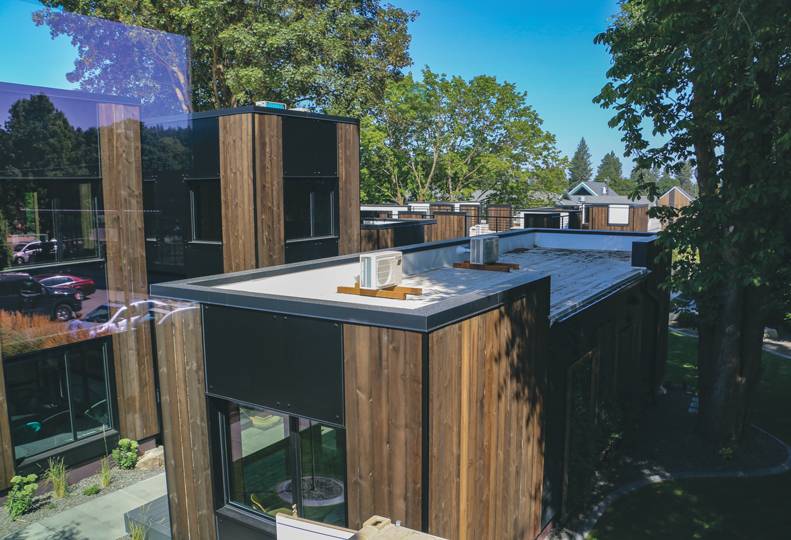 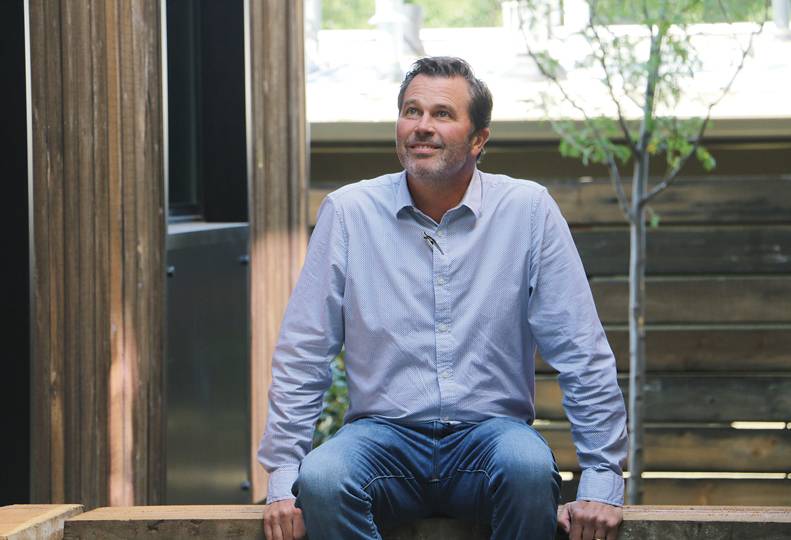 It could be considered a strong endorsement of a housing project when one of its developers decides to take up full-time residence in it.

That’s just what Andy Barrett and his wife, Liz Barrett, will be doing at the Blockhouse|Life “smart” housing development in the South Perry District, on Spokane’s South Hill.

Blockhouse is located on about a half-acre site at 1410 E. 10th, just east of South Perry Pizza and Perry Street Brewing. It’s a $2 million, 14-unit development that was conceived in the minds of a six-member development group that includes Barrett and the father-son team of Dave Coombs and Cody Coombs, co-owners of Spokane-based DMC Properties.

The group came together two years ago with the idea of creating a sustainable community development project.

The three-bedroom, 960-square-foot units cost $2,000 per month to lease. One-bedroom units at 480-square feet run $1,400 a month, and 240-square-foot studio units lease for $100 per night with listings posted on Airbnb Inc.’s website. Utilities and high-speed Wi-Fi are included in the rent, he says.

Barrett says demand is high, particularly for the short-term stays, with an occupancy rate exceeding 95% early on.

The project’s “smart” construction places energy efficient appliances—dryers double as washers, for example—on one side of a wall with the fuse box on its opposite side.

On its exterior, cross-laminated timber is made of small-diameter and sometimes diseased or dead trees, providing a smaller carbon footprint than other construction materials, he says.

“As this is our first effort at something like this, I think we’re going to learn a lot about how to improve upon the experience moving forward,” says the 52-year-old Barrett.

The Blockhouse consortium had its sights set on a 10-cottage development at 1757 N. West Point Road, which is on the Spokane River side of north Pettet Drive near where Pettet crests Doomsday Hill, as that section of the Bloomsday race route is called.

But Barrett says the development group was forced to explore other locations as soil samples revealed high levels of sediment in the ground, which posed construction challenges.

He thinks the Blockhouse consortium could develop multiple communities per year throughout the Northwest.

“Finding the right land will be the tricky part,” Barrett says. “Walkable neighborhoods, solar availability, and mass transportation is critical.”

For now, Barrett says that by settling into Blockhouse version “1.0,” he will have a better idea what the consortium team can improve upon by the time 2.0 comes around.