Business-class drones to take off

Commercial use of UAVs found to improve efficiency 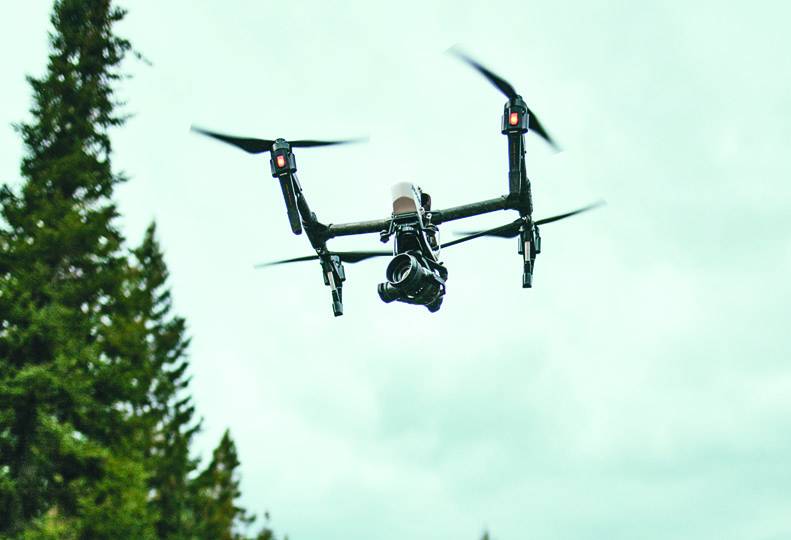 -—Sam McGhee
A drone owned by Rees Aerials LLC is shown here during a mission for a commercial client. 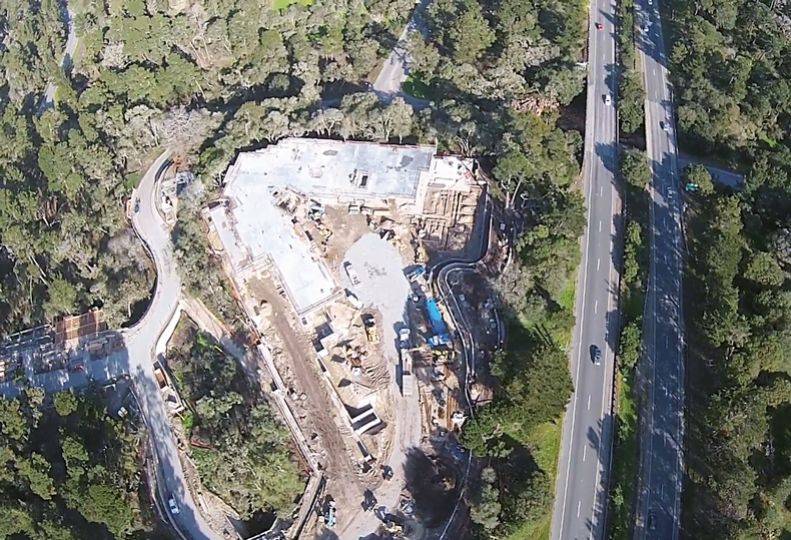 -—SRM Development
An image taken from a drone piloted by the project superintendent shows an aerial view of the Merrill Gardens at Monterey retirement complex that Spokane-based SRM Development LLC is building in California.

Commercial drone use is taking off, and soon more Spokane-area industries and businesses big and small are likely to see and hear what the buzz is about, some drone users here say.

Robert Rees, owner of Rees Aerials LLC, of Spokane, has been flying drones for commercial uses for about three years. Such uses have ranged from facility inspections to feature-length videos and documentaries, says Rees, a retired military aviator.

Drone use also is starting to grow in real estate sales, he says, adding that drone photography and videography provide perspectives that real estate buyers don’t see in a standard real estate listing.

“Based on reports I get back from buyers, they like to see that,” Rees says.

The daylong event, which McArthur says will be the first such forum here on drones for business use, is scheduled for March 21 at the Spokane Convention Center.

Although the conference originally was intended to focus on drone use in real estate sales, general admission tickets can be purchased for $150 to $175 by anyone interested in piloting nonrecreational drones in the course of their business.

Presenters will include representatives of the drone industry, commercial drone users, service providers, and the Federal Aviation Administration, McArthur says.

“We want the conference to be an illumination of what you need to do right,” McArthur says.

Rees, who is the lead Spokane representative of the FAA safety team, will participate in the forum.

“Our whole job is to provide education and outreach to promote safety within the national air space,” he says. “The last thing anyone wants is for an unmanned vehicle to collide with a manned vehicle.”

Coeur d’Alene-based drone developer xCraft Enterprises LLC designed its flagship X PlusOne drone for the recreational market, but now is developing a new version for commercial applications, says JD Claridge, xCraft president and CEO, who also will be a presenter at the forum.

The X PlusOne is unique in that the X-wing drone can take off vertically and then fly horizontally at high speed for about 20 minutes before it needs to be recharged, Claridge says.

The commercial X PlusTwo drone, which will be released within the next few months, will have enhanced vertical capabilities, and will target the construction and mining industries with its mapping applications, Claridge asserts.

XCraft also will target cinematography and advertising videography, with the X PlusTwo, he says.

“If you need to move fast or follow a car, most other drones won’t go fast enough, or they’ll use too much power,” Claridge claims. “In our case, xCraft drones use less energy when they’re going fast than they use when hovering.”

Security and police work will be the third nonconsumer market that xCraft will target with the X PlusTwo drone, Claridge says.

“We could see our drone being used as a replacement to the police helicopter,” he says.

Rees contends drone use will become ubiquitous as more businesses and industries embrace it.

For example, Rees says an engineering firm recently hired him to provide drone images for a visual inspection of the Steam Plant smoke stacks downtown.

“An engineering firm typically would spend a lot of man-hours and money to conduct a visual inspection of the stacks,” he says. “I was able to go out and provide 4K (video) footage very close up and they took it to inspect the stacks from a large-screen monitor in the comfort of their office.”

“It saved a lot of man-hours and reduced lot of liability,” he says, adding that the conventional methods would have required engineers to use climbing gear or erect scaffolds to inspect the stacks.

Spokane-based SRM Development LLC owns a fleet of four drones and uses them at all of the company’s job sites, says Trevor Ashenbrener, an SRM principal who oversees construction.

“We bought our first drone in 2014 for office complexes we were working on in Kirkland,” he says. “We found we could start doing photos in-house more frequently and get any angle we would like at a lower cost,” he says.

SRM currently is developing several senior communities in Western Washington and throughout California and, depending on flying conditions, deploys drones weekly to collect photo and video images of each project.

“It’s a great visual aid for the project team and also a huge advantage for us based in Spokane,” Ashenbrener says. “We can get on the computer and look at current site progress and often use drone photos at meetings and for sending to partners or investors.”

Many contractors in the Seattle and San Francisco Bay areas also own their own drones, and Ashenbrener predicts drones will become a standard tool throughout the industry.

“I think we were on board as early as anybody in the construction industry,” he says. “We got on in front of this push, and we’re evolving with it.”

Technology and applications for drones are growing rapidly, Ashenbrener says.

“A lot of firms in the Bay area are developing software and hardware attachments,” he says. “I think there’s a big future ahead.”

SRM’s four-rotor drones are roughly two feet wide and weigh 16 to 18 pounds. They cost $1,500 to $3,000 each, and Ashenbrener claims they pay for themselves within six months through cost savings compared with conventional aerial photography with hired planes and helicopters.

SRM has one certified drone pilot and two others are going through the certification process, he says.

In the Spokane area, instruction and training for commercial drone pilot certification is offered through Felts Field-based Northwest Flight School.