Business is booming in Spokane Valley 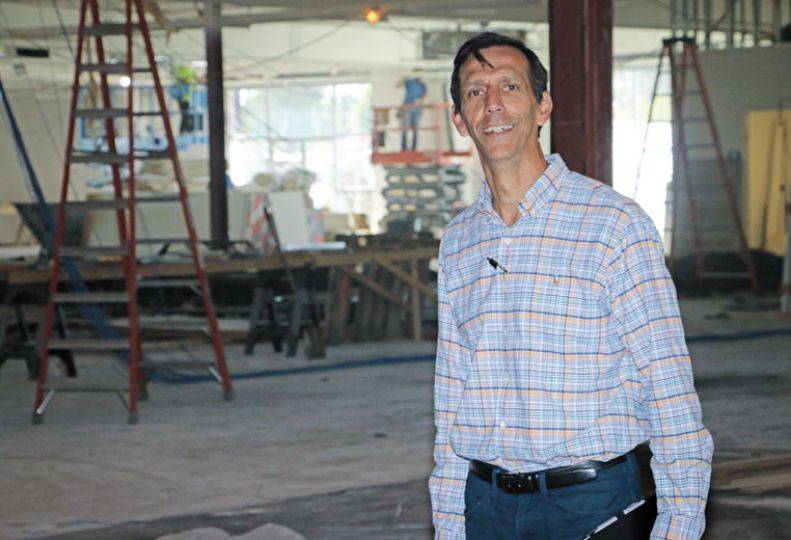 The ongoing redevelopment of the former Itron campus, construction of a new warehouse and a heavy equipment dealership nearby, and high occupancy rates at the Spokane Business & Industrial Park, together are spurring business growth in Spokane Valley’s north Sullivan Road area, some commercial real estate professionals here say.

Just south of SBIP, a developer is expected to complete work on a warehouse facility under construction at 15909 E. Marietta before the end of March, says Carlos Herrera, general manager at Spokane commercial real estate brokerage SDS Realty Inc., which handles the leasing of the building.

“We knew there was a need in the market,” says Herrera.

SDS Realty is owned by Stephen Schmautz, who also owns Marietta LLC, the real estate holding company for the warehouse.

SDS Realty already has a tenant planned for that site, says Herrera. He declines to identify the tenant, but says it would take a sizeable portion of the building’s space.

As previously reported by the Journal, the $9 million facility will include 110,400 square feet of space and will occupy three parcels totaling 7.6 acres. S&L Sullivan LLC, which Schmautz also owns, bought the vacant site along with the adjacent former Itron campus last November for $5.5 million.

Garco Construction Inc., of Spokane, is the contractor for the warehouse project.

Just west of the warehouse project site, the former Itron campus, at 2818 N. Sullivan Road, a portion of which now is home to the new etailz Inc. headquarters, has garnered significant attention, Herrera claims.

SDS Construction Management LLC, of Spokane, is the contractor updating Stay Alfred’s future space. The construction company is co-owned by Schmautz and Charles Silva and focuses on tenant improvement projects, some of which are for properties SDS Realty manages.

Some Stay Alfred employees currently operate out of a temporary 4,000-square-foot, second-floor space on the campus, while its future main space undergoes tenant improvements, he says.

At first SDS Realty was unsure of whether it should redevelop the former Itron campus into warehouse space or something else, Herrera says.

“Once etailz had interest, we knew the market had these larger companies with lots of employees who’d like a campus-type of environment with many amenities,” says Herrera.

The property includes a number of common areas, such as yoga room, full gym, volleyball pit, and a space for barbecuing.

One reason tenants have been attracted to the campus is that it offers larger companies the capability to consolidate their operations into one big facility, while also having amenities such as parking, asserts Herrera.

Additionally, just renovating the property and giving it new life could be attracting interest, he says.

“You come in, you shock the system, and you have a different vision,” says Herrera. When people do that, others start talking, and that creates a chain effect, he says.

Construction crews broke ground last month, and the company plans to move from its current, smaller office at 4030 E. Trent by next April.

A building permit issued by the city of Spokane Valley enables the construction of up to 43,900 square feet of space at a construction cost of $5 million, which would include the heavy equipment dealership and service center and handling related site improvements.

Amenities at the new dealership include a warehouse, modern showroom, and service capabilities.

The company supplies sales, rental, service, and aftermarket parts for Sweden-based Volvo construction equipment in Washington, Oregon, and northern Idaho, according to its website. It also offers equipment from other manufacturers, such as Iowa-based GOMACO Corp. and Texas-based TYMCO Inc.

The demand for industrial and commercial space likely has contributed to recent developments in the area, says Dean Stuart, vice president of Crown West Realty LLC, which owns the Spokane Business & Industrial Park.

Such high occupancy is more than the park sees normally, although the entire industrial market is tight due to the growing economy, Stuart asserts.

Much of the recently leased space at the park has been filled by existing tenants who are growing their businesses, he says.

In the past 24 months, Inland Empire Distribution Systems Inc., North 40 Outfitters, Pyrotek Inc., Walker’s Furniture Inc., and several other park tenants have expanded their spaces in the park, he says.

“The market vacancy is in the low single digits, so there’s demand for space in the market,” he says.

The park consists of 5 million square feet of building space and holds about 130 tenants which have a total of roughly 5,000 employees.