Golden Rule Brake shop to be built in Post Falls

New location scheduled to be operational in spring 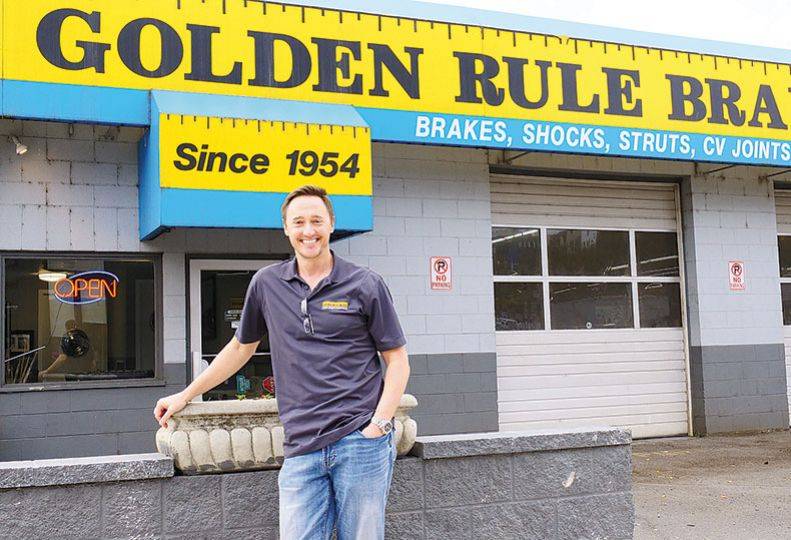 Evident 316 Inc., the Spokane-based vehicle-brakes service shop operator that does business as Golden Rule Brake, is expanding into Idaho.

Dallas Low, third-generation owner of Golden Rule, says construction will begin in December on a 5,000-square-foot shop at 3826 E. Seltice Way, in Post Falls, just south of the Interstate 90-state Route 41 interchange. The new shop, which will be the company’s fourth, is expected to be completed around May 2023.

Construction of the Post Falls location of Golden Rule Brake will cost about $1 million, Low says. The building will include seven bays with lifts, a small office space, and a point-of-sale area.

The contractor for the new brake shop is Greenacres-based Lexington Commercial Inc., and South Henry Studios LLC, also of Greenacres, is designing the building. Van Houten Consulting & Design LLC, of Coeur d’Alene, is providing civil engineering services for the project.

The company generates about $4 million in annual revenue, he says. Services include repair and replacement of brakes, shocks, struts, CV and ball joints, and alignments.

Low says he intends to expand with another couple of locations in the next decade or so. He envisions two Golden Rule Brake shops in North Idaho, and four in the Spokane area.

Prior to settling on the planned location in Post Falls, he’d been looking into expanding into Post Falls for about five years.

“With the population density over there, it makes a lot of sense for us to go that direction,” Low says. “We do a lot of radio advertising. Folks over there hear our radio spots, but we ask them to come all the way into Spokane. We have a lot of people who do that, but this is going to be so much better for them.”

The Post Falls location will start with about four employees, and Low hopes to add a couple of employees over the next few years.

Low says building a new shop was the only option available to him in Post Falls.

“It’s hard to find a shop that you can buy,” Low says. “I wanted to buy. I wanted to own the land. That’s important to me.”

“By the time he retired in 2013, we had three locations, and that’s when I bought (the company),” Low says.