Organization to step up efforts to meet ‘triple aim’ 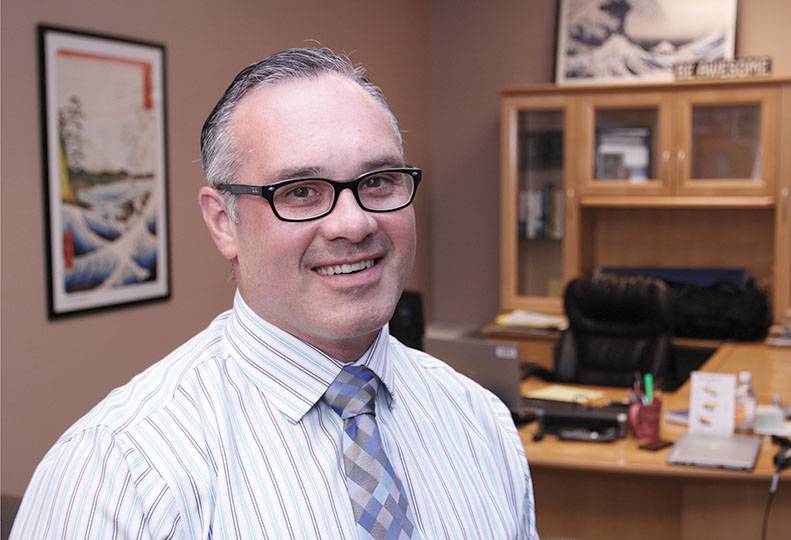 -—Linn Parish
Dr. Jeffrey Liles says one of CareUnity’s initiatives has involved developing standardized care for low back pain and reducing the number of unnecessary imaging procedures that physicians order.

Liles, an internal medicine physician who has worked at Providence for nine years, is the first employee of CareUnity, which was developed to address what’s known in the industry as the triple aim of health care: lowering cost, increasing patient satisfaction, and improving quality of care.

“I personally think that’s what you and I want when we go to the doctor,” Liles says.

CareUnity has functioned with administrators and employees of Providence and Group Health dedicating time to the organization as needed while continuing to handle their day-to-day tasks. Many of those people will continue to spend part of their time on CareUnity.

The organization doesn’t have its own offices, and Liles will continue to work out of his established office on the Providence Sacred Heart Medical Center campus. He says he will continue to see some patients, though he’ll spend the majority of his time on his administrative tasks.

While CareUnity will continue to rely heavily on the personnel from the founding organizations, it boasts an extensive reach. Between Providence, Group Health, and Columbia Medical Associates, a primary-care practice that Group Health owns, CareUnity contends it coordinates health care for nearly one in six Spokane residents. The combined organizations have more than 600 physicians and advanced practitioners.

Accountable-care organizations such as CareUnity are responsible for controlling costs for a large portion of the population. Under the Affordable Care Act, Medicare provides financial incentives for such organizations that can prove measurable improvements in care and cost reduction.

Such organizations are similar in function to the health-maintenance organizations, or HMOs, that became popular—and then fell out of favor—in the 1990s. The big difference, Liles says, is that the HMO model largely focused on controlling costs and didn’t address patient satisfaction or quality of care. He gives the example of someone who has back pain but is ruled out for surgery.

He says that in an HMO model, “We’d say, ‘Yes, you have back pain. No, you don’t need surgery. Good luck with that.’”

Low back pain is one area that CareUnity has tackled because of its ubiquity and its high cost within the health care system. Liles says the organization began working with primary-care physicians, orthopedists, and physical therapists on the best ways to diagnose lower back pain, specifically the appropriate use of imaging. Physicians routinely would order magnetic-resonance imaging for patients who suffer from lower-back pain, when such tests aren’t always necessary, Liles says.

Meeting for about a year, a group of health-care providers developed a standard of care for patients with low back pain who don’t require surgery, and then began collaborating with St. Luke’s Rehabilitation Institute to develop a new back-pain program based on that standard of care.

“We have everything we need to pilot that program in November,” Liles says.

To measure performance, many health care systems use standards known as the Healthcare Effectiveness Data and Information Set. Developed by the National Committee for Quality Assurance, HEDIS, as the measures are referred to commonly within the industry, cover more than 80 specific topics within health care, from adolescent immunization status to controlling high blood pressure.

After CareUnity spent a year working with physicians on low back pain, it improved its HEDIS measure on the judicious use of imaging to where it was in the top 25 percent of all health care systems. Previously, it had been in the bottom 25 percent in that category.

Another area in which CareUnity is working to drive down costs is in decreasing unnecessary emergency department usage. Some patients, Liles says, visit the emergency room with issues that could be addressed adequately—and at a lesser cost—by either a primary-care physician or in an urgent-care center.

This year, CareUnity statistics show that it has reduced nonemergency emergency-department visits by 13 percent compared with last year. It attributes that decrease to greater availability of urgent care.

To improve patient satisfaction, Liles says the organization’s biggest challenges are improving the transition from primary-care physician to specialist then back to the primary-care doctor—or in some cases, from physician to hospital to home. He contends the vast majority of patients are satisfied with the one-on-one interactions with physicians but become frustrated when trying to navigate the system.

He points out that some retailers, such as Walmart Stores Inc. and Rite Aid Corp., are starting to offer primary health care in other parts of the U.S.

“There are some who are going to go there for care, which is absolutely disastrous from a population health standpoint,” Liles asserts. “The future is, I think, we can do much better than the retail arena.”

Liles, 43, is in his ninth year at Providence and most recently has been its medical director of care management. He earned his medical degree from Rush Medical College, in Chicago.