Icons Larry Stanley: Beyond an empire of bolts and screws 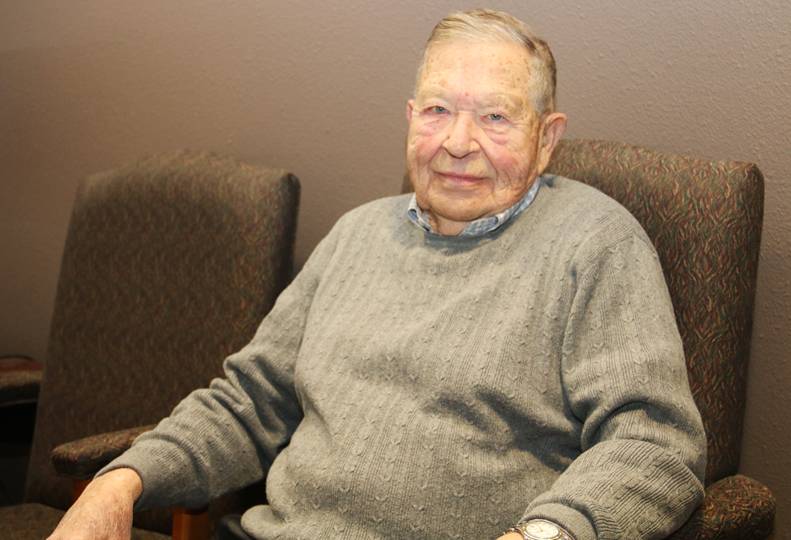 Honesty and going the extra mile are at the heart of everything he does, says Larry Stanley, founder of Spokane-based Empire Bolt & Screw Inc.

Stanley, who started the wholesale hardware company in 1972 says he discovered the value of a good work ethic when he was a child in Oakesdale, Wash., during the Great Depression.

“There was no such thing in the family as an allotment, so if you wanted anything extra, you worked for it,” Stanley says. His first, true business experience was mowing lawns and weeding gardens in his hometown, where he found that if he went the extra mile it was recognized and often rewarded.

It hasn’t always been easy, says Stanley, who mortgaged everything he had to start Empire, and says he feels fortunate to have had such success throughout his life.

“From the time we started Empire Bolt & Screw, it was one of those businesses that really grabbed a hold in a big way,” he says. “It certainly produced a profitability much earlier in the cycle than what you traditionally might see in a startup business.”

Stanley attributes much of his success to his wife, Beverly, with whom he will celebrate his 70th anniversary this year. He says she was a great partner in the business and a “rock-solid gal” when it came to starting the business and raising their three children.

Stanley had worked as president and general manager with Fasteners Inc. for 10 years before founding Empire after his partnership in Fasteners Inc. dissolved. He got his start in the hardware industry when he took a job straight out of high school at Spokane-based Jensen-Byrd Co., renamed to Jensen Distribution Services in 1995, before enlisting in the National Guard following World War II.

Stanley, who plays both clarinet and tenor saxophone, served in the 560th International Guard Band under Chief Warrant Officer Ben Halgramson, a professor of music at Eastern Washington University, and says he would go to campus once a month to practice. He says he served for four years in the National Guard and was on reserve during the Korean War.

Music has always been a major part of his life, Stanley says, as every member in his family growing up was a musician. Stanley is the youngest of five children, and his father, who passed away when Stanley was 16, was a barber in Oakesdale.

“My oldest brother gave me clarinet lessons because we couldn’t afford the real thing,” Stanley says. “He was pretty accomplished and diligent, and almost too strict. I moved toward jazz and he wanted me to stay on the printed stuff.”

Stanley still plays in a jazz and country western combination band every Friday morning for Spokane-based nonprofit Day Out for the Blind.

“It’s an interesting combination,” says Stanley. “But it’s fairly close to what I did as a start in dances down in the Palouse Country when I was a dozen years old … I not only enjoy the playing, but I enjoy the people.”

John Gaumer, building manager for Day Out for the Blind, says everyone with the organization loves Stanley, “him and his licorice stick,” as Gaumer affectionately calls Stanley’s clarinet.

Gaumer notes that Stanley has volunteered with the nonprofit since 2010 and says he often will stick around after the dances for the bingo games and socialize with the members.

“I’m a people-oriented guy,” says Stanley. “I’ve always tried to look at the qualities of people. I’m always analyzing, and most people really have a lot of fine qualities and almost everyone has a story.”

It’s the people, says Stanley, who were his favorite part of the hardware business, and its people that keep him involved in multiple committees and organizations.

Paul Viren, owner of financial planning firm Viren & Associates and the incoming Spokane Rotary Club 21 president, says he first met Stanley when working at Safway Supply Inc., which was renamed Edge Construction Supply in 2007. Viren says he’s known Stanley for about 35 years and considers Stanley one of the most professional and ethical people he’s ever met, as well as one of the most faithful. He says Stanley has been a member at Rotary for over 44 years and has had 43 years of perfect attendance.

Viren compares Stanley’s business attitude to that of the Santa Claus character in Miracle on 34th Street.

“Whenever I see that movie, I think of Larry Stanley, because he’s the kind of guy that wouldn’t even think twice about sending customers to where I was working at the time,” says Viren, who notes that despite being in competition with other hardware companies around the city, Stanley wanted what was best for people and didn’t shy away from sending them to someone else.

Stanley has served on several boards of directors, including with the U.S. Senate Small Business Advisory Committee; the National Board of Fastener Distributors; the Western Fastener Distributor Association; Washington Water Power Co., later renamed Avista Corp.; the Boy Scouts of America; and Junior Achievement. He also was inducted into the National Industrial Fastener & Mill Supply Expo Hall of Fame in 1991, which he says humbled him, and says getting recognized in that manner by his own industry was a great honor.

Stanley, who graduated from John L. Rogers High School in Spokane, says the only thing he regrets is that he would have loved to go to college, but laughed as he shared a conversation he had with the Rev. Bernard Coughlin while serving on the higher education committee for the Spokane area Chamber of Commerce in the late 1980s.

“I said to him ‘I have a confession ... I never was able to spend a single day in college and here I am chairing the higher education committee for the chamber,’ and he looked at me and said, ‘Larry, you really have gone to college … the college of hard-knocks.”

Stanley says that moment had a huge influence on his life. He realized then he never needed to make an apology for not attending college, because the education he received in the world taught him more than a university could have.

Honesty is key to his philosophy and advice to others.

“I’ve been convinced for many years that honesty sits at the top of the pinnacle, because if you’ll be honest with yourself and those you come in contact with, well first of all, you don’t have to remember what you said,” he says.

He says it was this philosophy that he imparted to his eldest son, Ron Stanley, who now owns Empire Bolt & Screw.

Stanley formally turned the business over to his son in the mid-’90s, and says, “Ron has made that business grow beautifully since he’s been in full command … I’ve been around long enough to recognize businesses where the old man doesn’t recognize that they’re more of a hindrance than a help, and it’s a shame when they don’t realize it’s time to move on.”