UW Medex space expected to be ready in building in summer 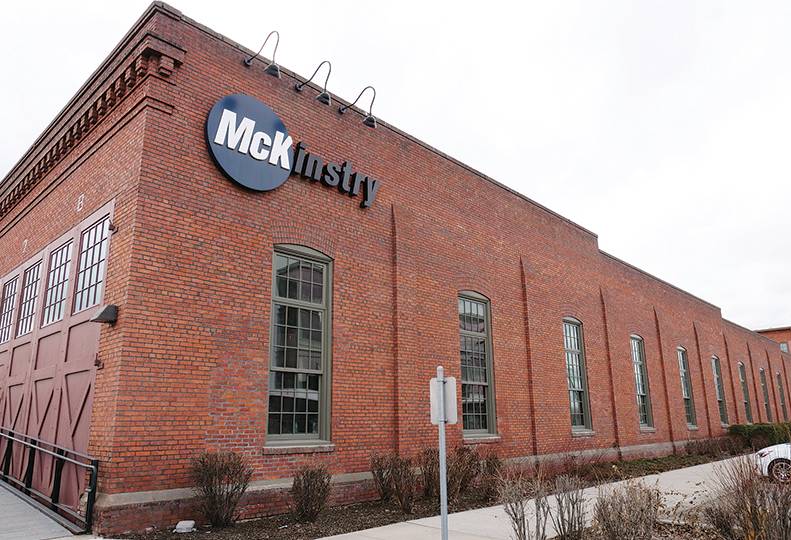 Farley says the project involves converting 8,200 square feet of office space into four teaching classrooms, office and administrative areas, a student lounge, and a conference room for the University of Washington’s Medex Northwest physician assistant program and its school of medicine.

According to permit documents on file with the city of Spokane, the project’s construction value is just over $1 million.

“It was originally constructed for kind of an industrial purpose and now we are repurposing it for commercial office, education, research, and laboratory use,” Farley says. “That space will be used to teach future physicians and physician assistants.”

The construction work started in early March and is scheduled to be completed in June. Classrooms will be open for use in July, which will follow closely the opening of the University of Washington School of Medicine-Gonzaga University Regional Health Partnership building, located directly north of the SIERR Building, Farley says.

Spokane-based Bouten Construction Co. is the contractor, and CollinsWoerman Co., of Seattle, is the project architect, which also is the same design team working on the health sciences building, Farley adds.

The SIERR Building was redeveloped into office and laboratory space about a decade ago and is now a multitenant building and home to the Spokane office of Seattle-based McKinstry Co., the primary tenant.

Emerald Initiative develops real estate and buildings with sustainable features and biophilic designs, Farley explains. Biophilic designs incorporate nature into the built environment for the benefit of a building’s occupants, such as natural light, ventilation, and landscape features.

The company is an independently owned and operated affiliate of McKinstry.

SIERR is an acronym for Spokane Inland Empire Railroad. The SIERR Building was first built 115 years ago and originally was used as a railcar repair and maintenance facility and fell into disrepair for a number of years, he adds.

“We’re super excited to be working with the University of Washington on this tenant improvement at the SIERR Building where we sure hope this space helps advance medical and health sciences, education and innovation, and ultimately helps provide cost  effective access to rural healthcare.”

*Spokane County recently has issued building permits for the construction of a mini-storage complex in the Moran Prairie neighborhood.

The project is called Palouse Self Storage phase two and is located at 5911 S. Ben Burr Road, in Spokane, on just over an acres of land owned by Ben Burr Development LLC, of Spokane. Spokane County permit documents show the architect is Seattle-based Jackson Main Architecture.

Sea Con LLC, a construction company headquartered in Issaquah, Washington, is the contractor for the project.

Conner Biggs, project engineer at Sea Con, says the storage complex is the second phase of development for the Extra Space Storage facility, located across the street, at 5904 S. Ben Burr Road.

The storage buildings will be constructed with light-gauge metal framing, concrete flooring, and a thermoplastic polyolefin roofing membrane. It will have 14 buildings ranging in size from 300 to 9,400 square feet with a total of 356 units, Biggs says.

The total construction value of the development is about $4 million, he says.

Work of the project originally was scheduled to start last April but was delayed due to labor shortages. Biggs says construction at the storage complex is now expected to begin by September and to wrap up by October 2023 at the latest.

*In Spokane Valley, the city’s public works department has issued commercial building permits for the construction of four apartment buildings in the initial phase of a complex to be called River Landing at Mirabeau.

The site is located at 13809 E. Carlisle, directly northeast of the Tru by Hilton Spokane Valley hotel and south of the Centennial Trail.

MMEC Architecture & Interiors LLC, of Spokane, is the project architect.

The construction value of the four permitted buildings is $2.8 million. Each three-story building will have six living units, for a total of 24 units.

Yost says he anticipates construction of the four buildings will be completed this fall. He says the entire complex will have a total of 13 buildings, seven of which will be three stories tall with six units in each. Six additional buildings each will be fourplex townhomes.