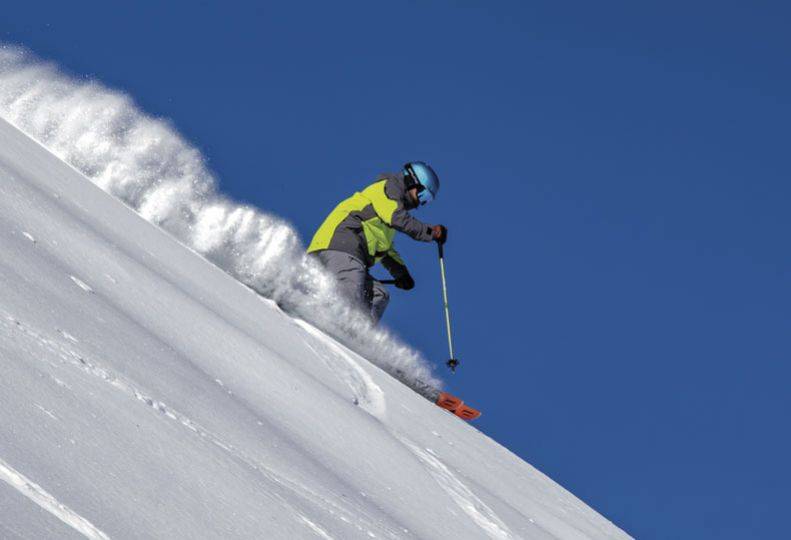 A mix of cold temperatures and early snowfall has regional ski resort operators looking forward to a busy season.

A La Niña winter forecast is raising expectations for colder and stormier than average conditions across the U.S. that also may help extend the season on the slopes.

Jodi Kayler, assistant general manager at Mt. Spokane, says in previous years the resort’s ski season has been delayed, however weather conditions this year gave resort operators a good opportunity to build up the snowpack at the base of the mountain and open on time.

“We think we’ll have a great mountain to ski all year,” she says.

Matt Sawyer, director of marketing for Lookout Pass, says, “The season outlook looks fabulous. We’re supposed to be getting quite a bit of snow this week and more snow throughout next week. All early season indicators look positive.”

Lookout Pass, on the Idaho-Montana border, hasn’t seen an increase in season pass sales compared to last year, but Sawyer says the resort has prepared for a busy and extended ski season.

He says Lookout Pass crews worked over the summer to add 14 new trails and 500 acres of new terrain that will be open by mid-December. Lookout now has a total of 1,023 acres of skiable land.

“This is probably the most intensive preseason we’ve had,” says Sawyer. “We’ve been undergoing expansion that doubles the size of the skiable terrain at the mountain.”

Lookout also has increased uphill capacity and vertical height with the addition of a second quad chairlift. The new lift is almost a mile long with a vertical drop of 1,650 feet, he says, which is the longest lift on the mountain.

“The length of the chairlift is usually indicative of the length the trails will be.”

Lookout Pass is located about 90 miles east of Spokane. Sawyer says the ski area is far enough away from its workforce to impact staffing levels, which are a bit lower than where he’d like them to be.

An early snowfall is expected to lead to an extended season at 49 Degrees North, which is located about 60 miles north of Spokane, says Rick Brown, director of ski and rider services.

The ski area opened Nov. 11—an early start for the mountain, which usually aims for a Thanksgiving weekend opening—with about 100 employees and three open chairlifts. Brown says the early opening helped build excitement for the ski season.

“People tend to take a bleak outlook if the ski season doesn’t begin until mid- or late December. The biggest trend with early openings is people getting excited and in the mindset of it being a good year for more days and opportunities to be out on the mountain.”

To prepare for 2022-23 operations, Brown says a significant amount of brush clearing was performed over the summer at the ski area and, “that’s allowed us to open so much terrain with the limited amount of snow we’ve received so far.”

He says the ski resort has invested about $10 million in equipment in the past two years, including a $7 million high-speed quad chairlift, now in its second season of operation, and $1 million invested in snow-making equipment for the mountain.

“If it’s snowing, it’s usually a positive thing for us,” says Brown. “Having snow-making (equipment) gives us an insurance policy that as long as we have the temperatures, we can make snow.”

Brown says making snow enables earlier openings and supports a stronger snow-packed base over the course of the ski season and allows for a potentially longer season.

Season pass sales were slightly boosted coming off the success of the last ski season and pass sales are currently above last year’s sales totals, he says.

At Schweitzer, near Sandpoint, Idaho, season pass sales are on the rise, and visitors can expect to enjoy new lodgings and spa experiences on the mountain this year, says marketing and communications manager Taylor Prather.

The resort joined the Ikon Pass network of ski and snowboard resorts last season and saw a boost in season pass sales for this year as a result.

“We had a strong turnout for season pass sales this year,” Prather says. “There’s just a different level of demand when it comes to Ikon passholders … with Schweitzer being a part of that pass now, (skiers) have an opportunity to come check out the mountain that they maybe wouldn’t have before.”

Schweitzer’s recent capital improvement projects include a 31-room hotel that opened in February, called the Humbird.

“It’s a pretty big deal because we want to be able to offer every type of lodging amenity available for our guests,” Prather says. “In conjunction with that project, we’re opening a new spa called Cambium. It offers everything from compression sleeves for your legs to aid recovery, to percussion massagers that help get legs warmed up, to standard signature treatments, like massages and reflexology.”

Cambium is anticipated to open around the Christmas holiday, she adds.

An employee housing development also is underway to add 84 apartment-style units in Ponderay, Idaho. She says that complex will be open in the spring.

“There’s a lack of affordable housing, and for larger employers, it’s hard to secure and retain talent, and this is one of those projects that we’re really proud to bring to the community to attract workers for Schweitzer,” Prather says.

Schweitzer has acquired four snow-making machines that, in addition to early snowfall, contributed to an early opening weekend on Nov. 19, she says.

Snowfall on the mountain reaches 300 inches on average.

“Schweitzer is really known for its steep, groomed trails,” Prather says. “We have a two-lane tubing run called Hermit Hollow that we also started a little bit early.”

Gus Colburn, marketing manager at Silver Mountain Resort, says business will likely continue last season’s success due to an early opening date and a predicted late closing to the season.

Colburn says the resort had the earliest opening date in years.

The resort opened for weekend operations the Friday after Thanksgiving, which is a typical start date.

“We always try to open the same weekend as Thanksgiving, but this is the earliest we’ve been able to open for skiing since 2016. We got some really good early season snow,” says Colburn.

A new ski run expands terrain by 20 acres. It’s called S.O.B., which stands for South of the Border. A new food and beverage venue, dubbed the Jackass Snack Shack, also has been added. The venue, which is at a remote part of the mountain, near Chair 4, serves hot dogs, snacks, and drinks and includes a restroom.

Silver Mountain had six runs available on opening day out of 82 total runs. Five inches of snowfall allowed for 20 runs to open on Saturday.

“All of our snow is 100% natural, so we do rely on Mother Nature, but we do have ways to make sure the runs are covered. It’s called snow farming where we move snow from one area that we don’t ski to areas that we do ski.”

Silver Mountain also uses snow fences that catch snow blown by the wind for removal to an area that needs more snow, he says.

Average annual snow on the mountain is 340 inches, he adds.

The resort opened with 400 employees on hand to operate the ski area, water park, and the hotel, says Colburn. Peak employment will reach 450 around the Christmas holiday.

Silver Mountain is located near Kellogg, Idaho, about 70 miles east of Spokane.

While an early opening date wasn’t possible at Mt. Spokane, Kayler says she expects the season opening, scheduled for Dec. 3, to be busy with additional snow from a storm boosting the snowpack this weekend.

She says Mt. Spokane had delayed openings the last few seasons due to weather conditions, but this year’s opening is scheduled a bit earlier.

“It’s a big storm expected all weekend, so we should be opening to powder and great conditions. We’ll still have some limited runs, the entire mountain won’t be open, but we’re opening three quarters of the mountain,” says Kayler.

Kayler says the ski area has 20 year-round employees and over 300 seasonal employees join for the ski season, along with 150 volunteers.

She says Mt. Spokane benefited from the pandemic as individuals turned to the ski resort for outdoor recreation opportunities.

“COVID really brought out everyone and instilled a new excitement for outdoor recreation,” Kayler says. “We’ve seen a growth in new families and new skiers at our ski school and we’re seeing no decline this year.”

She says, after the management change at Mt. Spokane two years ago, the resort has undergone significant improvements including a $1 million lift renovation, lodge improvements in the food and beverage area, and outdoor entertainment spaces, as well as run maintenance.

“The mountain is really in good shape for skiing now.”