New hotel to give casino resort total of 440 guest rooms 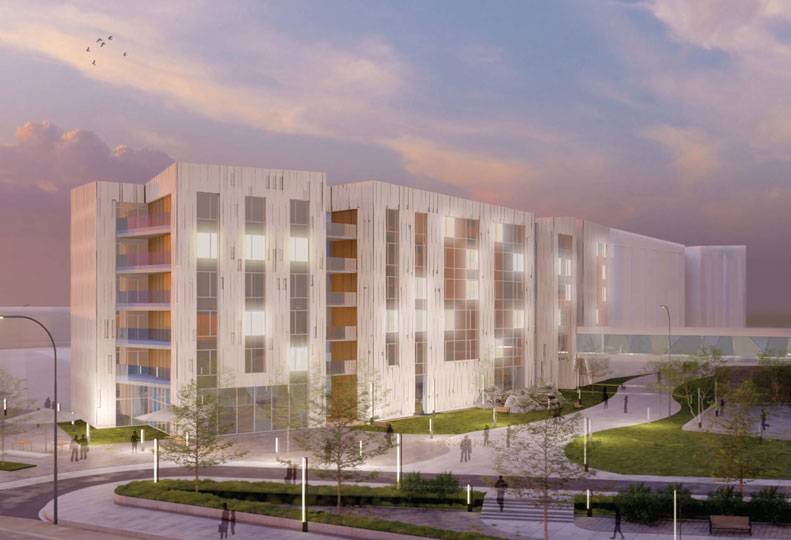 -Integrus Architecture PS
The Kalispel Tribe plans to start work on its new hotel building next March and complete it in early 2023.

The Kalispel Tribe plans to expand its Northern Quest Resort & Casino, in Airway Heights, with a new hotel building.

The tribe expects to break ground on the new project in March and complete it in early 2023.

“While 2020 has been a difficult year for the hospitality industry, we continue to weather the storm and look toward the future,” says Northern Quest General Manager Nick Pierre in a press release announcing the project. “For the past several years, we’ve been running at consistently high occupancy in our hotel. And while meetings and events business has taken a big hit in the past eight months, we are confident things will bounce back in the coming months and years, returning us to the kind of demand we were seeing in 2019 and early 2020."

The hotel expansion will be just west of the current hotel and will bring the overall capacity to more than 440 guest rooms. The project will include five connected buildings inspired by the concept of a Native American fish weir.

The new guest rooms are expected to be similar in style to the current Northern Quest hotel rooms, and a skywalk will connect the northwest side of the current hotel to the new addition, according to the announcement.

The expansion project is expected to result in more than 150 permanent new jobs at Northern Quest.

The design-build team for the project will consist of Lydig Construction Inc., of Spokane Valley; Integrus Architecture PS, of Spokane; and Ankrom Moisan Associated Architects Inc., of Seattle. Engineering partners on the team include MW Consulting Engineers PS, of Spokane; and the Spokane offices of Coffman Engineers Inc. and Parametrix Inc. The Society, a Portland, Oregon-based hospitality interior design company, also is involved.

The Kalispell Tribe opened Northern Quest Casino in 2000 and broke ground on the original Northern Quest hotel in 2008. While the announcement doesn’t disclose the value of planned hotel expansion, the cost of the original 250-room hotel and casino expansion was estimated to exceed $200 million. At the time, Kent Caputo, then-chief operating officer for the Kalispel Tribal Economic Development Authority, told the Journal the total costs of expanding the casino ultimately could top $500 million.

Recent projects there include a nearly $20 million, 55,000-square foot expansion on the south side of the casino, and a $7 million recreational vehicle park south of the casino.

The tribe's master plan includes the potential addition of a more than 30,000-square-foot conference center, the announcement says.

Pierre says of the upcoming expansion, "Back in March, the COVID-19 global pandemic forced us to delay our announcement of this project, but as we close out 2020, we are excited to move forward."