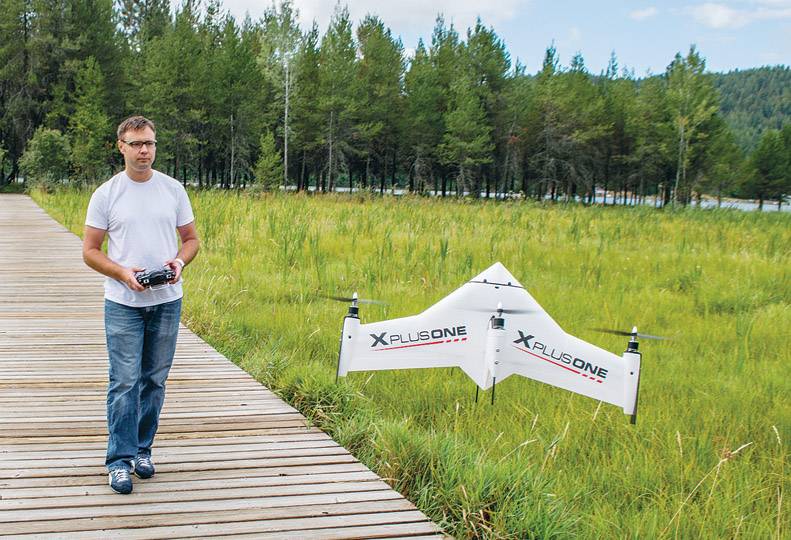 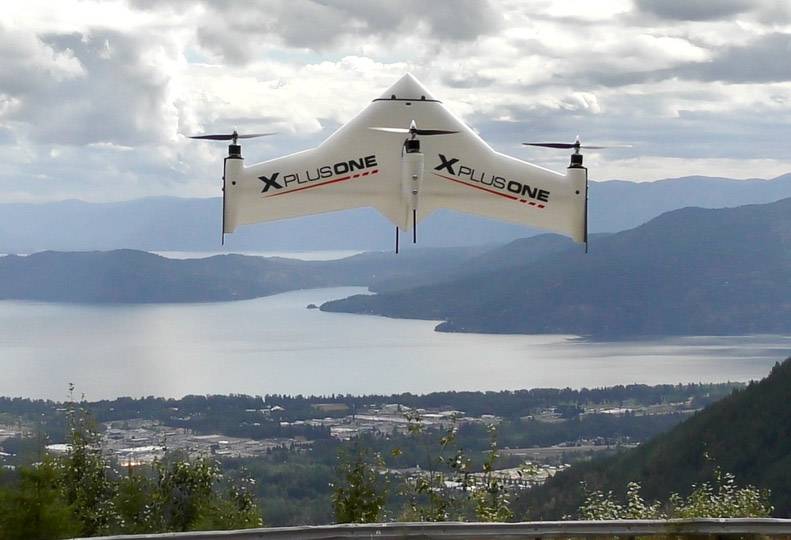 Efforts are underway to lift the status of Kootenai County as a national hub for drone technology.

Brad Ward, president of Hayden-based Empire Unmanned LLC, contends the Hayden, Coeur d’Alene, Post Falls, and Rathdrum area has a collaborative edge over many other communities because of its head start here with a handful of companies and educational opportunities in unmanned vehicle technology.

Empire Unmanned, a division of Empire Airlines, is the first company authorized by the Federal Aviation Administration to use unmanned aerial vehicles for commercial agriculture.

The company uses drone technology to help boost crop yields by enabling farmers to monitor and respond to plant conditions in all stages of the growing cycle, Ward says.

Empire Unmanned has 14 employees. It also has grown to six operating locations, having started with just three, Ward says.

“We started in Hayden, Boise, and Idaho Falls,” he says. “Now we’ve added Colorado, the Four Corners area of California, and New Mexico—and we’re looking to Fresno, Calif., as well.”

The company recently bought out partner Advanced Aviation Solutions LLC, of Star, Idaho, and now is handling flight operations as well as all marketing and other aspects of the business.

Empire Unmanned also flies research missions for the University of Idaho. “There are quite a few researchers doing agricultural studies,” he says.

Ward also is an instructor for some North Idaho College courses on unmanned aircraft systems. Marie Price, NIC’s Post Falls-based workforce development director, says the courses teach the application side of control systems and sensors, and how drones can perform in a variety of tasks from site inspections to search-and-rescue operations.

Price says NIC can partner with Empire Unmanned and take advantage of its FAA commercial authorization.

“We’re leading the way because we’re working with a company that has FAA’s blessing,” Price says. “FAA’s regulations are fairly rigorous and fairly new. They are being slowly rolled out, and regulations for education are still in flux.”

While he says xCraft had the support of the Sandpoint community, it was difficult to recruit employees to Sandpoint. “The town is pretty far out there,” he says.

“There’s a lot going on with various types of companies just getting going,” he says. “Coeur d’Alene has a lot of contacts for hiring, office space, financing, and everything else you need for a small and growing business.”

Claridge says xCraft occupies 3,000 square feet of space in Coeur d’Alene, which is more than twice the space it had in Sandpoint.

“In Coeur d’Alene, we found a great space for a great price, right on Sherman Avenue,” he says.

The company has nine full-time employees and three interns.

“We still have open positions for engineering, flight testing, and customer service,” he says.

XCraft’s products currently appeal to the recreational market, which is only a portion of its potential customer base, Claridge asserts.

“It’s cool to fly fast and take videos over a speedboat or as you ski, but where it sings is in the commercial arena.”

The xCraft hybrid X PlusOne, for example, is capable of comparatively long flight times at high speeds. It takes off like a helicopter then pivots and flies with fixed wings. Because of its hybrid capabilities, the X PlusOne doesn’t require a runway, launch mechanism, or large area to take off and land.

The company also produces the Phone Drone, which is a rotary-wing device controlled through the operator’s smartphone.

Both drone types have mission-planning software that could be used for aerial mapping, precision agriculture, or other commercial applications.

Mapping software, for example, can stitch images together and use GPS data to create 3-D models of terrain.

The company is less than two years old, and it has positive cash flow. “It’s pretty unusual to go from zero revenue to profitable in that amount of time,” he says.

Claridge says he’s confident a lot more growth is in store for xCraft.

“We excel in innovation around the vehicle,” he claims. “We’re working on improvements to existing products as well as completely new products.”

The guidance system can operate farming equipment autonomously, while the farmer controls it remotely from a computer or other device.

The company boasts the guidance systems can free farmer-operators from the limitations of a single piece of equipment, enabling them to be more productive.

“We absolutely fully believe that this region is the ideal location for the growth of this new technology,” Koch says. “We’ve been very welcomed by the state and business agencies to help us grow our business in the region.”

Because the Inland Northwest also is an agricultural center, it makes even more sense to develop farming technology here, where it can be tested, she says.

John Bruce, Farb vice president says, just as Farb strives to be the leader in unmanned vehicle applications in regard to farming equipment, “There appears to be a lot of enthusiasm about this area becoming a national leader in autonomous technology.”

The group, Future Frontiers, received $65,000 in grants and awards to create economic development plans surrounding drone technology as part of a national competition sponsored in part by Frontier Communications.

Though the group didn’t win the $3 million grand prize, Boyer says it can still use its economic development plan written by University of Idaho Associate Vice President Charles Buck.

“Some companies have seen our efforts in the community. One is now in Post Falls,” he says, referring to Farb Guidance Systems.

Building and maintaining strong science, technology, engineering, and math (STEM) programs in North Idaho schools will be a big part of holding an edge developing autonomous vehicle technologies, he says.

In terms of jobs and dollars, the technology could add up to “rather large numbers,” Boyer says. “According to the FAA, within 10 years, autonomously piloted vehicles will be a $10 billion industry.”