Landlord-tenant issues held at bay for now in Spokane 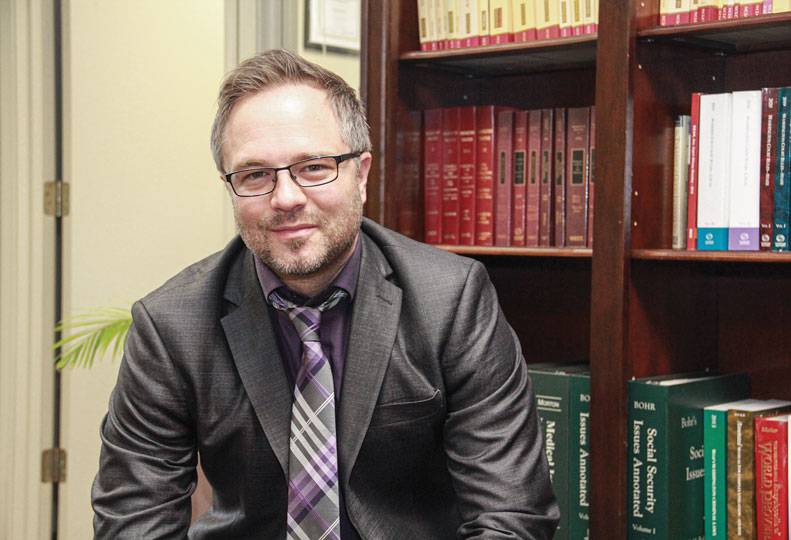 Lawmakers have enacted extensive tenant protections since the start of the pandemic that lawyers here say will likely blunt a flood of evictions once the eviction moratorium, which was extended this month, ends.

Gov. Jay Inslee extended the eviction moratorium for the fifth time on March 18, on the anniversary of its first issuance in March 2020. The moratorium now is set to expire June 30, 2021.

Eric Steven, of Steven Law Office, in Spokane, says, “I don’t think the moratorium is going to end any time soon.”

Even when the moratorium expires, it’s unlikely Spokane County and the state as a whole will see a flood of evictions, Steven contends.

“The governor’s proclamation has some safeguards that are going to continue after the moratorium ends,” he says. Such safeguards include a provision that requires landlords to establish a reasonable repayment agreement for a tenant to catch up on any unpaid rent since Feb. 29, 2020.

“It’ll be a significant hurdle for landlords to try to evict, even after eviction moratoriums expire,” he says. “It’s so slanted toward the tenant right now.”

Beyond the repayment plan proclamation, Spokane County is among six counties participating in the Eviction Resolution Program, says Steven. The program requires landlords and tenants to attend a mandatory mediation process before any eviction actions can be taken.

Before the eviction process can begin, the landlord must prove that the landlord and tenant engaged in a repayment plan that the tenant either refused or breached. The landlord also must present the courts with a certificate of Eviction Resolution Program compliance.

“I think it’s creating a very dangerous environment,” he says. “(Landlords) need to be able to remove tenants that don’t pay the rent and aren’t meeting financial obligations.”

“The protections for tenants are unfortunately insulating a lot of bad actors from being removed from properties,” he contends.

Several funds have been established by state and federal governments to assist renters and landlords. In February, Inslee signed a $2.2 billion relief package that included $365 million in rental and utility assistance. In addition, Congress also passed a $1.9 trillion COVID-19 relief package that will send $1,400 checks to individuals across the country and provide unemployment aid.

Inslee also announced that about $504 million in state and federal funds have been set aside for housing assistance, with hundreds of millions still to come from the recent relief package.

Steve Corker, president of the Landlord Association of the Inland Northwest, says missed rental payments for market-rate apartments are running at about 2% of tenants, while in low-income housing, which represents about 7,200 units in Spokane, about 20% of tenants have overdue rent. He adds that even with the rental assistance available, between 2,000 and 3,000 households are expected to be impacted when the eviction moratorium ends.

The association recently ran a survey of its members to determine the burden on tenants and landlords, Corker says. Those tenants who are behind on rent owe an average of $4,000, preliminary analysis shows.

Corker notes that low-income housing is also being hit hard, with a large number of landlords selling those homes because they don’t have access to loans or the capital that larger apartment owners do.

“They’re selling (low-income) properties at an alarming scale,” he says, adding “The impact COVID is going to have on low-income housing is going to be devastating.”

According to the most recent weekly survey of U.S. households by the Census Bureau, more than 200,000 renters in the state reported not being caught up on rent, while 210,000 had “no confidence” in their ability to pay next month’s rent. The survey also notes an estimated 400,000 households are relying on short-term debit, credit cards, and payday loans to cover daily living expenses, including rent.

The survey also found that nearly 47,000 Washingtonians reported they felt it was very or somewhat likely that they would be evicted within the next two months.

Communities of color have been disproportionately rent-burdened, the data shows, particularly the state’s Hispanic population, which is 16% of the total state population, but 27% of those who reported falling behind on rent payments.

Shayne Sutherland, managing partner of Cameron Sutherland PLLC, says a suite of bills currently is being proposed in the Legislature that would freeze rent hikes, guarantee counsel for evicted tenants, and bar rent debt from making it harder for renters to buy or rent a home in the future.

The proposed legislation also includes a “just cause” provision, requiring landlords to have a justifiable reason to evict a tenant.

“I think it’s necessary,” Sutherland says. “The West Side already has some of these protections in place in Seattle, but we don’t really have them here in Spokane.”

Sutherland, who represents tenants, believes there will be a substantial increase in tenant evictions once the moratorium ends, given the current number of Washingtonians who are behind on their rent.

“Thankfully, we got a few more of those protections in place prior to COVID even,” he says.  “But that being said, I think the mill will return.”

He adds, “And I understand, too. It’s tough on the landlord’s side to have their own bills to pay and not have the income from tenants.”

The legislative bills should serve as a deterrent for landlords that haven’t done their due diligence and provide more protections that will allow tenants to recoup damages that they wouldn’t have been able to before, he contends.

Lawyers who represent tenants are in the minority of landlord-tenant lawyers in the region because such proceedings are expensive for financially disadvantaged tenants, making it hard for a tenant advocate to earn a living, Sutherland asserts.

“I don’t know if we are prepared for what’s going to come on the horizon,” he says.

However, landlord attorney Steven Schneider, of Steven Schneider Attorney at Law PS, in Spokane, concurs with Steven, adding that even when the moratorium ends, laws are being considered at the state and local levels to temper evictions.

Schneider adds that with the last extension of the moratorium, Inslee urged the Legislature to work on updating state eviction laws.

While the governor’s moratorium doesn’t allow for evictions based on missed payments, it does allow evictions if the property owner intends to sell the property or if the owner wishes to occupy the property, says Schneider.

Additionally, landlords could evict if they could prove imminent risk of harm to a person’s property or health.

Before the pandemic hit, the firm had seen between 10 and 20 evictions a day, says Schneider. Since the moratorium was enacted, that has dropped to two to three cases a day.

Schneider, who is a member of a city committee examining proposals to add to the state eviction laws, says the city is looking at establishing its own “just cause” law, which would prohibit a landlord from evicting a tenant without a justifiable reason.

Schneider adds that the city first began examining a “just cause” law a year ago, but it was put on hold. The committee has picked that issue back up, but it’s unlikely anything will be passed this month, he adds.

He also says the Centers for Disease Control and Prevention has issued its own eviction moratorium, prohibiting landlords from evicting a tenant because they haven’t paid rent due to coronavirus-related circumstances. That moratorium is set to expire March 31.