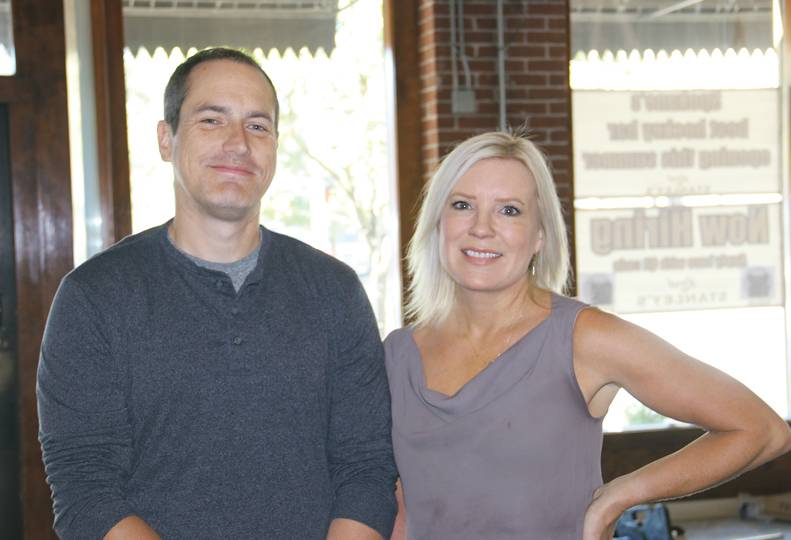 Lord Stanley’s 2,400-square-foot, ground-level space in the Legion Building, at 108 N. Washington, is currently being remodeled.

The location most recently served as home to The Unforgiven Lounge, which closed in late 2019. Prior to that, it was occupied by Jaazz Salon before that business relocated to another spot in the city’s core.

“It will be unrecognizable to anyone who ever was in The Unforgiven,” Rosentrater says of Lord Stanley’s.

The restaurant takes its name from Lord Stanley of Preston, an avid hockey fan who served as Governor General of Canada in the late 1800s and for whom the National Hockey League championship trophy is named.

With seating for about 100 people and at least a dozen at the bar, Lord Stanley’s wants to capitalize on the arrival of the National Hockey League’s Seattle Kraken, which begins its inaugural season in October and is scheduled to play its first preseason game ever in Spokane on Sept. 26.

Instead of traditional burger menu items, Lord Stanley’s will feature an array of cold and hot sandwiches and a variety of poutine dishes. Poutine, which entails a plate of fries and cheese curds slathered in brown gravy, is largely assigned to having emerged in Quebec, Canada, in the late 1950s.

The bar and restaurant will have 10 70-inch TVs, a half-dozen 65-inch screens, and a mammoth 165-inch high-definition projector screen. The owners’ goal is to air every NHL contest for the 2021-22 season, but they also will have other sports available for viewing. Koester says they expect to hire 15 people to get the restaurant up and running.

Rosentrater, a practicing attorney of 16 years, has operated her practice in a third-floor suite of the Legion Building for 12 years. About a year ago, while watching a hockey game with Koester at a nearby bar, the two wondered aloud what business would next occupy what is now Lord Stanley’s space.

“He said, ‘We need a hockey bar in this town,’ and that’s basically how we got started,” she says.

Rosentrater thinks sports bars today have forgotten about their core audience and spend too much time trying to appeal to mass audiences.

“I like to watch sports with the sound of the game on... not with music playing,” she says.