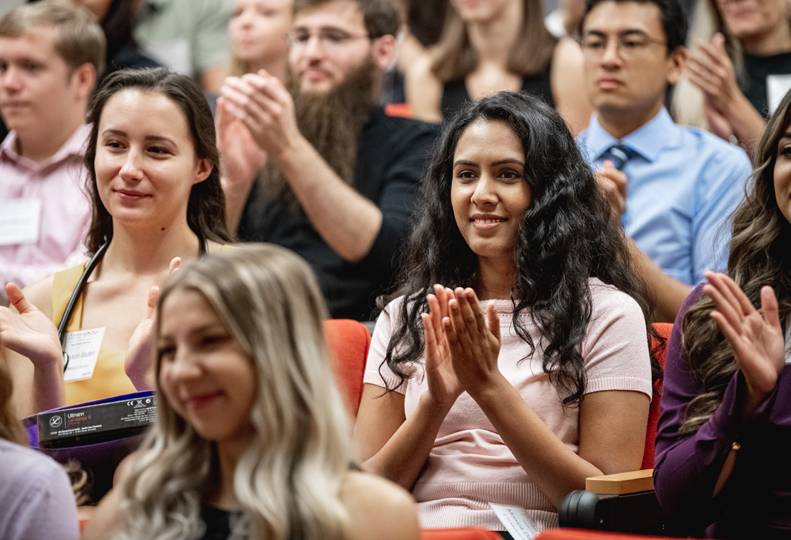 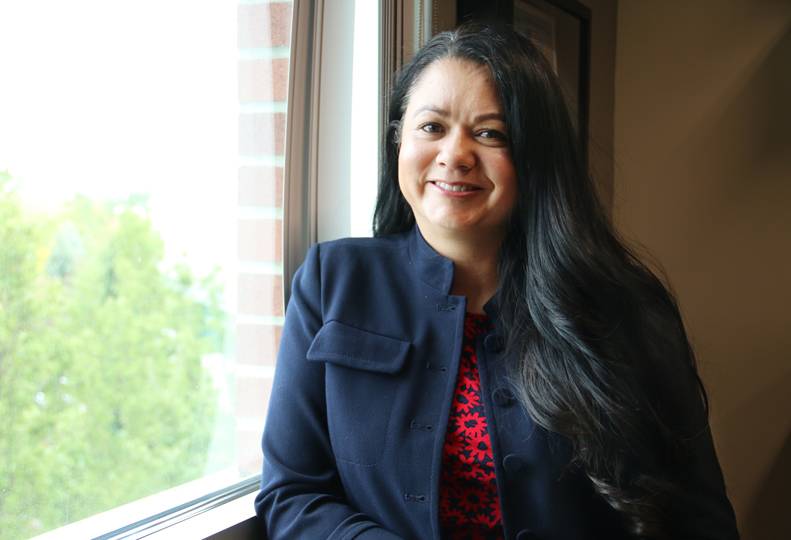 -Natasha Nellis
Leila Harrison, a dean at Washington State University’s medical school, says it has brought in more women than men as students during its first three years in existence.

For the first time in the nation’s history, the enrollment of women in medical degrees has surpassed male enrollment, a trend that Spokane-area medical schools say has found its way into their halls.

And what’s more, they report that a growing number of those students are parents.

At the Washington State University Elson S. Floyd College of Medicine, Leila Harrison, interim senior associate dean for student affairs, admissions, and recruitment, says of the three classes the school has enrolled since opening, all have consistently had more female students than male.

Harrison says the new class is 54% women, while last year’s first-year class was at about 60%.

She adds that gender isn’t a factor in the admissions decision process but speculates that the interview process itself may contribute to the trend.

Students applying to the medical school will go through what is called “multiple mini-interviews,” in which each potential student will have seven short interviews and one longer interview in a day, she says. Harrison says that while research supports the interview technique, studies also have found that women tend to perform better than men in these kinds of interviews.

“If that’s the kind of interview that we’re doing, it’s possible that for whatever reason, women are performing better,” she says. “So, that’s a possible explanation.”

“We’re really part of a national trend of increasing numbers of women in medicine,” he says. “And that’s a great thing. They’ve been underrepresented to date.”

Potyk attributes that growth to the emphasis that schools and governments have placed on STEM outreach to students and the legwork universities have put into recruiting more students to the field.

“We’re getting more and more people interested in medicine, and that’s resulting in a greater number of women applying to medical school and really turning the tides on what has been for many years a male-dominated profession,” he says.

He adds, “We recognize the challenges of women in medicine, and up until recently, it has been an uphill battle. We’re really trying to change that culture to one of supporting our female medical students.”

Potyk says the school has several female faculty members that the students look to for support and guidance, and the school puts on a medical interest group where students can come and speak to women in medicine.

He says that over 50 medical students came to the event this year.

The Association of American Medical Colleges also found that a growing number of students in medical school are parents, though on a much smaller scale. Only 2.8% of students in 2018 reported having dependents.

Dr. Leah Kobes, a former UW student who just completed her residency at the Spokane family medicine residency program and is starting to practice in Deer Park, says she married her husband in her second year of med school and had a child during her fourth.

She says her biggest challenges having a child while starting her residency were constantly feeling divided in her time and always being tired.

However, Kobes says she isn’t sure if having a child made medical school harder.

“I have nothing to compare it to,” she says. “It presents its own sort of challenges.”

She adds that she believes having a child made her more focused on the work while she was there, but then when the day was done, she focused on going home and being a mom.

“I noticed a lot of my coworkers who were not parents would kind of dilly dally,” she says. “I think (having a kid) makes you want to work harder and go home faster.”

Kobes says she’s not sure why more parents are entering medical school but says “I think it’s possible to do both.”

Kobes, who practices family medicine, adds that having a kid affected her specialization choice, but ultimately, she says it was worth it to be able to be home to read her son bedtime stories.

“I don’t like to call it sacrifices; it’s more priority rearrangement,” she says. “As a parent, you have to go through that kind of thing.”

Both the UW and WSU medical schools say the admissions process focuses on a more holistic overview of potential students and looks beyond test scores and transcripts to determine whether a student is a good fit, which they say lends itself to a high number of parents in the student body.

Potyk says the new class has three mothers, who combined have seven children.

Both attribute this trend to an admissions process that takes personal life experience into account, which leads to more nontraditional students being accepted.

Harrison says the current WSU school of medicine student body is about 50% nontraditional, which she defines as students who are 25 years or older.

She adds that age is not a factor in the admissions process.