Man Shop to build corporate headquarters on Spokane’s North Side 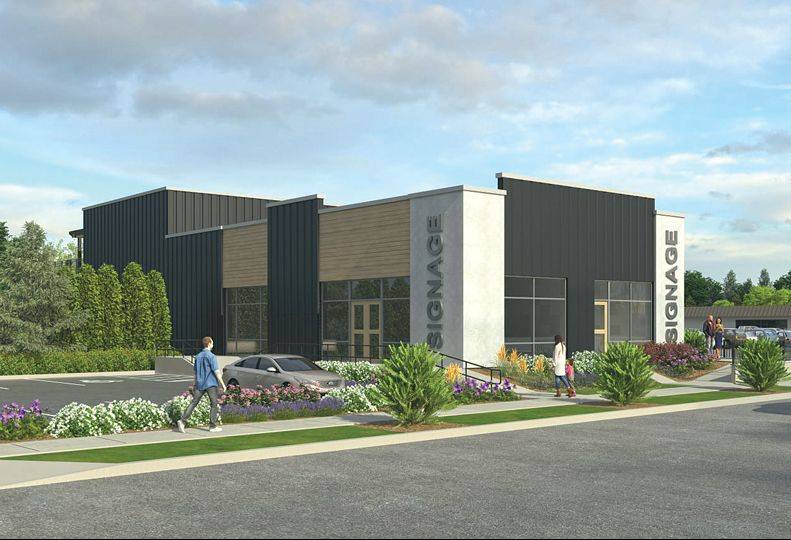 -UR STUDIO
This planned 5,000-square-foot building is to be built at 801 W. Francis, on Spokane’s North Side. Roughly half the structure will house The Man Shop parent company’s corporate headquarters.

Blue-Chip Alliance LLC, which operates The Man Shop barbershops in the Spokane area, plans to construct its own corporate headquarters building, with capacity for additional retail tenants.

The company, owned by Michael Howe and Joel and Summer Lobb, acquired a vacant, quarter-acre parcel at 801 W. Francis about two years ago for $170,000, according to Spokane County Assessor’s Office records. The property is a block east of the Francis Avenue-Monroe Street intersection, across Francis from the Town & Country Shopping Center.

At that site, the owners plan to construct a 5,000-square-foot building, with half the space dedicated to the company’s headquarters. The building is slated to be completed next June or July, Howe says.

The Man Shop and its corporate team of five people have occupied an office suite at 624 W. Hastings, near Mead High School, for the past two years. Company headquarters were located at 25 W. Nora for eight years, until the Spokane Housing Authority acquired the building, Howe says.

“We were looking for the right space and finally found it,” he says.

Upon purchasing the initial parcel, the company made offers to acquire the residences and property of three next-door neighbors. While all three initially declined, one property owner reconsidered and agreed to sell last year.

“That additional frontage space gives us the ability to have 22 parking spaces,” says Howe.

The building will bring a modern design flair to an area that hasn’t seen new construction in several years, he says.

Spokane-based Russell C. Page Architects PS is the building’s architect, however, the project’s exterior largely is a creation of Shaleesa Mize, of Pacific Design Group of Washington PS, in Spokane, Howe says.

Spokane-based Finley Construction Inc. is the general contractor, and Thomas, Dean & Hoskins Engineering Inc. is the civil engineer for the project. TD&H is based in Great Falls, Montana, and has a Spokane office.

The Man Shop debuted its first location in 2004. The planned opening of its Airway Heights shop late in the first quarter of 2021 will give the company 11 stores in the Pacific Northwest.