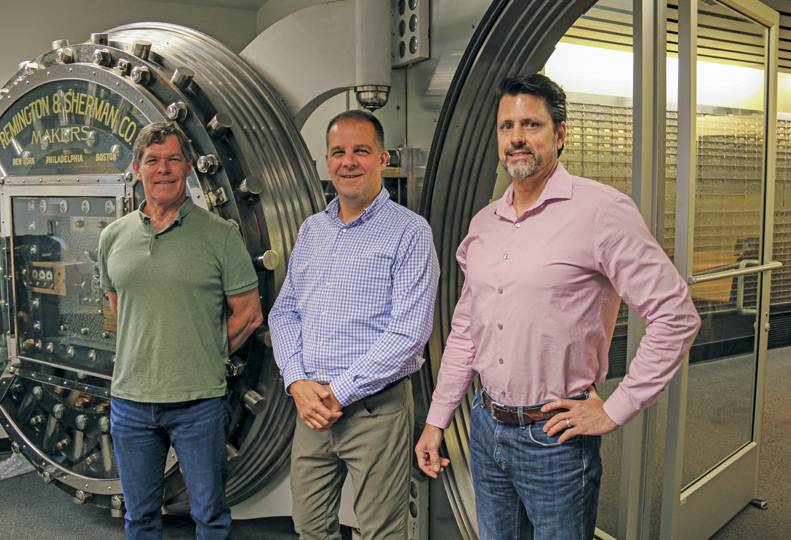 -Kevin Blocker
From left, Tom Douthitt, Buck Somes, and Richard Van Bibber of GenPrime Inc. predict the company could grow tenfold in the next half-decade.

Now, between the pandemic and an explosion of telemedicine use in 2020, company executives say they believe the company is on the verge of unprecedented growth.

“What we’ve developed is a way to make those tests more reliable by getting a digital reading of the results as opposed to a subjective interpretation by eye,” says company CEO Buck Somes.

Somes also says GenPrime is involved in other soon-to-be developed products, which he declines to discuss further.

Company executives decline to disclose company revenues; however, Richard Van Bibber GenPrime chief technology officer claims, “Ten times growth over the next five years is not out of the question.”

Founded in 1997 on the Eastern Washington University campus, the company developed technology that was used in counting live bacteria and yeast-testing technology in the biofuel and brewing industries, then later developed rapid-detection devices for substances posing a biological threat, and in 2014 launched technologies with the capability to detect drug use.

As for the recently developed digital reader and mobile applications, Somes says the results can be inserted into digital format and entered directly into electronic medical records.

He feels the company is positioned well to introduce technologies that can serve the medical records market.

Tom Douthitt, GenPrime’s chief commercial officer, says the company is banking on the projection that consumer use of telehealth only will grow in the future.

“Sometimes that can be a blip and then a return to normal,” Douthitt says of the public’s concerns about visiting medical offices and hospitals during the height of the pandemic.

What that has created for medical test manufacturers—GenPrime’s customer base—is a market for products that need to be designed in a simpler fashion for the general public.

“The importance of accuracy in reading those results has suddenly skyrocketed,” he says. “A lot of internal resources and our growth is going to be zeroed in on addressing those emerging market needs.”

“They’re digitizing samples for analysis of lab tests while we’re reading samples for lateral assay tests,” Douthitt says. "We have a great relationship with Dan.”

GenPrime’s digital reading technology was designed to capture more accurately the results of lateral flow assay tests, or rapid tests that detect target substances in liquid samples, such as a pregnancy test.

The company’s recently developed image-analysis software now can analyze tests more effectively with an image from a mobile device, he says.

“It takes human error out of both those steps. It makes the test much more reliable,” Douthitt says.

GenPrime is ready to make this anticipated leap with the goal of continuing to remain a very lean operation, Somes says.

“All of our business is business-to-business. We aren’t developing large sales teams because we’re not going direct to customer,” Somes says. “Our customers are the businesses that already build the tests.”

The basement also features a former bank vault that company officials have converted into a conference room.

GenPrime currently has 11 employees, most of whom work within the 8,000-square-foot office space. Douthitt and Van Bibber are based in Western Washington but work in Spokane every other week.

GenPrime also works with about a dozen other consultants in the design, mechanical, and software engineering fields to develop its products, Douthitt says.

The company’s products are in use in about 5,000 locations around the world, Somes says.

GenPrime’s diverse customer base also has included breweries, ethanol production facilities, fire and police departments, hospitals, laboratories, and municipalities, Somes says. The U.S. Postal Service has been a customer since the early 2000s.