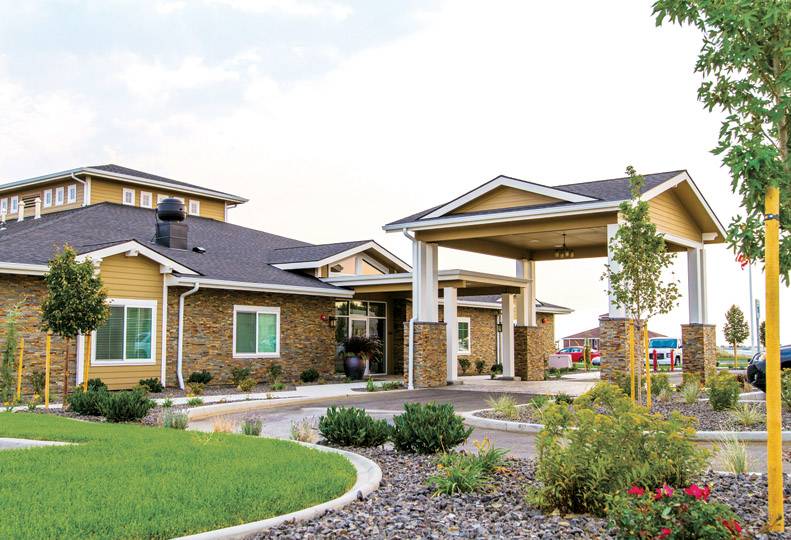 -—Cascadia Development LLC
The Fieldstone Memory Care facility envisioned on the South Hill would be similar to, but somewhat larger than, a Fieldstone facility in Yakima, pictured here.

Cascadia Development LLC, a rapidly growing Yakima-based developer and operator of senior residential facilities, plans to construct and operate a $9 million memory-care center on the South Hill, says Justin Younker, a founding principal with the company.

The development site for the facility, to be named Fieldstone Memory Care, is located on 5 acres of land at 4515 S. Freya, which is near the southeast corner of Freya Street and 44th Avenue.

Cascadia, which does business as Cascadia Senior Living & Development, recently filed a predevelopment application to begin the land-use planning process with the city and hopes to break ground in the fall, Younker says, adding that construction would take about a year.

The first phase of the development would include constructing the main 40,000-square-foot, single-story building with 60 resident beds, he says.

A future phase of the project would include constructing three 5,400-square-foot structures. Younker says the smaller structures would be adult family living facilities. Each would have six beds and would be constructed to residential standards, he says.

Fieldstone Memory Care would employ 50 people, including a 24-hour nursing staff, he says.

Poston Architects Inc., of Yakima, is designing the project, and Cascadia hasn’t named a contractor for it yet, Younker says.

The secure facilities feature a “town square,” which includes a theater, a chapel, a 1950s-themed diner, an arts studio, a barber shop, and a break room, he says.

“The town square also opens up to our courtyard,” Younker says. “It’s the core hub of our communities.”

Cascadia, which was founded in 2013, operates Fieldstone Memory Care facilities in Yakima and Kennewick. Cascadia also operates the recently opened Fieldstone Grandridge, an independent-living and assisted-living community in Kennewick.

The South Hill site earlier had been considered for some type of senior-living complex by other operators.

Earlier this year, owners of the Renaissance at Coeur d’Alene Assisted Living Community submitted a predevelopment application to explore the potential to develop the site as a 64-bed assisted-living complex.

Milwaukee-based Extendicare Health Services Inc. had proposed to develop a 120-bed, $14-million skilled nursing center at the site 10 years ago, but had dropped those plans by 2010.