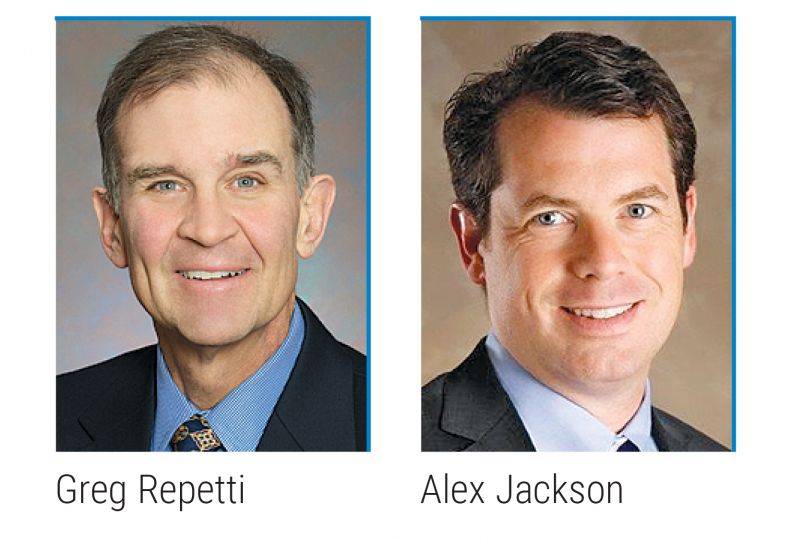 Tacoma, Washington-based MultiCare Health System has made a series of changes to its Spokane-area leadership team.

Greg Repetti, the president of MultiCare Valley Hospital, will move to occupy a new position in which he will take on the dual role as president of the Valley facility and MultiCare Deaconess Hospital, located near downtown Spokane.

In overseeing both facilities, Repetti will replace former MultiCare Deaconess President Laureen Driscoll, who has accepted a new job as the president of MultiCare’s Tacoma General and Allenmore hospitals.

Jackson joined the MultiCare Health System in 2018. Before that, he served as chief executive of Providence’s Sacred Heart Medical Center and Holy Family Hospital.

MultiCare made the announcements in a May 4 press release.

“These changes will provide opportunities for growth and strengthen our ability to respond to our changing environment,” Dr. David O’Brien, MultiCare’s East Region chief executive, says in the release.

Repetti has more than 30 years of experience in senior leadership and has served as president of MultiCare Valley Hospital since 2014. Having previously served as COO of Rockwood Clinic in 2013 and 2014 and at Deaconess from 2010 through 2013, he is credited by the organization with leading improvements in quality of care, patient experience, and staff engagement.

In February 2018, MultiCare Valley Hospital earned the Joint Commission’s gold seal of approval for advanced certification for total hip and total knee replacement. The Illinois-based Joint Commission is a nonprofit organization that evaluates and accredits more than 21,000 health care organizations and programs in the U.S.

As for Driscoll, in her three years at MultiCare Deaconess, she’s credited with helping to expand hospital service.