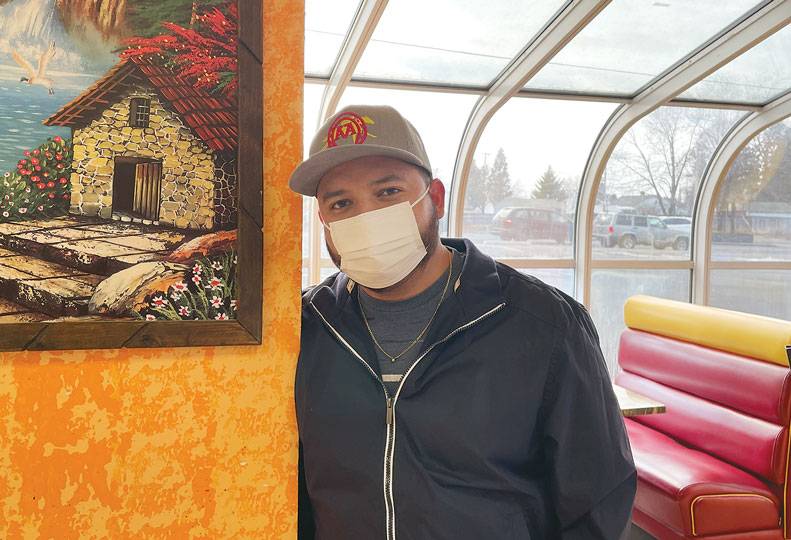 Adrian Gonzalez is just weeks from launching another Atilano’s Mexican Food restaurant, with this one being located at 901 N. Sullivan Road in a building formerly occupied by a Schlotzsky’s deli restaurant.

Gonzalez is just one of several owners among his immediate and extended family members operating a string of what will soon be seven Atilano’s restaurants in the Spokane-Coeur d’Alene area.

“Some of the restaurants are owned by me, cousins, my parents, and sister,” Gonzalez says.

The Sullivan location has about 2,400 square feet of space and will have a seating capacity of up to 70 people, post COVID-19 restrictions. It also has a drive thru, Gonzalez says.

“I plan on having a few TVs for sports out there,” he adds.

His father, Atilano Gonzales, launched the first Atilano’s at 725 W. Third, in downtown Spokane, in 2009. Adrian Gonzalez says he owns the restaurant at 802 W. Francis, on the North Side, near the intersection of Francis Avenue and Monroe Street, which opened in 2015.

The family moved to Spokane from Coos Bay, Oregon, shortly after the Great Recession in 2008.

“Mills started closing down,” he says. “It got really bad ... really nasty because of the economy.”

Gonzalez credits his father for perceiving “a hole in the market” regarding affordable,  authentic Mexican fare.

“We sold our businesses, some of which were restaurants, and we came up here and it’s been a success,” Gonzalez says.

“We have a huge following of customers, and for the longest time, customers were always asking us to set up a restaurant in the Valley,” he says. “But the timing and location never matched.”

In mid-2020, however, Gonzalez says he received a call from a landlord the family rents property from informing him the Sullivan site was available.

“He said he needed me to come in because Schlotzsky’s was going out,” Gonzalez says.

Initially, Gonzalez was hesitant to take on another restaurant in the midst of the pandemic.

“But I’m really excited about it now and feel comfortable it will be successful,” he says.