Nonprofits to collaborate on patient lodging project in Cd’A

Hospitality center to be built at Kootenai Health 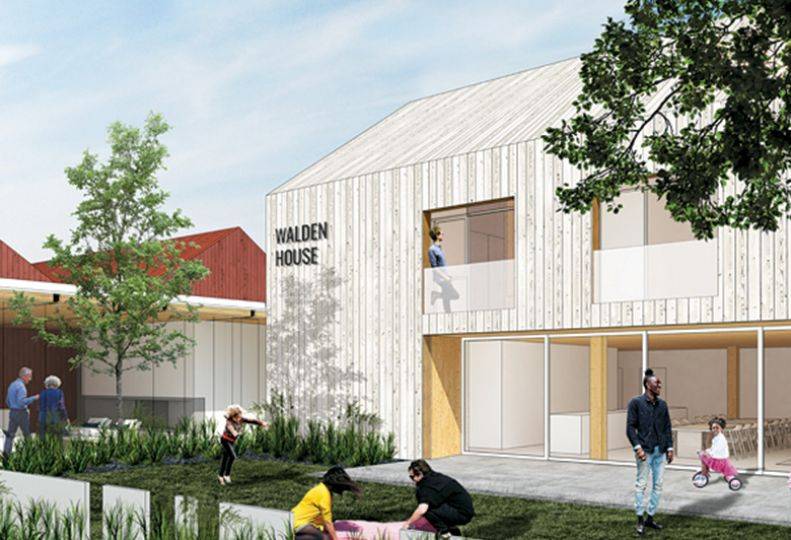 -—Community Cancer Fund
The hospitality center envisioned on the Kootenai Health medical campus in Coeur d’Alene will have 20 suites to accommodate out-of-area patients seeking services at the hospital complex, as well as their families in some instances.

The two-story facility will have 14 suites for adults and six suites for pediatric patient families, he says. The hospitality center also will have kitchen, laundry, and recreational facilities.

Keefer says a full construction cost hasn’t been estimated yet, although the hospitality center will be a multimillion-dollar project mostly financed through funds raised during Community Cancer Fund’s Showcase golf event.

The Showcase, which was held in July at the Coeur d’Alene Resort Golf Course, raised more than $4.1 million, he says.

“We wanted to try and raise as much toward the project as we could,” Keefer says. “I’d like to think we’ve put a pretty good dent in the overall cost from the Showcase event.”

Katerra, which was the presenting sponsor of the event, says on its website that the Kootenai Health Hospitality Center will be constructed with cross-laminated timber panels.

“We’re going to fund the project and work with Katerra to build it,” Keefer says. “Upon completion, we will gift it 100 percent to Kootenai Health.”

Keefer says the new Walden House will have a larger capacity and will be designed to be more accessible than the original structure, which opened in 1990 with eight bedrooms.

Walden House is named in honor of A.K. and Ellen Walden, longtime benefactors to the Kootenai Health Foundation and to the community.

Ronald McDonald House Charities of the Inland Northwest will manage the pediatric section of the center, which will be a Ronald McDonald House facility. The Spokane-based nonprofit is affiliated with an international network of temporary lodging and support providers for families with children accessing medical services.

Construction is expected to begin next summer, and the facility is to be completed in 2019, he says.

A third of all patients receiving care at Kootenai Health come from outside of Kootenai County, he says. Kootenai Health earlier had reported to the Journal that it had 13,722 hospital patient admissions in 2016, an increase of 3 percent compared with 2015 admissions.

Wolff, who has Spokane roots, also is co-founder of Katerra, which the Journal earlier has reported is looking to construct a plant in Spokane Valley, where entire structures, such as apartment buildings, will be designed and manufactured in components to be assembled at project sites.