Old Gerardo’s building to be demolished in downtown Spokane 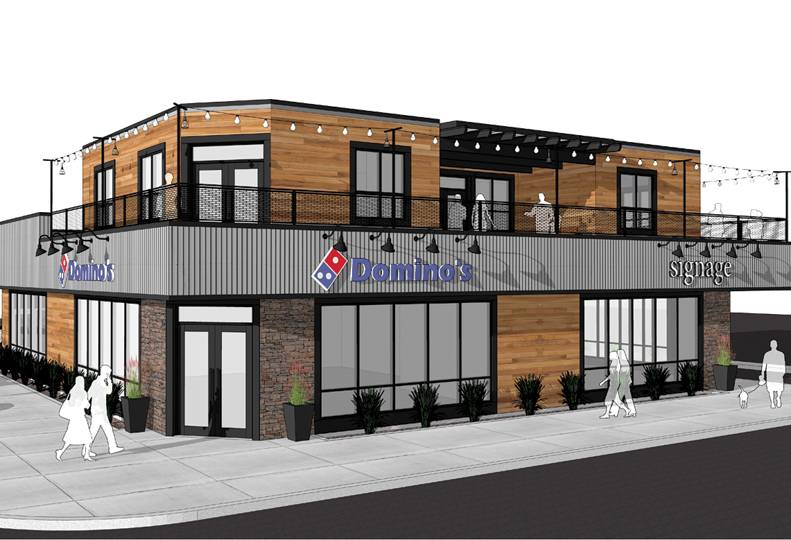 -—Mercier Architecture & Planning
The envisioned new building at 603 W. Third will have a total of 6,000 square feet of floor space. As shown above, a Domino’s Pizza outlet will be one of the tenants.

A downtown building formerly occupied by a Gerardo’s Authentic Mexican Food restaurant soon will be demolished to make way for a new building, according to project architect Shane Mercier, of Spokane Valley-based Mercier Architecture & Planning.

Demolition of the 3,000-square-foot building, located at 603 W. Third, will begin within a few weeks, Mercier says.

Construction of the two-story building will begin as soon as the permit is obtained, he says, and likely will be completed by the end of the year. Yost Gallagher Construction, of Spokane, will be the general contractor for construction of the new building, which will include roughly 6,000 square feet of floor space. Mercier says he is unsure what the total cost of the project will be.

Mercier says the new building will be occupied by Domino’s Pizza outlet and one other commercial occupant that has yet to be identified.

According to City of Spokane records, the building originally was occupied by a Señor Froggy restaurant.

Gerardo’s Authentic Mexican Food continues to operate restaurants at 2706 N. Monroe, on Spokane’s North Side, and at 723 First Street, in Cheney.

Separately, Mercier Architecture & Planning is designing an additional building for Spokane Valley-based aluminum castings equipment manufacturer Wagstaff Inc., on which Yost Gallagher, is the contractor, as previously reported in the Journal. The architecture firm also is designing multifamily units that potentially could be included in the six-story James S. Black Building downtown.

In addition to the Wagstaff project, Yost Gallagher was recently selected as contractor on renovations to the 100-unit Riverfalls Tower apartment complex.