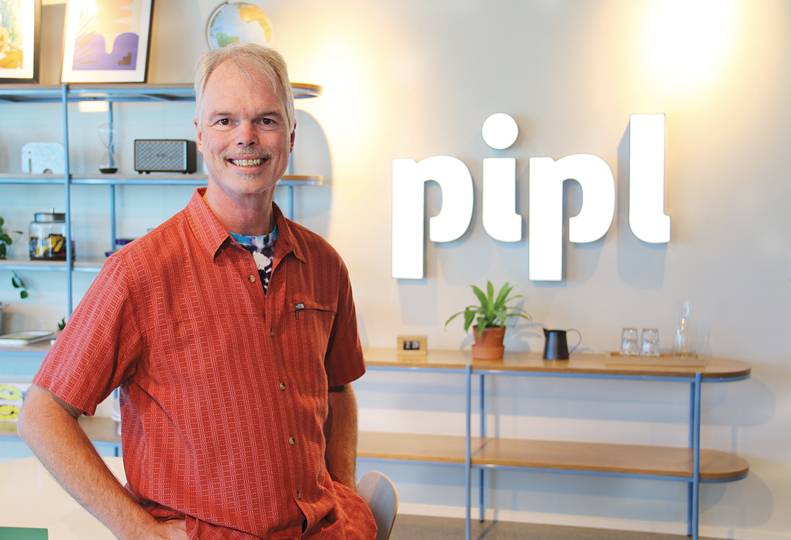 In the digital age, a new identity can be created with the click of a few buttons, data breaches and privacy issues seem to be weekly occurrences, and public trust in these systems is eroding.

Enter Pipl Inc., a 14-year-old Post Falls-based technology company that specializes in connecting the online fragments of a person’s identity to verify that the person on the other side of the screen is who they say they are.

In the digital age, people self-issue identities in the form of social media, email, and other digital accounts that don’t have a recognized verification system, Matthew Hertz, CEO of Pipl, contends. That makes it difficult to know if it truly is a person on the other side of a digital transaction, whereas in the past, identity was determined by government-issued sources, such as Social Security numbers, driver’s licenses, and passports, he says.

Pipl has developed search engine that mines for those identity fragments and connects them to a real person. The software, called Pipl Search Pro, allows users who subscribe to search over 3 billion people and identifies usernames, phone numbers, emails, and other information connected to a person.

Its client base currently includes heavy hitters like Walmart Inc., Microsoft Corp., and Nasdaq Inc., along with other Fortune 50 organizations, Hertz says, which has aided the company’s rapid growth.

Over the last year, Pipl has grown by roughly 50%, Hertz says. It currently has about 120 employees who are based either at the Post Falls headquarters or at the company’s office in Israel, he says.

Richard Leavitt, chief marketing officer, says over half work at the Israeli office as that is the company’s base for engineering and product development, and about 30 report to the Post Falls office. The rest are established in cities in which Pipl has clients and work for the company remotely, he says.

Leavitt adds that Hertz spends about half his time in Post Falls, and the other have at the office in Israel.

In the last year, the company has brought on three new executives. It currently is searching for people to fill the chief financial officer, product executive, and head-of-talent positions, he says, and is still hiring to fill other positions within company departments, such as the marketing team, which Leavitt wants to more than double within the next quarter.

Pipl also is working on establishing its first South American office in Brazil, which will have one senior level employee to start, he adds.

To accommodate the expected growth at Pipl’s headquarters, the company recently moved into its new space at 510 S. Clearwater Loop, in Post Falls, which is roughly four times bigger than its previous space, Leavitt says.

He declines to disclose the company’s annual revenue. He says it raised $18 million in January of 2018, and, despite its rapid growth, has been able to turn a profit consistently from product sales to customers alone.

He’s quick to note, however, that the company still has areas it needs to work on relating to growing pains and cultural differences between the offices.

The company, which was founded in 2005, got its start as a consumer-based people search engine, but quickly realized that there was a commercial need for digital identity verification.

The company discontinued its free version of the search engine in June to prevent user and automated bot abuse of the tool, according to information on its website.

Now, the company vets every user to ensure that the data mined in the tool is being used responsibly, Hertz asserts.

“When you are our customer, you would have to show that you have a legitimate use case for this,” he says. “We really make sure that when it is used, it is used for a good purpose, and all the privacy safeguards that we need are put in.”

“When we say all these fragments of identity, it’s identity; we don’t know what you do online, nor do we care,” he says.

For the future of Pipl, Hertz contends it will be at the center of the burgeoning global identity crisis as more companies and governments turn to digital identities and the convenience of online services.

Leavitt says, “We now have this situation where social mobility, you could argue, is completely dependent on trust. Without trust, this entire digital world could start to unravel a bit. That’s where we’re plinked, right in the center of this. Can I trust who’s on the other side of this tiny, fragmented piece of identity?”

Hertz contends that the traditional “identity guardians,” such as credit bureaus, are struggling to keep up with the technology and identity shifts.

For example, Hertz says that in 10 or 20 years, traditional polling stations could be obsolete, and voting could be done entirely online.

Leavitt adds this is already the case for countries like Singapore, which is rolling out a national digital identity framework that will allow citizens and businesses to perform online transactions safely.

Leavitt says, “The truth is that this is no longer about convenience; these things become about social mobility and your ability to interact with society. So, that’s the nasty problem, this identity crisis, not tracking behavior.”

He adds, “We’re more about this identity crisis that the world is having right now about building safe systems.”