Industry here could be buoyed by market’s momentum, in-migration 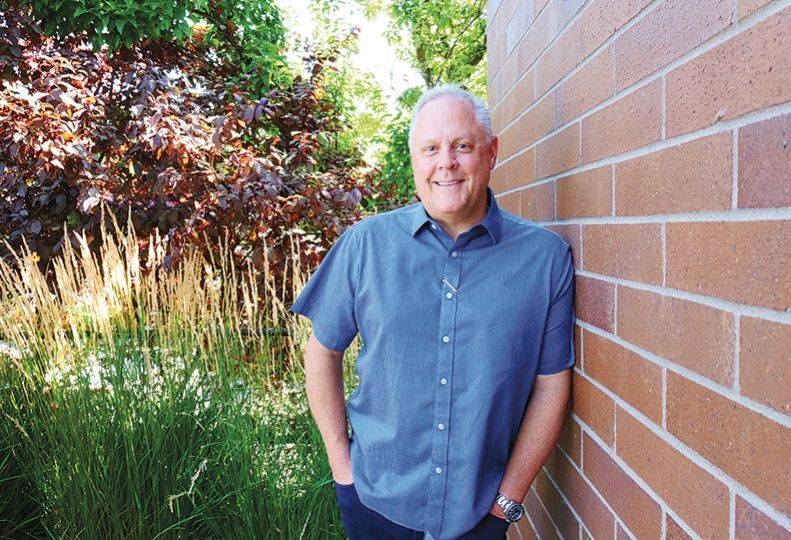 -—Virginia Thomas
Scott Wetzel, president of Windermere Services Mountain West, says the cyclical nature of residential real estate causes the number of Realtors to expand and contract with the market.

Real estate experts and market observers here predict an impending economic downturn will have a winnowing effect on the industry’s workforce, though Spokane’s popularity as a target for in-migration could slow the effects of a downturn on the local market.

Rob Higgins, executive officer of the Spokane Association of Realtors, says membership has been growing at a steady rate, but he expects that to change as economic conditions create a slowdown in the real estate market.

He says the association has 2,560 members in Spokane County, and membership has been growing at a steady rate of about 30 members per month.

Higgins adds, however, that as the market slows, so will membership and the number of agents in the market.

There’s historical precedent for that, he explains. Prior to the Great Recession, the Spokane Association of Realtors had about 2,400 members. By the time the dust settled on the housing market in 2012, membership had decreased to 1,400 members.

“We saw sales down close to 30% this July compared to July a year ago, and when sales slow, we see membership drop a little,” Higgins says. “If the market continues to slow down, we will see a slowdown in new members, because there will be people quitting because there’s not enough activity to justify sticking around.”

He adds, “Sometimes, that doesn’t happen right away. We’re generally a little behind the rest of the state. Historically that’s the case—sometimes as much as a year difference.”

Some large real estate companies such as Seattle-based Redfin Corp. and Denver-based Re/Max LLC have reduced their workforce this summer—Redfin by 10% and Re/Max by 17%. Remax has two locations in Spokane and one in Spokane Valley. Redfin’s website shows a few agents operate in the Spokane area, but the company doesn’t have a physical location here.

“We don’t have enough work for our agents and support staff, and fewer sales leaves us with less money for headquarters projects,” Redfin CEO Glenn Kelman wrote in a statement to Redfin employees on the company’s blog in June.

While home sales in Spokane County slowed in July, the median price rose to $420,000, an increase of 6.3% compared with the year-earlier month. At 1.7 months’ supply, the inventory of homes on the market is historically low, though notably higher than the July 2021 estimated supply of 14 days. On a national level, the Federal Reserve has increased interest rates three times this year, leading typical interest rates on conventional fixed-rate 30-year home mortgages to rise to about 5%.

“The supply side of the market has slowed, meaning permitting is starting to slow as a lot of people evaluate projects in a phase of higher rates and a weaker economy,” Forsyth says.

The combination of factors—price, supply, and interest rates—creates conditions ripe for increased competition among agents, he says.

“Prices were already pretty high in terms of what homes were going for, but now the price of money is considerably higher for mortgages, and that’s going to price people out,” Forsyth says. “From a Realtor point of view, you’re going to have fewer buyers, which means more competition against other Realtors.”

Wetzel notes that market conditions now are different compared to the previous downturn in 2008.

Forsyth says economic conditions also differ from the Great Recession in that those pushed out of today’s real estate workforce will enter a healthy jobs market.

Forsyth says agents currently working in the Spokane area are likely to face a choice: make less money in real estate than they’d been earning, or try to find a different career.

“As we’ve seen in the past, there’ll probably be somewhat of a shakeout occurring,” Forsyth says. “This is a market that’s been very robust. There’s a lot of people who got into this market as real estate agents.”

Wetzel says agents will have to do more work to secure sales.

“The last few years, they’ve been working very hard, but it’s been presenting offers and processing transactions,” Wetzel says. “Now, our full-service agents are having to dig deep and reconnect with their sphere and continue to work their business.”

Forsyth also agrees that agents in the Spokane area could experience a slower decline than agents elsewhere.

“We’ve enjoyed a whole bunch of people moving here in the last five to 10 years, and that keeps a lot of activity going in the real estate sector,” Forsyth says. “The question moving forward is: Are we going to see that same effect as we move into a slowdown over the next 12 months? If we suddenly see a strong decline in the number of people moving here, that, along with higher interest rates, is also going to put pressure on the real estate services side.”