At 90, Realtor Pat Kenney see no reason to retire

Veteran broker has been in business since 1953 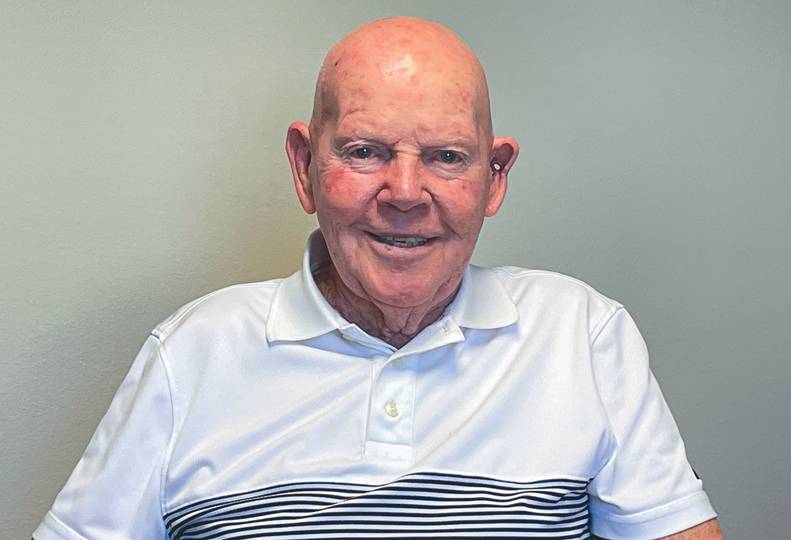 Having been a real estate agent in Spokane since 1953, 90-year-old Pat Kenney says he’s never seen the residential housing market as hot as it is now.

The present market even exceeds the strong markets of the mid and late 20th century, he says.

What was also smaller then was the amount of paperwork required for a property owner to list a residence for sale and a homeowner to buy it.

“Forty pages to fill out to list a damn house,” he says incredulously. “It’s ridiculous.”

Bob Kenney began working for his father when he was 22.

When asked if he planned to work until 90 like dad, he answered with an emphatic, “No.”

Pat Kenney isn’t showing signs of slowing, though most of his work anymore is limited to finding leads for the business.

Pat Kenney’s realtor’s license is up for renewal in November, and upon recently completing the renewal application, he says with a laugh that he inserted a note in a return envelope that read: “After 67 years of going to these classes, I could teach them all. So, I will just ask for a waiver.”

He founded his company as an independent brokerage in 2006 after selling the long-time real estate brokerage FS Barrett Co. LLC he acquired in the late 1960s.

Kenney was a key figure in helping to establish the Independent Brokers of Spokane, in 1985, a nonprofit group of a little more than two-dozen brokerages and more than 40 affiliates across Spokane.

Current members include such prominent brokers as Please Realty LLC, R.H. Cooke & Associates Inc., Kestell Co., and 4 Degrees Real Estate, among others, according to the group’s website.

“I really enjoy the real estate business,” he says. “I’ve got a lot of friends who were once customers. There’s no reason to retire. I’m still driving cars, still going to grocery stores, and my health is good.”

He did confess that Veteran’s Affairs sends a health professional to his home every morning from 7 a.m. to 9 a.m. to make sure he gets his day started in safe fashion.

“It’s all working out good,” he says.

Kenney, who was born in Sioux City, Iowa, lived in Minnesota briefly before moving to Spokane at age 10 in 1941.

“Mom and dad had six kids in a 1937 Chevrolet coming over the mountains and frightened everyone,” Kenney says. “Minnesota was as flat as can be. It was just like a new world.”

A graduate of Gonzaga Preparatory High School in 1949, Kenney completed his freshman year at Gonzaga University in the 1949-50 academic year and then was drafted into the U.S. Army and served during the Korean War from May 1950 to May 1952, he says.

“I can remember the shells going over the top of us for 30, 60 days,” Kenney says of the fighting north of what’s now Seoul, South Korea.

Following his service, he returned to Gonzaga University and completed his bachelor’s degree in business in 1955. However, before graduating, Kenney married his wife, Joann, and went to work for FS Barrett in 1953 where his father, Charles Kenney, also was employed, he says.

“Dad’s health was bad, so they let me come in to work when I was a sophomore,” Kenney says. “I was 21 and everyone in the office was over 60.”

Kenney says he appreciated the way FS Barrett, founded in 1894, did business.

“FS Barrett was a little different; they didn’t compete with the buyers or the sellers,” he says. “None of us ever got rich because we didn’t go in with partners.”

Kenney says the key to longevity as a Realtor is simple.