Downtown Spokane's Bennett Block is up for makeover 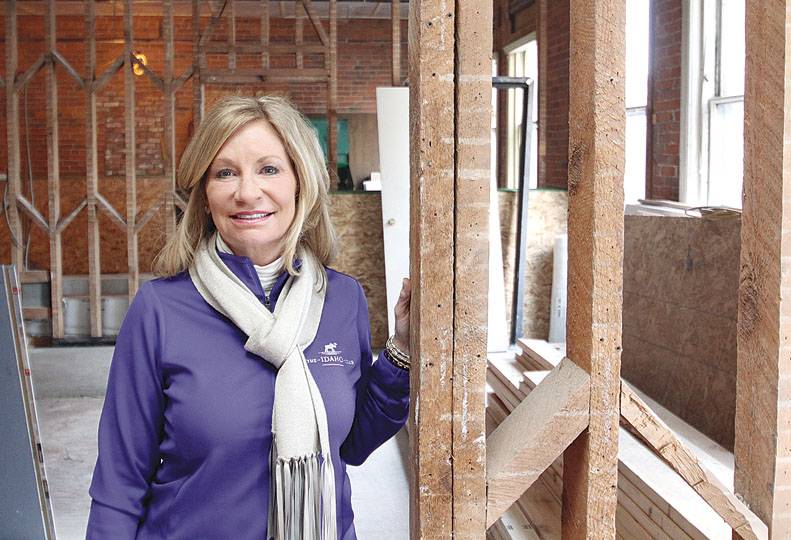 -—Mike McLean
Dru Hieber says the original timber framing in the Bennett Block is one example of its solid construction. 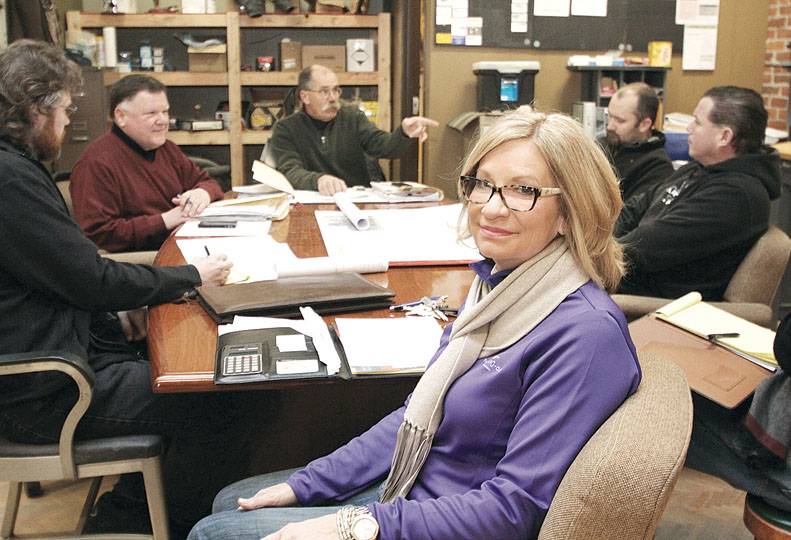 -—Mike McLean
Dru Hieber meets with her project team at the Bennett Block. Kilgore Construction Inc., of Colbert, is the general contractor, and Nystrom Olson Inc., of Spokane, designed the improvements. 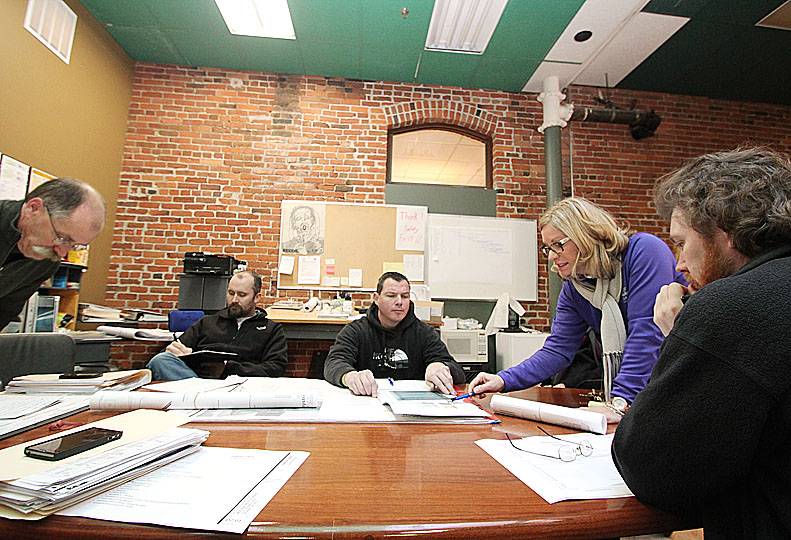 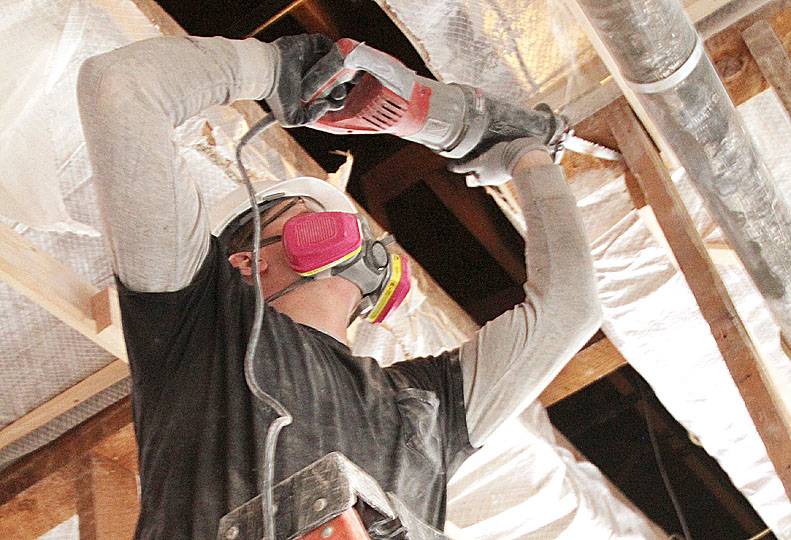 Dru Hieber, who represents the third generation of her family to own the Bennett Block downtown, says Hieber Properties Inc., is renovating the historic property at the northeast corner Main Avenue and Howard Street with the goal of restoring its vitality for her next generation.

The project will include improving all three floors of the 35,000-square-foot complex of three connected buildings, changing up the mix of tenants there, and adding a treed plaza on the east side of Bennett Block, Hieber says.

The ground floor, she says, will be “restaurant row” with at least four eateries.

Hieber says the second-floor space, with its skywalk connections to Macy’s department store and the Parkade Plaza, will accommodate retail tenants and office tenants looking for unique space, while the third floor, most of which has been vacant for more than 60 years, will be new office space.

Mizuna restaurant, a current Bennett Block tenant located at 214 N. Howard, will expand to have a new kitchen and banquet facilities, Hieber says.

A prospective tenant also has submitted a letter of intent for ground-floor space on the Main Avenue side of Bennett Block, although Hieber declines to disclose whether that involves current tenant Rocky Rococo.

David Peterson, of Goodale & Barbieri Co., says representatives of a “quality” restaurant visited the Bennett Block last week and were eyeing another tenant space there.

Goodale & Barbieri is developing the project and will lease the space on behalf of Hieber Properties, Peterson says.

Kilgore Construction Inc., of Colbert, is the contractor on the project, and Nystrom Olson Inc., of Spokane, designed it. The Spokane office of Seattle-based DCI Engineers is the structural engineer on the project.

Hieber says she expects the project will be completed this fall.

She declines to disclose the cost of the project.

“It’s lots of money,” Hieber says. “But it’s money invested to continue improving the Bennett Block for my next generation.”

The Bennett Block originally was home to a hotel, which was later converted into retail space on the ground floor and apartments on the upper floors.

Hieber says some of the third floor space hasn’t been touched since the 1930s and still has the original timber framing that was constructed with square nails.

“It’s unbelievably solid for how old it is,” she says of the Bennett Block.

Hieber says she’ll seek to have the original Bennett Block structures, which are more than 120 years old, listed on the National Register of Historic Places.

“We’re taking an old girl and dressing her up and presenting her back,” she says.

Hieber’s father, John G.F. Hieber II, refurbished portions of the Bennett Block in the late 1970s, and installed an exterior glass elevator and open stairway that provides access to the north, or rear, entrance of the complex from the adjacent parking lot, which the Hieber family also owns.

“We’re going to enclose the elevator and stairwell and make an inviting entrance,” Hieber says.

An “urban forest” plaza will wrap around the east side of the building to the renovated rear entrance, she says.

The plaza might take up some of the land formerly occupied by Cyrus O’Leary’s restaurant and bar adjacent to the Bennett Block, although Hieber also says she wants the project to retain the current number of hourly-fee parking spaces east and north of the Bennett Block structures.

The Cyrus O’Leary’s restaurant closed in 2012 and Hieber Properties razed its ’70s-era building as a precursor to the Bennett Block revitalization and restoration project.

The overall project will include installing all new electrical and mechanical systems throughout the complex, she says. The windows and skylights and some masonry will be replaced or restored with deference to their original design.

When the project is complete, the Bennett Block will have a dozen tenant spaces ranging in floor space from 550 square feet to 4,600 square feet in addition to four street-level restaurant spaces, site plans on the Goodale & Barbieri website show.

Hieber says her vision includes changing the mix of tenants at the building, with the goal of attracting visitors from the Convention Center and planned convention hotel, as well as from Riverfront Park.

At least two tenants, Spokane Exercise Equipment Inc., currently located on the street level at 530 W. Main, and Spokane Uniform House Inc., next door at 526 W. Main, will relocate outside of the Bennett Block.

Spokane Exercise Equipment has announced plans to move within a few weeks one block west and across the street to the former Huppin’s Hi-Fi, Photo & Video building, at 421 W. Main, which an investment group that includes Spokane sports team owner Bobby Brett bought last month.

The investment group also owns the building formerly occupied by musical instrument retailer Dutch’s Inc. at 415 W. Main. That building is being renovated for a restaurant tenant.

Spokane Uniform says, as of Monday, it hadn’t secured a new location yet.